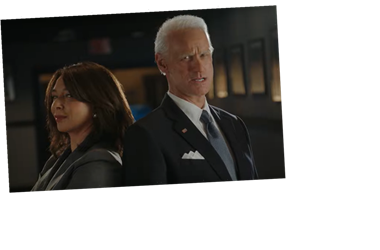 Carrey and Rudolph will appear in-character together on “Saturday Night Live” on October 3. Chris Rock is scheduled to host the episode, which will kick off the long-running NBC show’s Season 46 and will feature musical gust Megan Thee Stallion.

Rudolph previously portrayed Harris on “Saturday Night Live” and told IndieWire in August that the California senator’s selection as Biden’s running mate made her hopeful and energized her to follow the presidential election.

“It’s terribly exciting to feel like someone so incredibly worthy of the nomination has it, and someone who I admire and respect,” Rudolph said in the August interview.

As for Carrey, Season 46 will mark the actor’s first time portraying Biden on “Saturday Night Live.” The former vice president had been portrayed by Woody Harrelson, John Mulaney, and Jason Sudeikis in Season 45.

Carrey regularly weighs in on United States politics on his social media handles, primarily via a variety of colorful political cartoons. Carrey uploaded his latest cartoon, which portrayed Trump in a red Ku Klux Klan outfit, on Thursday evening:

Political commentary aside, Carrey recently starred in the “Sonic the Hedgehog” video game movie as the villainous Dr. Robotnik. His other recent film credits include 2016’s “The Bad Batch” and “Dark Crimes” and the 2014 “Dumb and Dumber To” film. Carrey’s most recent television credit was on Showtime’s “Kidding,” a comedy-drama series that he starred in alongside Frank Langella and Judy Greer. “Kidding” was cancelled in July.

As for “Saturday Night Live,” the show’s impending return to studio production has been highly-anticipated. Like most other television productions, work on “Saturday Night Live” was adversely impacted by the coronavirus pandemic; the show’s team produced several virtual episodes via teleconferencing technology to a mixed reception over the summer. Saturday’s show will be filmed in NBC’s Manhattan studios.

Check out the “Saturday Night Live” teaser of Carrey and Rudolph as Biden and Harris below: