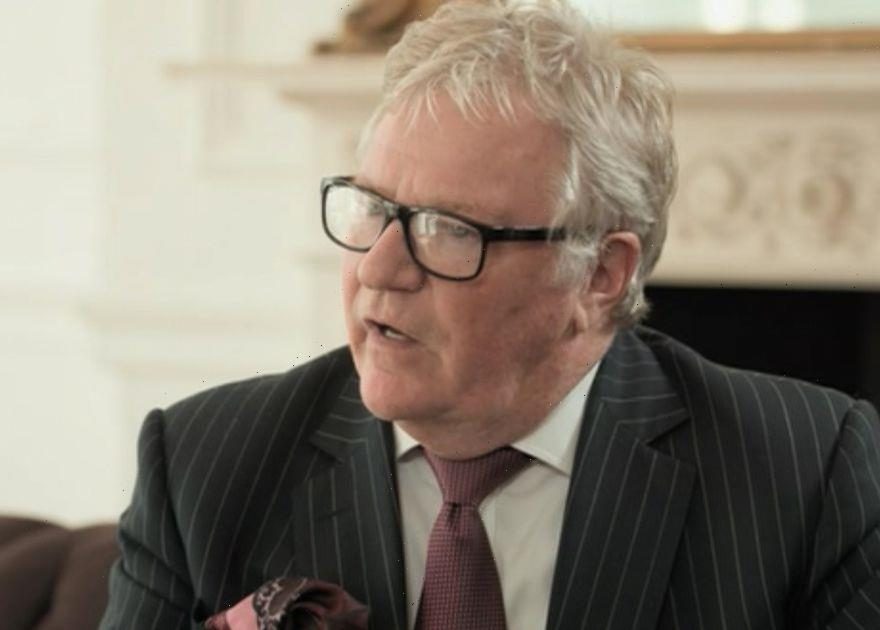 Jim Davidson was filmed storming off-set during an interview with Ashley Banjo, after the Britain's Got Talent star called him "racist".

In Ashley's documentary, Ashley Banjo: Britain in Black and White, the 33-year-old spoke to Jim to have a "real, direct, honest" chat – but it didn't go well.

Before long, Jim told the Dancing on Ice judge: "Stick to the dancing, you're brilliant," and then walked out of the room as Ashley tried to get him to return.

Ashley spoke to Jim after the comedian posted a video called "Who Needs Diversity?" last year, in which he branded the dance troupe's performance as "ridiculous" and "indulgent".

The routine saw a dancer dressed as a police officer kneel on Ashley's neck, in a shot which echoed the scene of George Floyd's murder at the hands of Derek Chauvin.

Ashley told Jim: "As far as I'm concerned, that video you made about Diversity… it was racist in every way. Every single way."

Jim attempted to defend his words, saying: "If I was talking about you it would be personal rather than be racist."

Jim claimed that race had nothing to do with his YouTube video, instead saying that he didn't think the Black Lives Matter performance was appropriate for a "late entertainment show".

He even went on to say: "You should know that I believe the outcome from that dance is more than your wildest dreams.

"People in this country who are frightened, old white people if you like, like me, are thinking there’s riots going on in Brixton, in south east London where I grew up, there’s stuff going on in America that’s very unsavoury, everyone’s frightened.

Before Jim made a swift exit from the interview, he referred to Ashley as "George", correcting himself as he said: "I beg your pardon, it's on my mind at the moment."

Ashley followed after him but couldn't get him back.

He said: "I wanted to have a chat, a constructive, even if not palatable, chat about racism. And he’s telling me that I didn’t listen. I was listening, I just didn’t agree."

Fans praised the TV personality, with many saying he'd done an "amazing job" at trying to show Jim that his words has consequences.