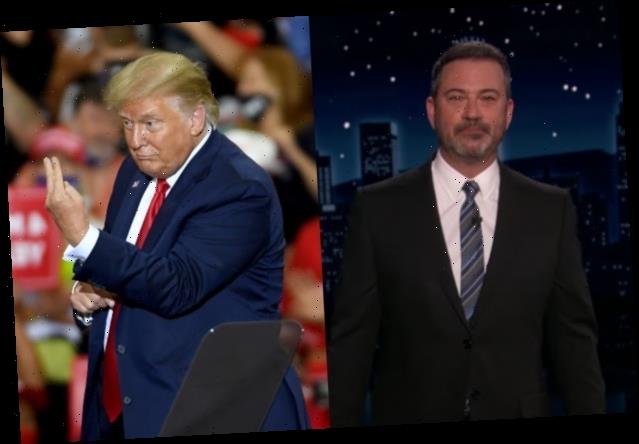 On Thursday, Jimmy Kimmel revealed the origins of April Fools’ Day. He then shared how Donald Trump celebrates the April 1 holiday.

“At Mar-a-Lago today, Donald Trump played a very cruel prank on his son Eric,” Kimmel said. “He opened his arms and pretended like he was gonna hug him.”

A good one for sure, but not his best ever.

“Remember last year when Trump promised the coronavirus would disappear by Easter?” Kimmel set up. “That was a good one. That was maybe the best one ever.”

“April Fools is too easy this year,” he continued. “All you have to do is sneeze and you’ve won.”

Also during his monologue, Kimmel joked about Sarah Palin getting COVID-19, Russia’s boast of having a vaccine for animals and all of the new crazy Peeps products developed just in time for Sunday’s Catholic holiday. And if you thought he was about to ignore Oxford University’s study into “Super Gonorrhea,” well, you just don’t know the “Man Show” alum very well.

Towards the tail end of the opening segment, “Jimmy Kimmel Live” security guard Guillermo shared his socially-distanced Dodgers Stadium chat with all-star pitcher Clayton Kershaw. After all, it was Thursday was Major League Baseball’s Opening Day.

Keeping his Thursday tradition alive, Kimmel then rolled the latest edition of “This Week in Unnecessary Censorship.”

The Easter holiday on Sunday makes this week Spring Break for many. In turn, that makes “Jimmy Kimmel Live” pretty much the only late-night game in town this week.