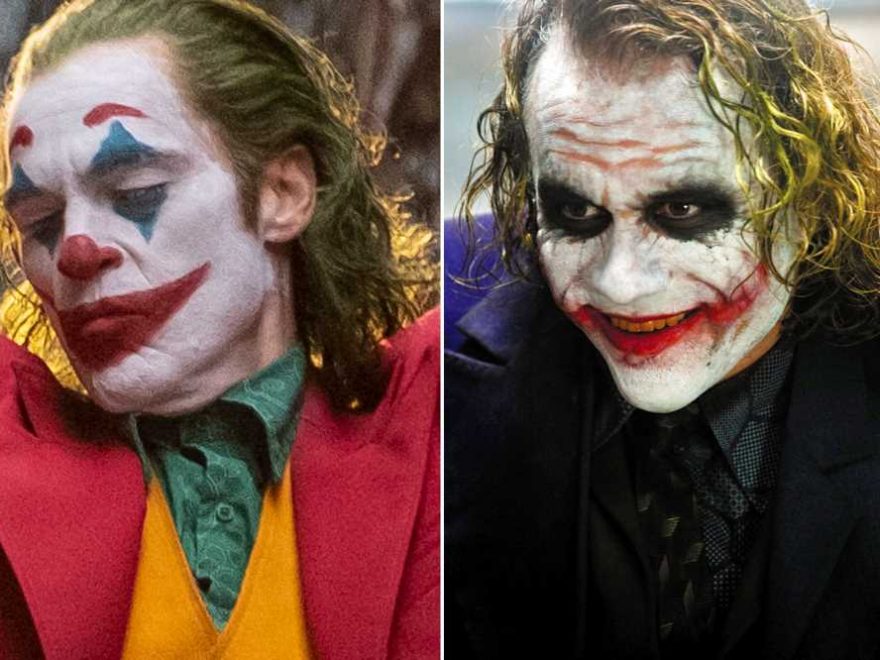 Joaquin Phoenix aimed to make a storied DC Comics villain his own creation with his performance in Todd Phillips’ upcoming drama Joker.

Speaking to Venice Film Festival attendees at Saturday’s press conference for the production (which is set to hold its world premiere screening later today at the Italian event), the Oscar-nominated actor revealed he didn’t look to past live-action interpretations of Batman’s iconic foe to inform his portrayal of the maniacal character in a film that reportedly strays from familiar plot elements of its literary source.

“The attraction to make this film and this character was that we were going to approach it in our own way, so, for me, I didn’t refer to any past iterations of the character,” the 44-year-old said during the presentation (video of which you can watch above), referencing past big-screen versions played by actors like Suicide Squad‘s Jared Leto and the late Heath Ledger, who won an Oscar for playing the Caped Crusader’s archenemy in Christopher Nolan’s 2008 blockbuster The Dark Knight. “It just felt like something that was our creation in some ways.”

The Gladiator star fronts Phillips’ new, gritty character study as Arthur Fleck, a societal outcast, performing clown, and aspiring stand-up comedian whose inner turmoil manifests in sinister ways as he grapples with his ailing mother’s wishes to get even with her former employers, the Wayne family, in 1981 Gotham City, while balancing relationships with a talk show host (Robert De Niro) who has a hand in his downfall and a neighbor (Zazie Beetz) who captures his romantic interest.

According to the director, prior to shooting he spent six months talking with Phoenix to hone their unique take on the dark figure, delving into everything from the way the actor would perform the Joker’s signature laugh and voice to how he dressed in everyday life — and the amount of weight the star would have to lose in order to lead the project.

“The first thing was the weight loss, that’s really what I started with. As it turns out, that impacts your psychology, and you really start to go mad when you lose that much weight in that amount of time,” Phoenix recalled of the gaunt figure he had to achieve. “There’s also a book about political assassins that I thought was interesting, and breaks down the different types of personalities that do those sorts of things [I do in the film].”

Still, when he’d find himself drilling down on a mental diagnosis for the Joker’s psychological breakdown, he steered himself in a different direction.

“I wanted the freedom to create something that wasn’t identifiable. This is a fictional character, and I didn’t want a psychiatrist to be able to identify the kind of person he was,” Phoenix continued. “We were getting into medication and what issues he might have, but [I thought] let’s step away from that. We want to have the room to create what we want.”

“Throughout the course of shooting, every day felt like we were discovering new aspects of the character and shades of his personality, up until the very last day,” he finished.

Joker hits theaters Friday, Oct. 4. Watch Phoenix discuss the character in the video above, and check back on EW.com later today for critical reactions to the film out of its Venice Film Festival world premiere.