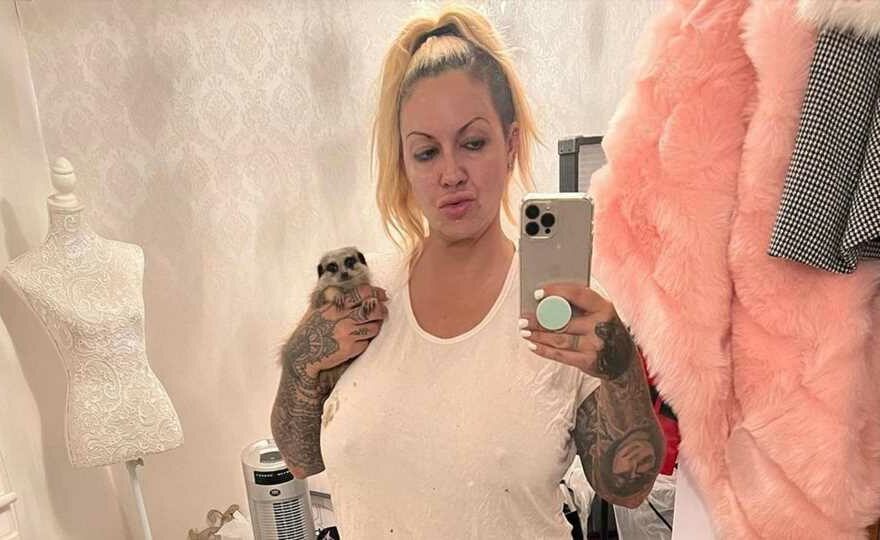 FORMER glamour model Jodie Marsh has once again branded herself as a 'catfish' after posting another make-up free snap.

The former reality TV star took to social media to show off her transformation. 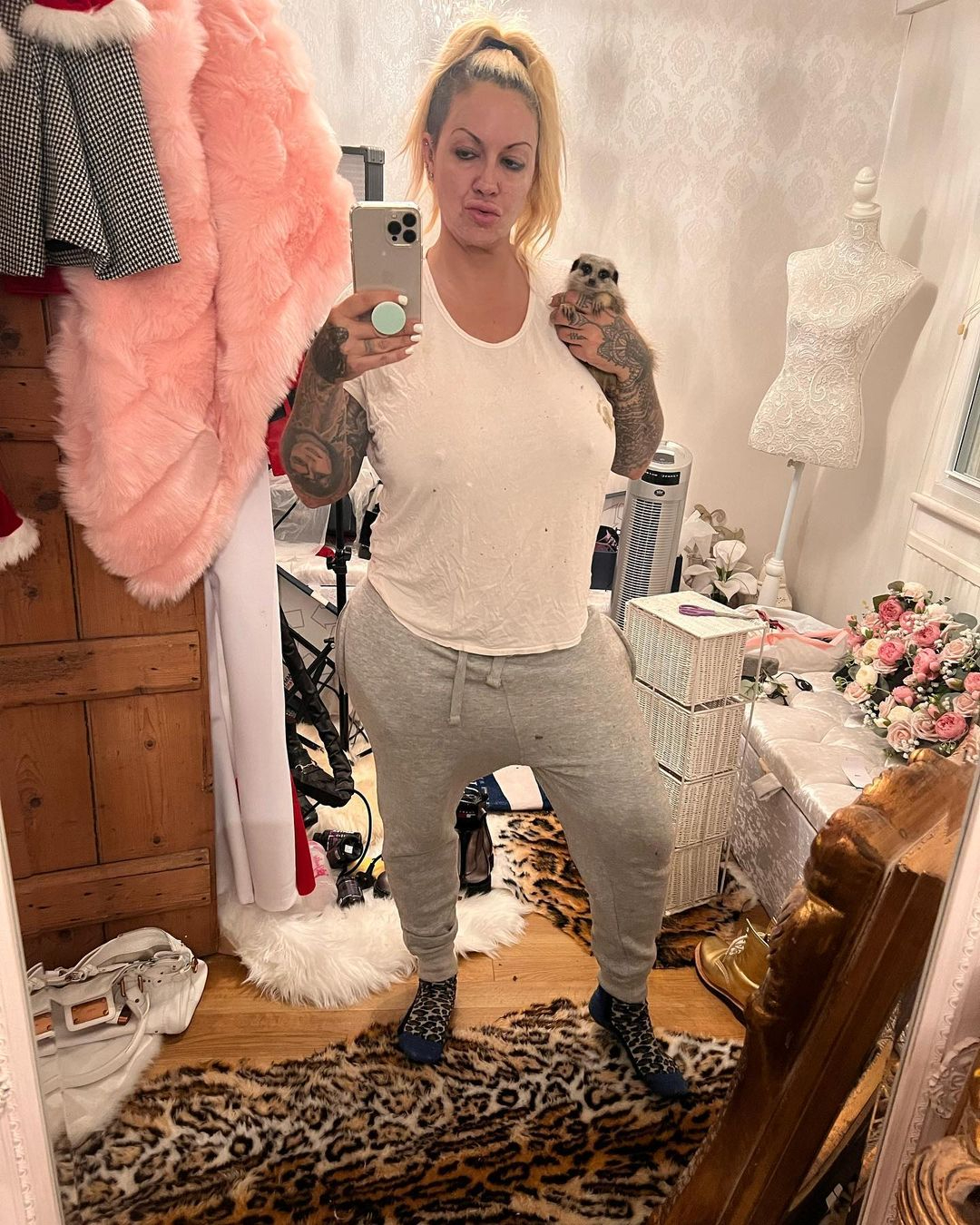 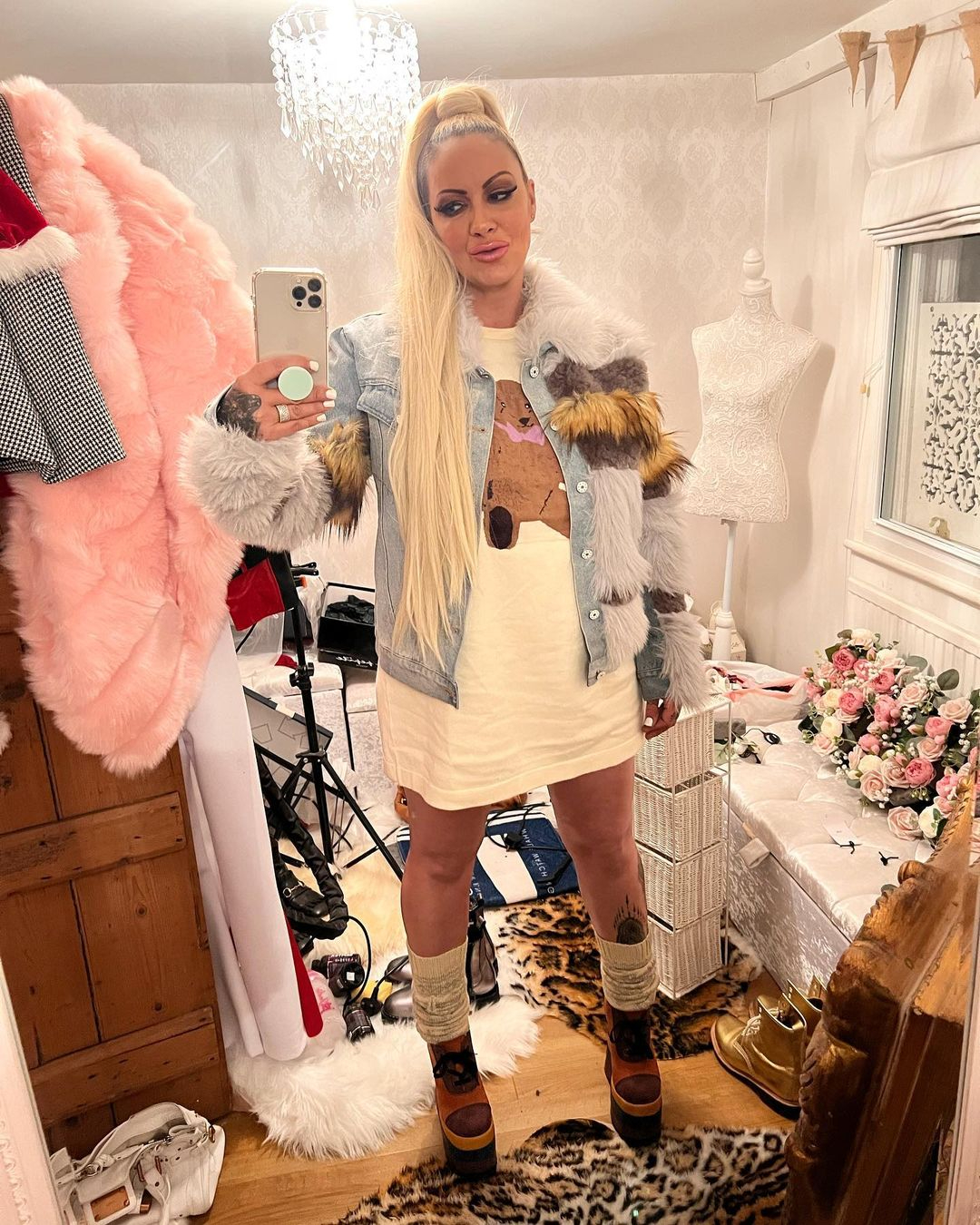 Jodie, 44, posted two snaps to Instagram, the first shows her lounging in her room in grey joggers, leopard print socks and a seemingly stained white top.

She held her pet meerkat in her creased outfit as she relaxed in her dressing room with more clothes and other household items such as flowers and a fan cluttering the room.

The former Page 3 personality humorously pouted for the camera as she opted to go braless with her hair tied up in a loose pony tail.

But she then posted a second picture on the social media platform that showed the star looking far more glamorous. 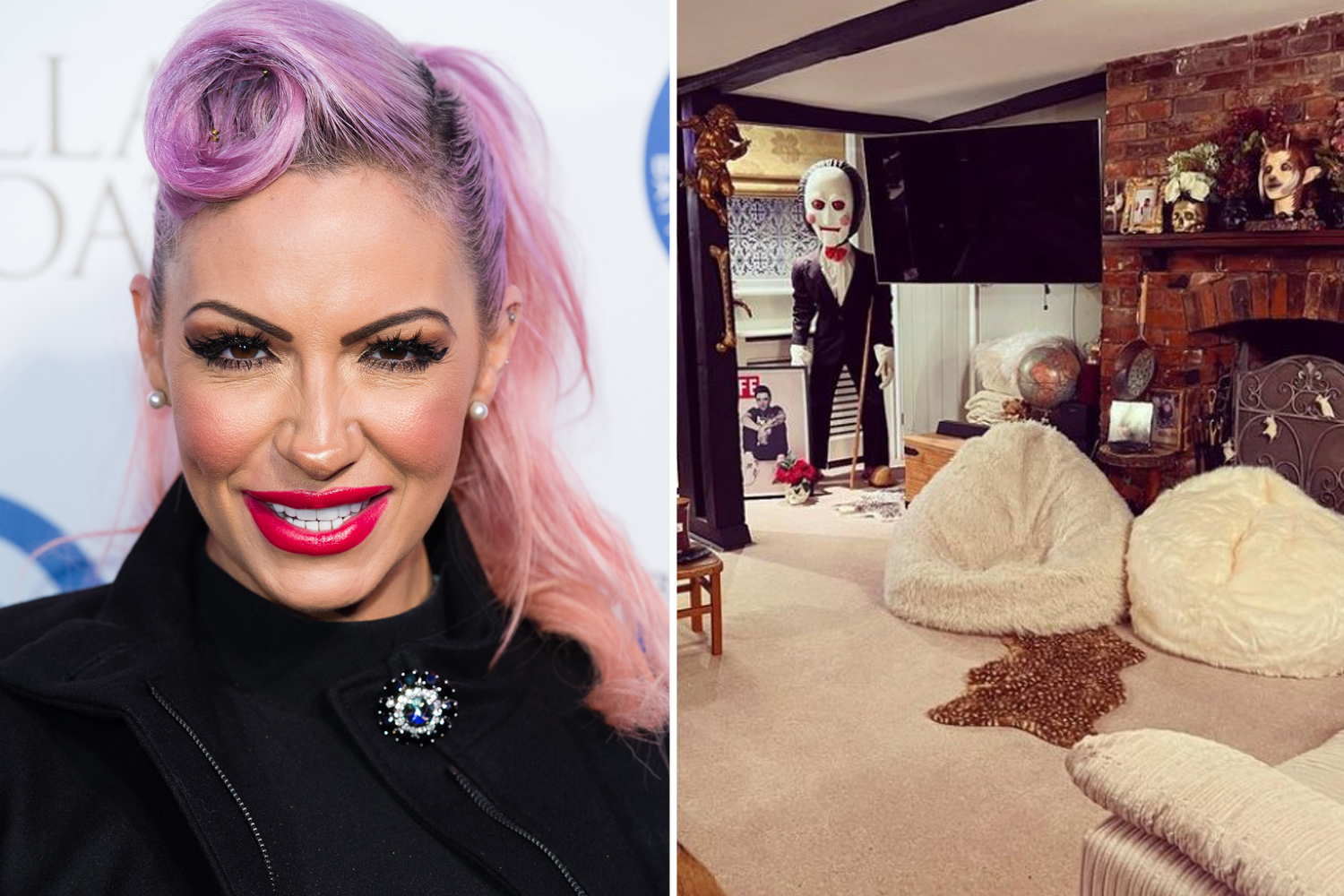 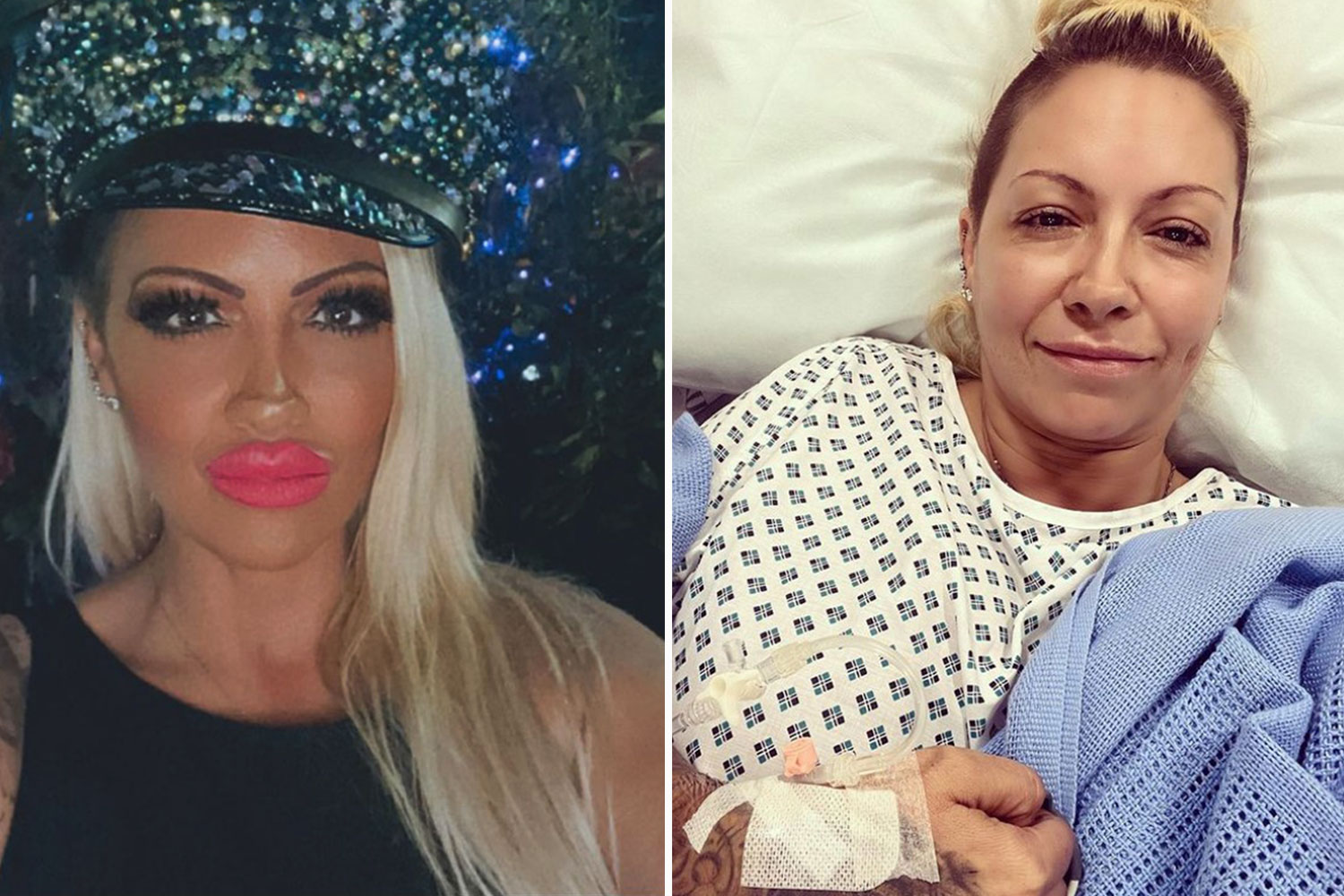 Jodie wore heavy makeup as she was dressed in a denim jacket lined with faux fur on top of a long white top.

She opted for heavy eye makeup with thick liner,smoky eye shadow and she showed off her lips with a bright pink gloss as she stood in boots that were lined with leg warmers. 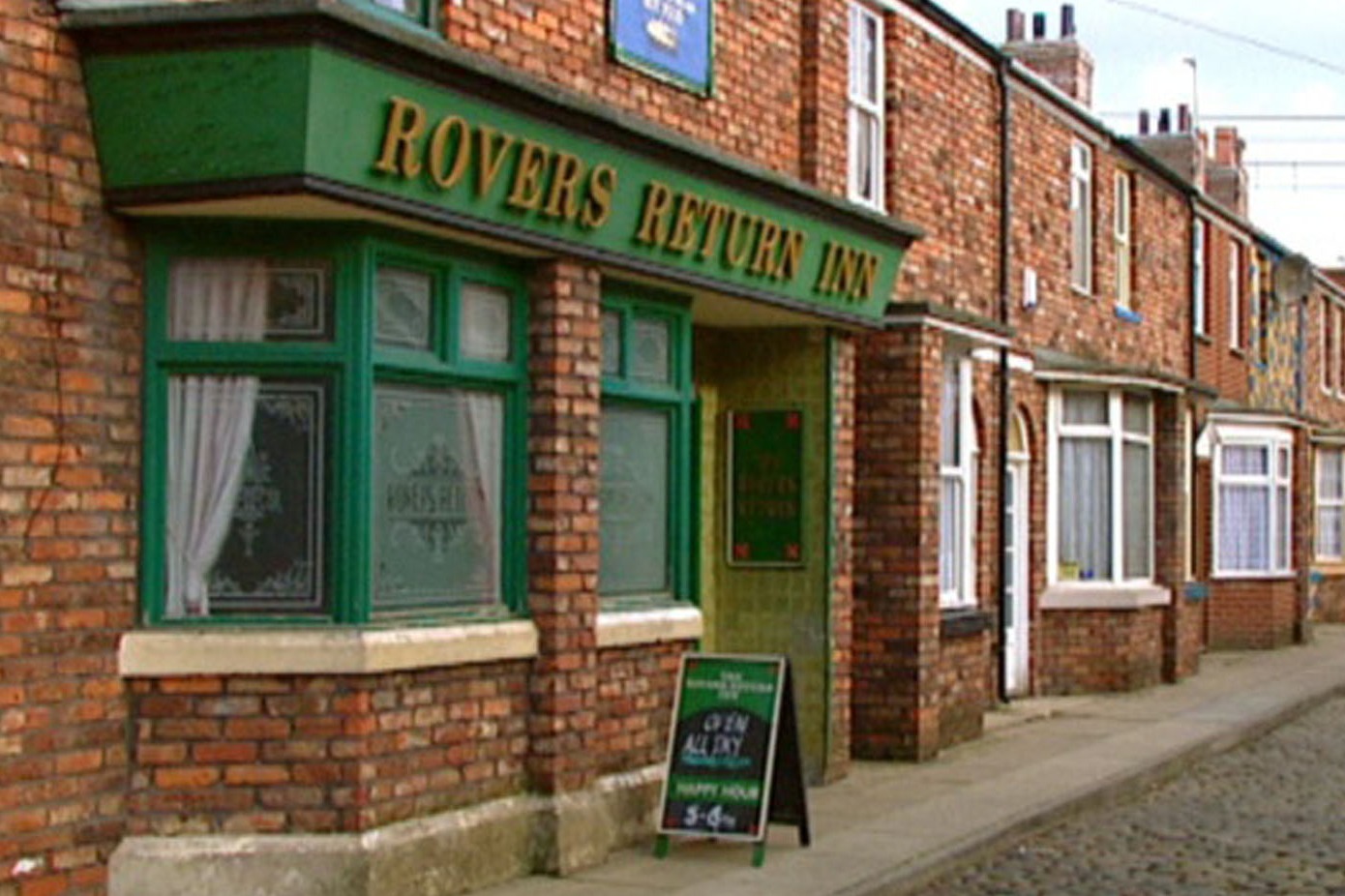 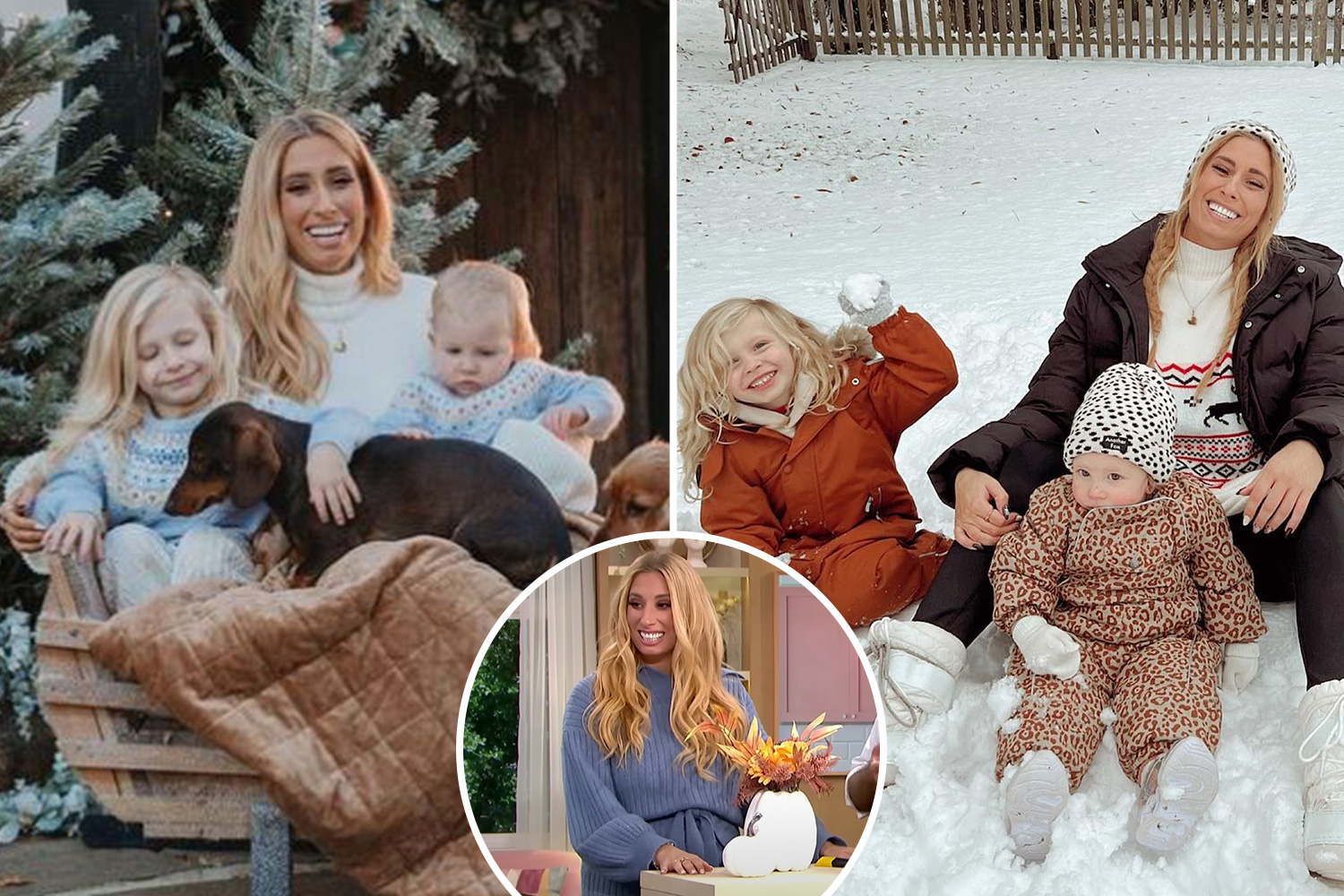 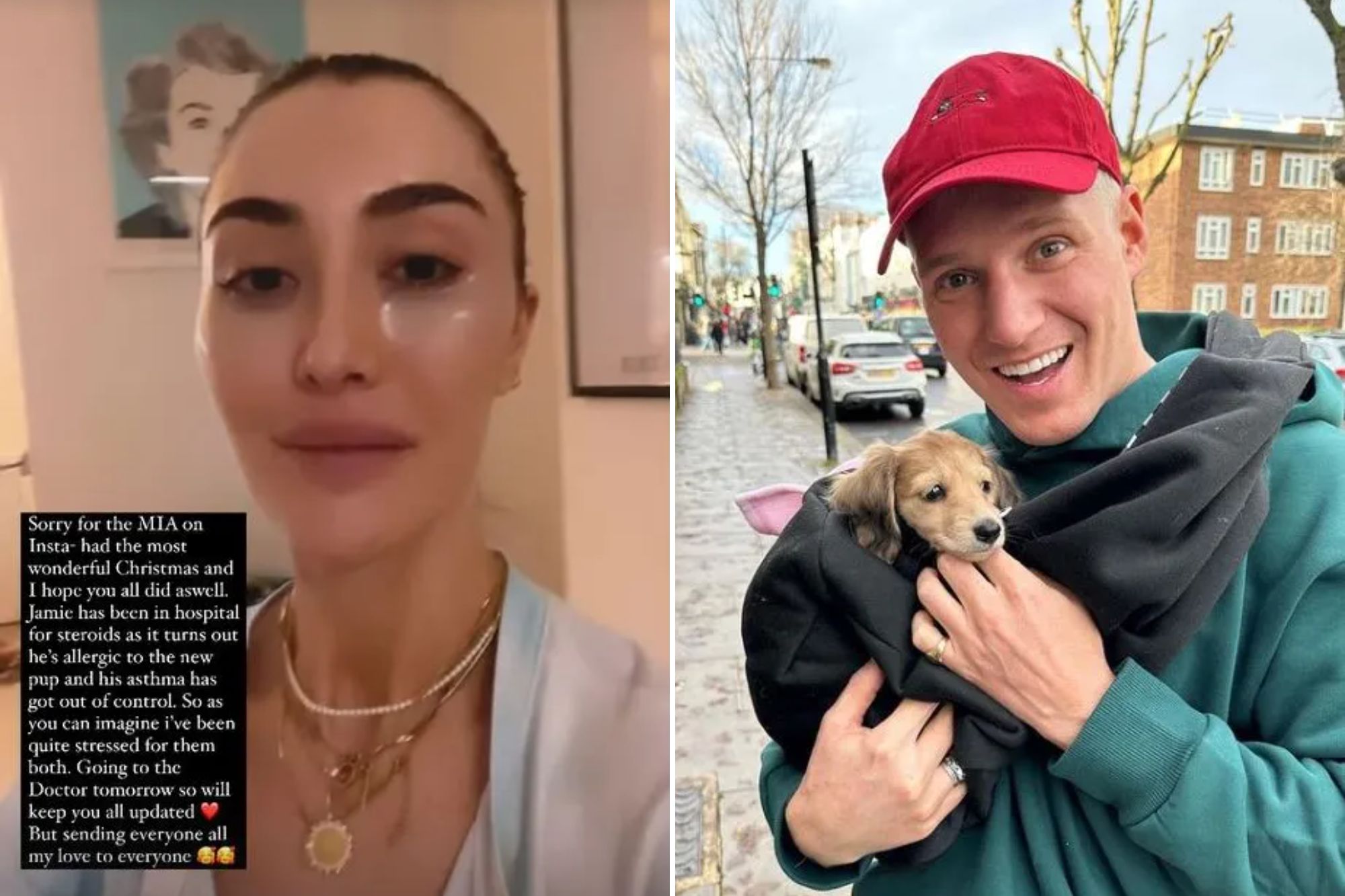 This comes after she previously branded herself "the world's biggest catfish" after showcasing another make-up free snap.

The well-known ex Page Three star, 44, posed in dirty joggers, a plain white T-shirt and fluffy pink socks as she stood in her home.

Yet in the next snap, Jodie Marsh was back to her perfectly-preened model self in a black skin-tight bodysuit and fur coat.

She made sure her make up was perfect before finishing off her look with platinum blonde hair extensions and a high tied ponytail. 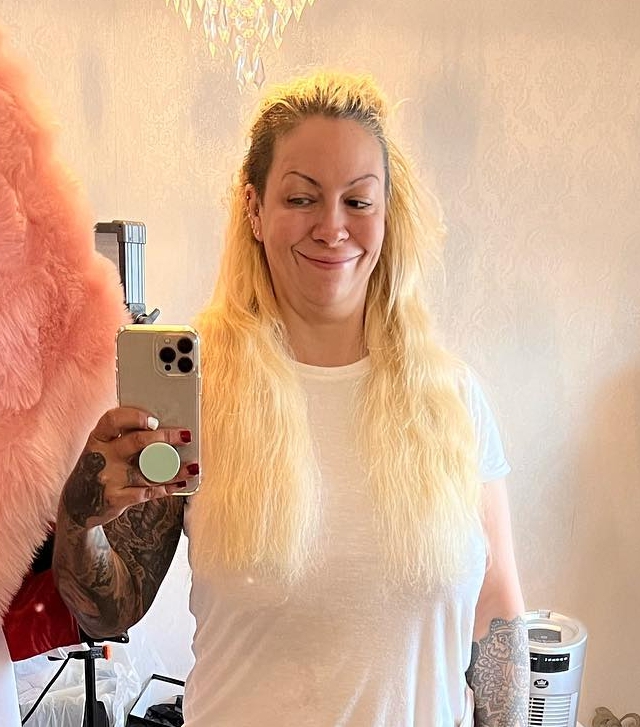 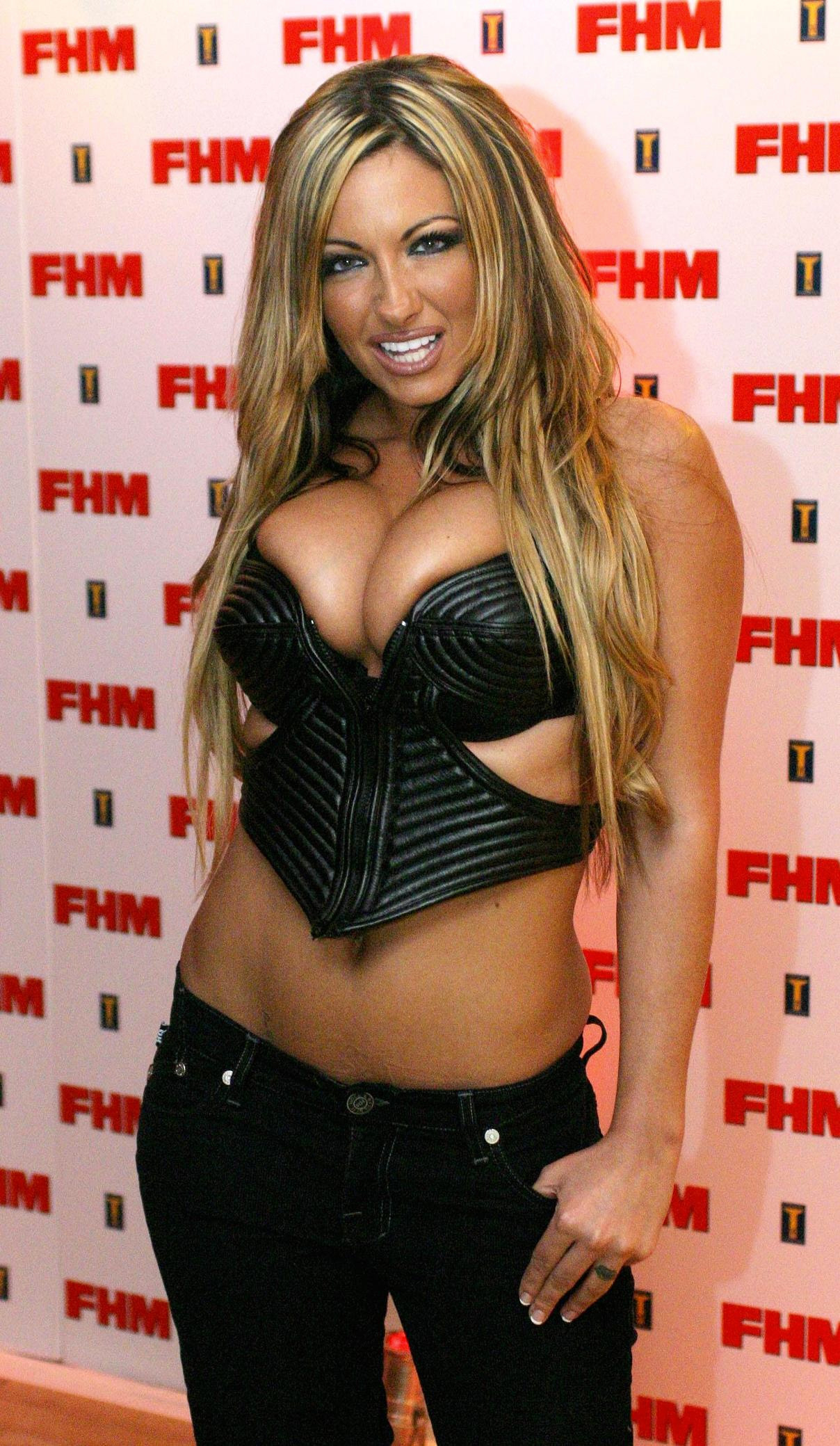 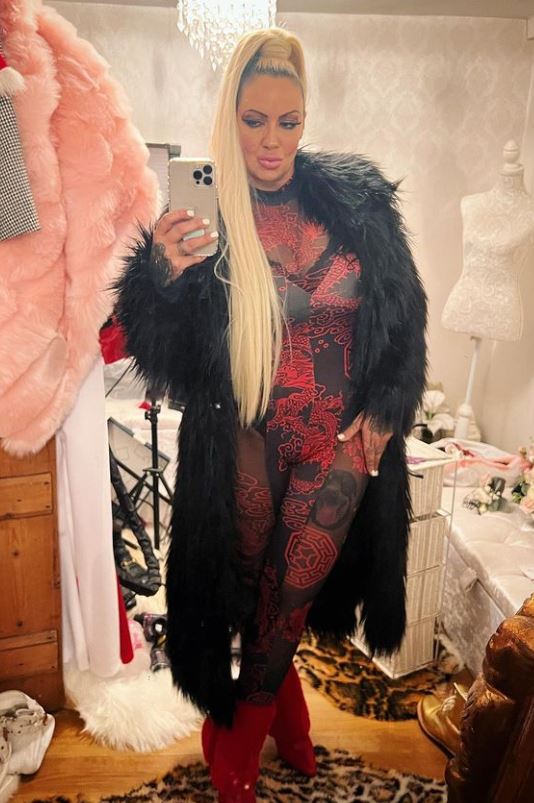