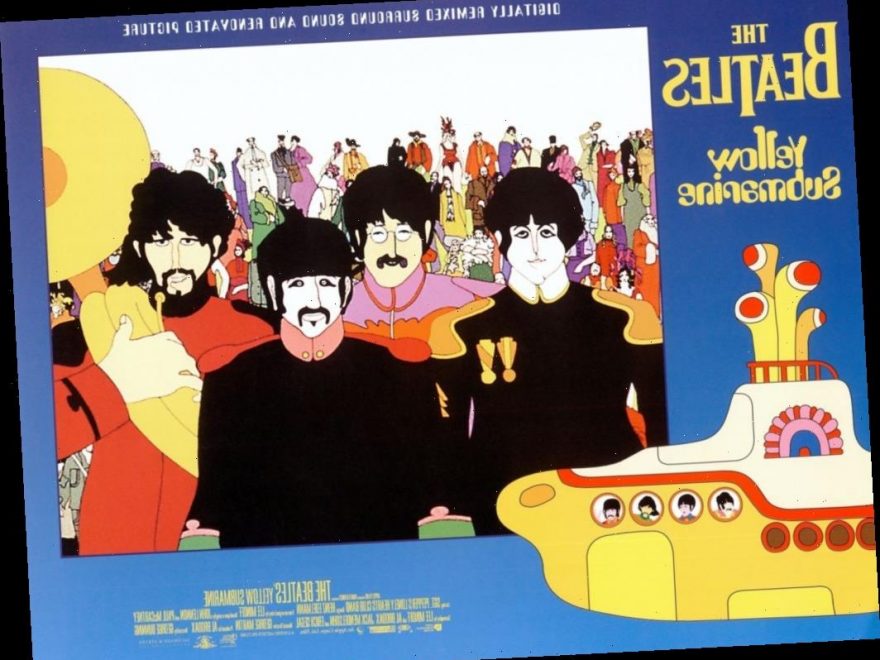 A famous psychedelic artist claims he had significant influence over the creation of The Beatles’ film Yellow Submarine. People involved with the movie tell a different story. John Lennon had some harsh words for this artist compared to one of his pop art contemporaries.

Yellow Submarine remains one of The Beatles’ most beloved films. Fans love its comedic moments, songs, and oddball plot. In addition, it’s received plenty of acclaim for its unique artwork, which is often compared to the work of 1960s pop artist Peter Max. Max claims he inspired The Beatles to make a significant decision about the film.

“I was very, very close friends with The Beatles, and they were going to make a movie,” Max told Westchester Magazine. “I remember getting a call from John, saying they wanted me to do it…. And then I flew to Europe and found out that they wanted me to stay in Europe for seventeen months and make the whole film.” Max was not willing to do this because he had a toddler and his wife was going to give birth again in another few months. However, he says he still had significant influence on the completed film.

Max said he reached out to artist Heinz Edelmann to helm Yellow Submarine. Edelmann went by the monkier The German Peter Max. Max said Edelmann took lots of inspiration from his work, which he did not mind so long as Edelmann’s work was not too close to his own.

Edelmann ultimately directed the film. However, Westchester Magazine reports unspecified people involved with the film said Max had no involvement with the project. We may never know whether Max played a role in the creation of Yellow Submarine, but we do know what John had to say about him.

What John Lennon said about Peter Max and Andy Warhol

“I dig [Warhol’s] Heinz Soup Cans,” John revealed. “That was something! That wasn’t just a pop art, or some stupid *ss like Peter Max and all that psychedelic sh*t.” John’s comments on Max are especially interesting given how Max says he was involved with the creation of Yellow Submarine at John’s request.

How the world reacted to ‘Yellow Submarine’

Rotten Tomatoes reports Yellow Submarine earned $992,305. It became a classic of both animation and 1960s psychedelic art. It’s been referenced in everything from Family Guy to Kesha’s video for “Your Love Is My Drug.” It’s perhaps the most famous Western animated film of the decade that wasn’t created by Walt Disney Pictures. Yellow Submarine resonated with the public — regardless of whether Max had anything to do with its creation.