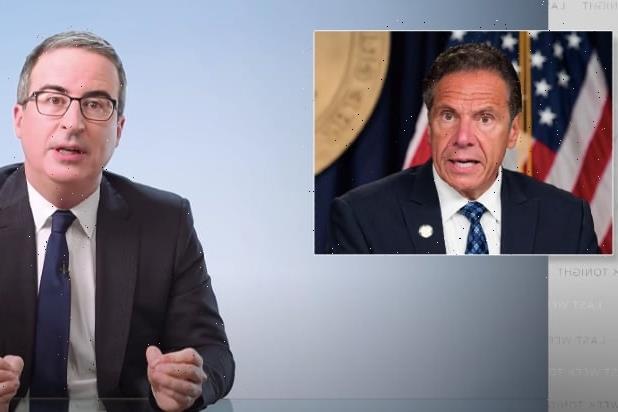 “The absolute last thing you want Andrew Cuomo to be handling, tied comfortably with literally anything else”

That zinger came from the very first line of the HBO host’s 20-plus-minute segment. Given the topic at hand, things got a bit more somber from there.

“The truth is, COVID just exposed what we’ve basically known for years,” Oliver said. “That the way the elderly and disabled are treated in far too many of these facilities is with, at best, indifference, and at worst, abuse and neglect.

Sadly, a nursing home resident’s level of care could very much be dependent upon who is footing the bill.

“If Medicare is paying, the risk is you could be billed for unnecessary treatments,” Oliver said last night. “But if Medicaid is paying, which remember, reimburses nursing homes at less than half the daily rate, things could get much worse.”

The “Daily Show” alum actually had a decent suggestion for how to fix the problem. “We do need to do something,” he said. “And it all starts with showing that we give a s— about the elderly and people with disabilities in this country.”

Such a novel concept.

Some of the Brit’s best stuff last night was ripping assisted-living facility owner Stephanie Costa, who once appeared on Bravo’s “The Millionaire Matchmaker.” We’ll save the transcription time and let him handle that one.

And then there was an alligator-pond story that lead Oliver to (appropriately) state “Holy f—ing s—.”

There were plenty of other horror stories where that one came from.