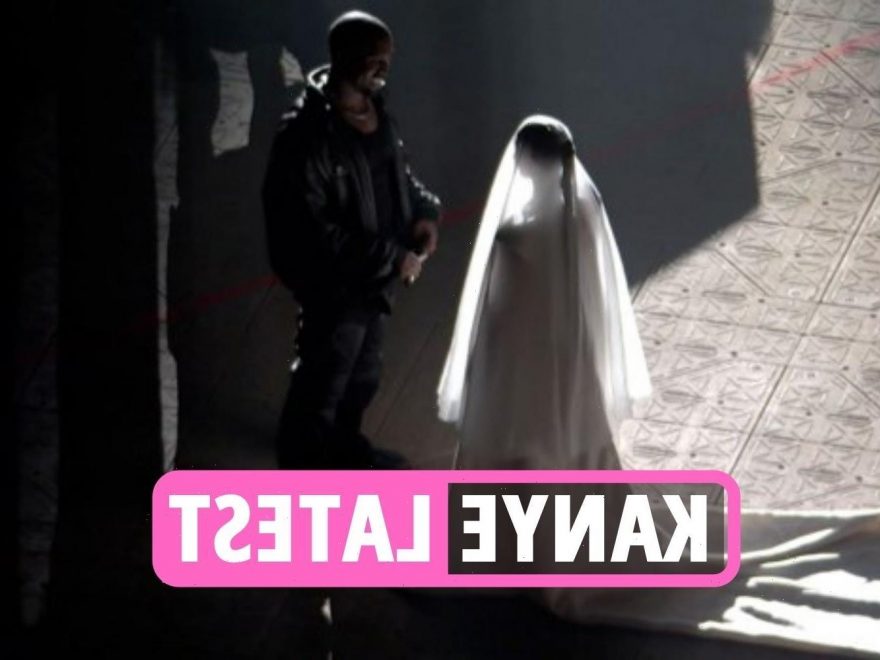 The rapper, 44, hosted an event to mark the release of his latest album at Soldier Field in Chicago on Thursday.

But Kanye really made a statement by bringing on his ex Kim Kardashian, who walked on stage in a wedding dress.

The social media superstar walked outside a mock-up of Kanye's childhood home on stage.

She appeared during the final song of the night, No Child Left Behind, wearing a Balenciaga Couture dress.

The pair are not back together, according to sources close to the couple.

Ye was controversially seen with singer-songwriter Marilyn Manson and 29-year-old rapper DaBaby outside his childhood home replica inside Chicago's Soldier Field during the listening party.