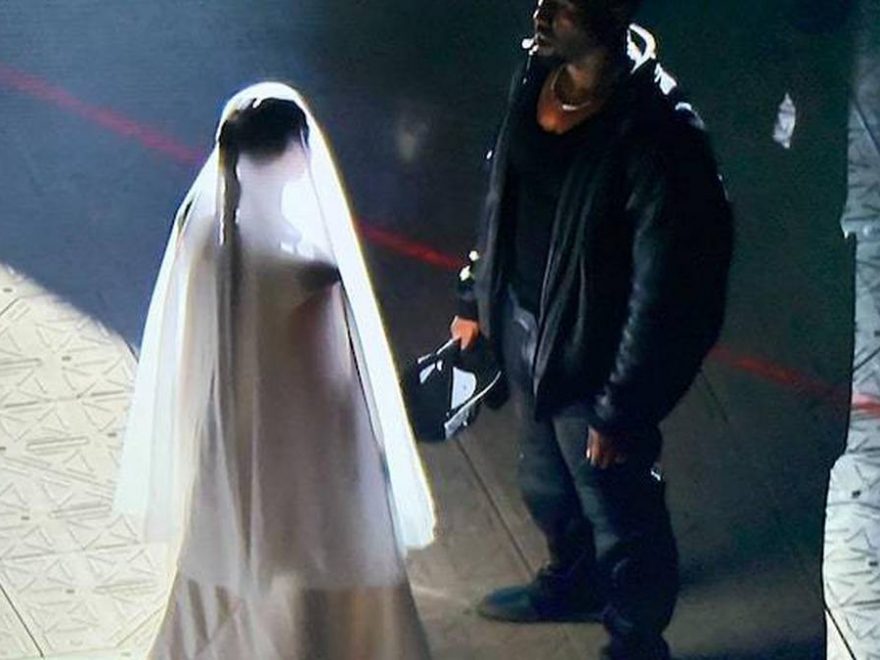 The performance at Soldier Field in Chicago featured a number of guests, including Kim in her wedding dress, alongside some very controversial choices.

Kanye decided to appear alongside Marilyn Manson, who is currently facing charges of domestic and sexual abuse, and rapper DaBaby, who recently made headlines for his homophobic stances.

Despite those controversial guests, it was Kim who surprised viewers the most, as she showed up outside the mockup of Kanye West’s childhood home, wearing a Balenciaga Couture wedding dress, as he performed No Child Left Behind, the last song for the night.

This is the latest in a series of shows of support from Kim Kardashian towards her ex-husband, although sources told TMZ the two are not back together.

Last month, she also attended a “Donda” event in Atlanta, to throw her support behind her ex-husband’s latest creative endeavour.

The event, in Chicago, was the third promotional “Donda” event. The album is not out yet.