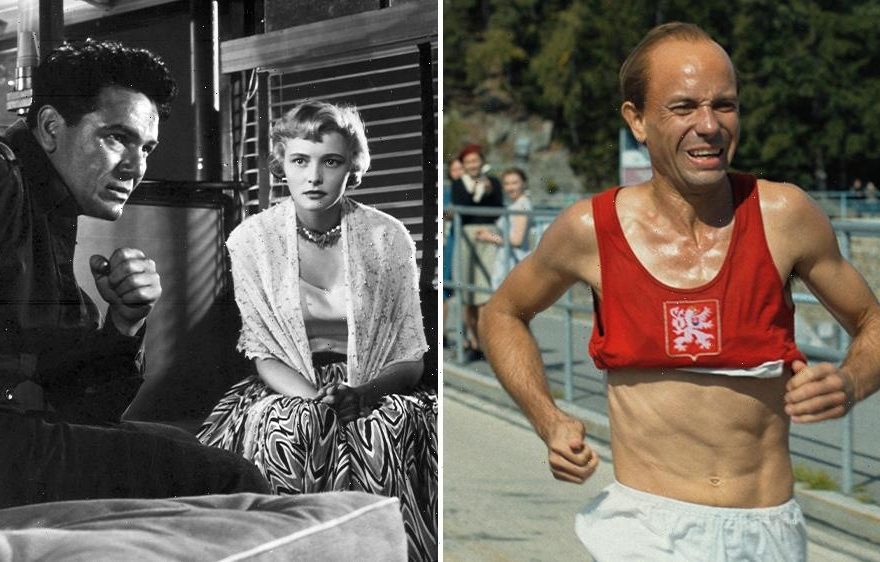 Bouncing back in live form after two cancellations caused by COVID safety measures last year, the 55th edition of the Karlovy Vary Intl. Film Festival has kept its core values intact but with significant new formatting.

KVIFF’s most radical departure from long tradition — ending its dedicated documentary section and blending non-fiction films into the Crystal Globe and East of the West competition sections — was “a serious decision, which took us a few years to make,” says artistic director Karel Och.

But, he says, the fest is satisfied that the documentaries now being weighed by the two juries are worthy of their new role.

“Considering the types of documentaries we aim to highlight, the ambition, the level of script and directing,” says Och, they are “absolutely comparable with the non-docs. The distinction and a separate doc ‘ghetto’ was no longer necessary.”

Another challenge in a year full of them was the question of how close to its usual outsize event KVIFF should be. It’s still seen as the main international film gala of the year in the Czech Republic, even if running a month later than it normally does, Aug. 20-28, and with a screening catalog that’s been somewhat pared down. KVIFF screened 150 films in 2019, but has scheduled 120 this year — and fest president Jiri Bartoska has said the fest will be booking celebrity guests right up to its start date. Michael Caine, Johnny Depp and Ethan Hawke are among the stars announced thus far.

It was announced recently that screenings will run at 100% capacity – with attendees having to prove they are COVID negative – but the fest had already decided that films would screen more often than in the past, just in case it had to restrict numbers. Accommodating those added screenings meant the need to reduce the number of films. “But we are certain the public will not feel the difference,” says Och. With 31 premieres in the two competitions and the Special Screenings section, it’s clear that cancelling last year’s KVIFF rather than opting for an online version gave fest organizers a rich offering of choices for 2021.

The fest’s tribute section this year, honoring the 30th anniversary of Martin Scorsese’s The Film Foundation, the nonprofit dedicated to protecting and preserving motion picture history, is a good fit with KVIFF’s tradition of showcasing restored Czech classics, says Och, and something “we’re extremely proud of.” This sidebar, originally slated to run last year, was kept intact, Och says, because “we always believed one can ‘read’ better contemporary cinema after being exposed to a continuous lesson in film history.”

In keeping with that idea, he says, the Eduard and Milada Kucera foundation and a long relationship with the Czech National Film Archive have together made possible past screenings of great restored work from the likes of Jiri Menzel and Ivan Passer, as well as Juraj Herz’s 1969 horror “The Cremator” and Jan Nemec’s 1964 classic “Diamonds of the Night.”

KVIFF’s industry side has also forged new ground, says Hugo Rosak, who oversees the events focused on development and outreach to buyers and global fest reps. This year’s Eastern Promises Industry Days, which ran online July 28 and ends Aug. 12, was dedicated to 29 film projects from various strands: Works in Progress, Works in Development — Feature Launch and First Cut Plus.

“We tried to reinvent what we do,” says Rosak, taking in the lessons from fundamental shifts in fest dynamics seen in 2020. Holding industry screenings digitally, he says, works well these days “as buyers started appreciating watching pre-selections, pitches and works-in-progress online.” KVIFF re-created its online format for Eastern Promises last year.

“We tried to do it a little differently — live from a studio — resembling a TV show introducing new content from Central and Eastern Europe and Middle East regions.” The approach succeeded, Rosak says, adding lessons for 2021. “The old format of industry platforms will look very different in years to come, in my opinion. People just won’t travel to select something.” The eight titles from last year’s online KVIFF event will now be part of the current fest lineup, Rosak says, calling that a good sign. “We have helped the projects by having done industry showcases despite the festival being cancelled. They didn’t end up stuck in the pipeline.”