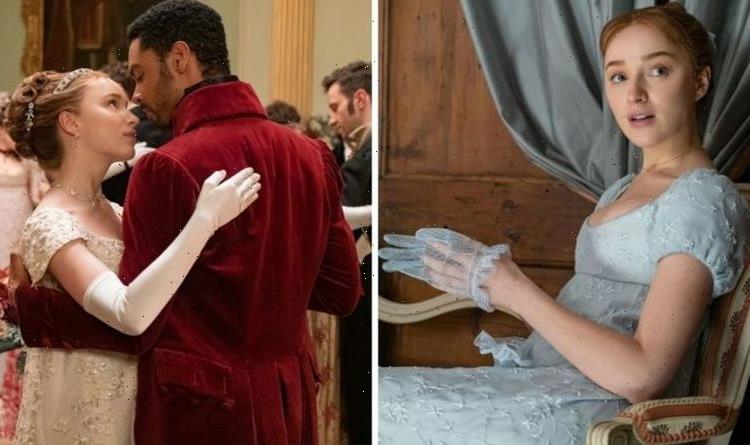 Bridgerton: Anthony opens up about 'difficulty' of love

Phoebe Dynevor shot to stardom after Netflix’s period drama Bridgerton became a sensation which broke the streamer’s viewership record in its first month of release. While Phoebe is involved with the upcoming second season, her future availability could prove difficult due landing a huge role in another show.

Bridgerton breakout star Phoebe is set to feature – and executive produce – Exciting Times, which is a book-to-screen adaptation of a romance series in development.

The Amazon Studios’ adaptation is based on Naoise Dolan’s debut novel of the same name.

However, the plot ventures away from her vocation as she becomes entangled in a love triangle with banker Julian and lawyer Edith.

According to Deadline, Phoebe will executive produce the series alongside Naoise and Cooper Raiff, who is co-writing the TV adaptation.

The rights to the book to turn it into a series were bought by finance-producer Black Bear and Ben Stillman, as well as Black Bear’s Teddy Schwarzman are also set to be executive producers.

In theory, if 26-year-old Phoebe can complete her work on Exciting Times within the next year, she should have a gap in her calendar to film Bridgerton’s third season, but her involvement in the series beyond season two is “unclear”.

Phoebe recently shared a picture of the Exciting Times novel on her Instagram and wrote: “Here we go.”

The English actress, who is the daughter of Coronation Street actress Sally Dynevor and writer father Tim, has previously said being in television dramas is not as simple as it seems.

She has admitted she has faced a lot of rejection in the past which has worn her down at times.

However, her outstanding appearance as a leading character on season one of Bridgerton has now made her a household name.

DON’T MISS…
Priti Patel’s interview on BBC slammed as viewers ‘switch off’ [MUST SEE]
‘Why would you say that?’ Raab takes on Kate Garraway in Afghan row [MUST WATCH]
Prince Harry and Meghan blasted by Piers for Afghanistan remarks [INSIGHT]

Phoebe is also set to star in the UK remake of a French comedy called Call My Agent.

The original series followed the employees from a successful Parisian talent agency who try to keep all their clients content after the founder’s sudden and unexpected death.

On the feature side, Phoebe recently signed on to act in female-driven thriller I Heart Murder.

At the start of 2021 Netflix announced it had renewed Bridgerton for a second season.

The show’s boss Chris Van Dusen confirmed last month that the first two episodes of the second season were already being edited.

Bridgerton season one is available to stream on Netflix.