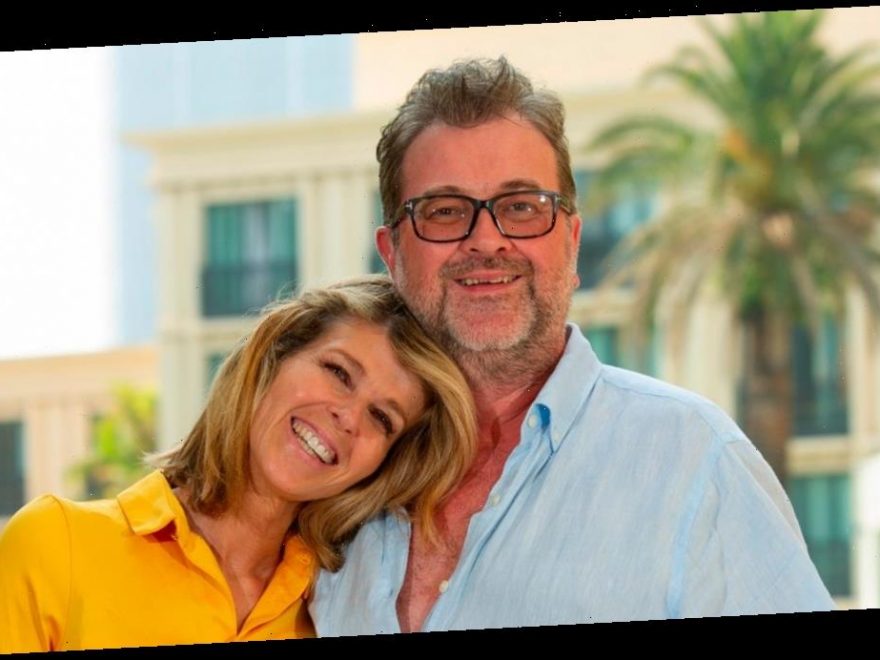 The 53-year-old star revealed on the ITV breakfast show that she was unable to see her spouse yesterday on their 15th wedding anniversary.

However, the mother of two said she is going to to see Derek today and that she will read him all the cards he has written her over the years.

Derek was first admitted to hospital with coronavirus back in March. Although he is now free of the virus, he is still fighting for his life from the after-effects.

Kate appeared on Good Morning Britain on Friday with co-host Ben Shephard, who said that the team were "thinking of her".

She replied that they had "done their best" to make it special despite being unable to see him.

Kate said: "We had him on FaceTime, my mum and dad were on childcare duties overnight while I'm here and we and the children raised a glass and said 'Happy Anniversary'.

"I am going to see him today, I have got a card to take in to read to him.

"I'm maybe going to go through all the cards he's written to me on our anniversary."

Kate took a break from Good Morning Britain earlier this month to help her children Darcy, 14, and William, 11, settle into school.

The former I'm A Celebrity contestant has also been looking after Derek, 53, as he continues to recover from Covid-19, which he contracted earlier this year.

Former Labour lobbyist Derek still remains in hospital but has awoken from his coma and is recovering from the extensive damage the virus has done.

"15 years today – Richard and Hilary were there on the day, I think. But yeah, what an extraordinary thing.

"I won't be able to see him today. I kind of hoped he would but it hasn't worked out that way for the visits. But maybe it would be a bit strange anyway.

"So yeah, it's a tough day but he's still here. There's not a huge amount that's changed."

Good Morning Britain airs weekdays on ITV at 6am