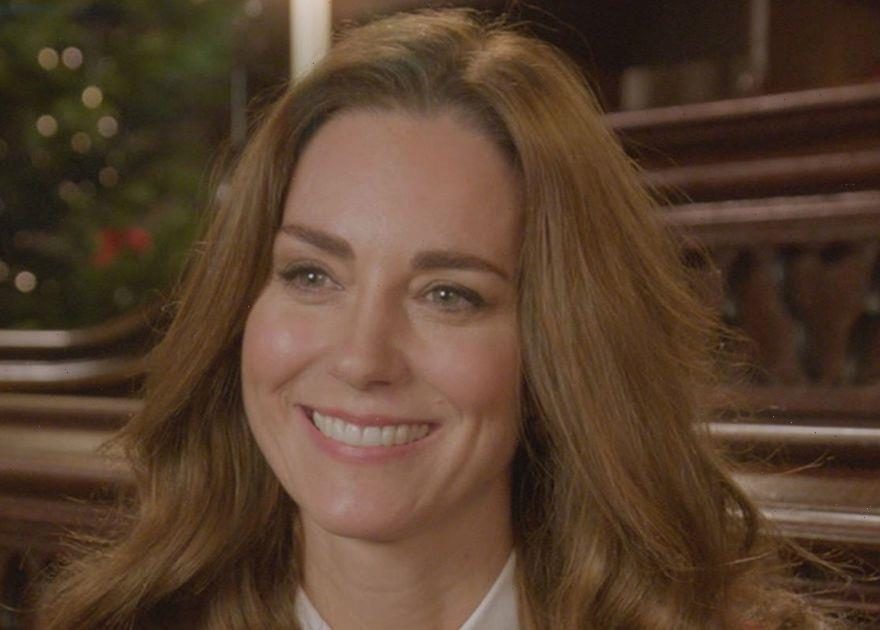 Kate Middleton wore a gorgeous and festive red cardigan worth £1,350 in the new trailer for her and Prince William’s Westminster Abbey Christmas carol concert Together at Christmas.

The programme, which has been filmed already and will be shown on ITV on Christmas Eve after the royals reportedly "banned" it from showing on BBC One, showcases a number of celebrities taking part in the concert.

The concert will feature a number of different performances and will see the royal couple at their best as they seek to honour the services and important people who have helped during the COVID-19 pandemic.

It will also be raising money for charity.

In the new trailer, the Duchess of Cambridge, 39, beamed as she chatted to the camera about the event.

She wore a rose-patterned embroidered red Miu Miu cardigan perfect for the festivities, and her glossy locks looked blonder than usual, hung wavy around her shoulders.

The mum-of-three, who shares Prince George, eight, Princess Charlotte, six, and Prince Louis, three, with her husband the Duke of Cambridge, opted for light makeup and rosy cheeks for the event.

She was perched in the Westminster Abbey pews during the clip.

Fans also caught a glimpse of some of the performers taking part in the concert.

Former X Factor winner and pop star Leona Lewis appeared in an utterly stunning teal sequinned dress for the occasion, teaming her gown with a pair of matching velvet gloves.

Last week, royal fans were delighted when William and Kate also arrived for the concert in striking attire, with the Duchess dressed in a red coat dress for the evening.

She also wore a special pair of earrings from the late Queen Mother’s private jewellery collection, while the Duke looked dapper in a smart suit.

It comes amid recent reports that the couple were originally set to air their Christmas concert on BBC One, but pulled it after the controversial documentary The Princes and the Press was aired.

Prince William and the rest of the Royal family unanimously slammed the Amol Rajan TV show at the time.

Buckingham Palace, Kensington Palace and Clarence House released a joint statement that read: "A free, responsible and open press is of vital importance to a healthy democracy.

"However, too often it is overblown and unfounded claims from unnamed sources that are presented as facts and it is disappointing when anyone, including the BBC, gives them credibility."

Royal Carols: Together at Christmas airs Christmas Eve at 7.30pm on ITV.

For all your latest updates on the Royals, sign up to OK!'s daily newsletter.