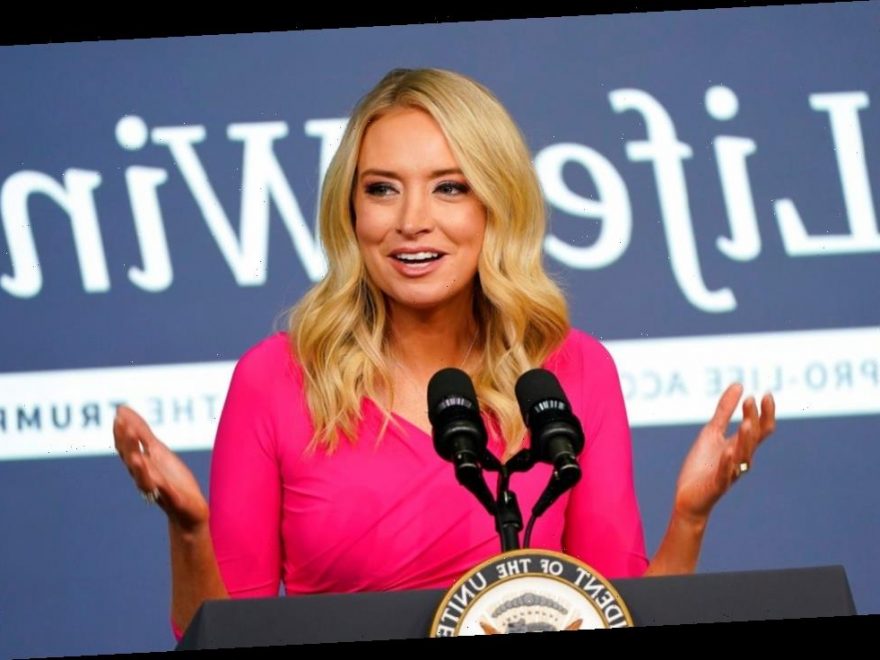 McEnany joined the network earlier this month as a commentator. On Outnumbered, she will appear with Harris Faulkner, Emily Compagno and rotating panelists.

Outnumbered is the most watched cable news show in the noon time slot, per Nielsen figures via Fox News.

In addition to McEnany, Fox News has tapped other Trump alums for on-air roles. Lara Trump, the former president’s daughter, made her first appearance as a contributor on Monday on Fox & Friends. Larry Kudlow, Trump’s former top economic adviser, joined in February and hosts a daily show for Fox Business.

McEnany previously was spokesperson for the Republican National Committee. She began her career as an intern at Fox News and later became a production assistant before going to Harvard Law School.

McEnany’s White House tenure was marked by frequent sparring with members of the White House press corps, with some reporters complaining that she was acting more as a spokesperson for Trump’s re-election than a paid government official. In fact, in the final weeks of the campaign and afterward, McEnany held dual roles as press secretary and as volunteer spokesperson for the Trump reelection effort.

As she departed the White House, McEnany filed a financial disclosure form in which she listed as having an “employment agreement with Fox News, starting work in January.” At the time, the network said that although they had had discussions with her, she was “not currently an employee or contributor at Fox News.”