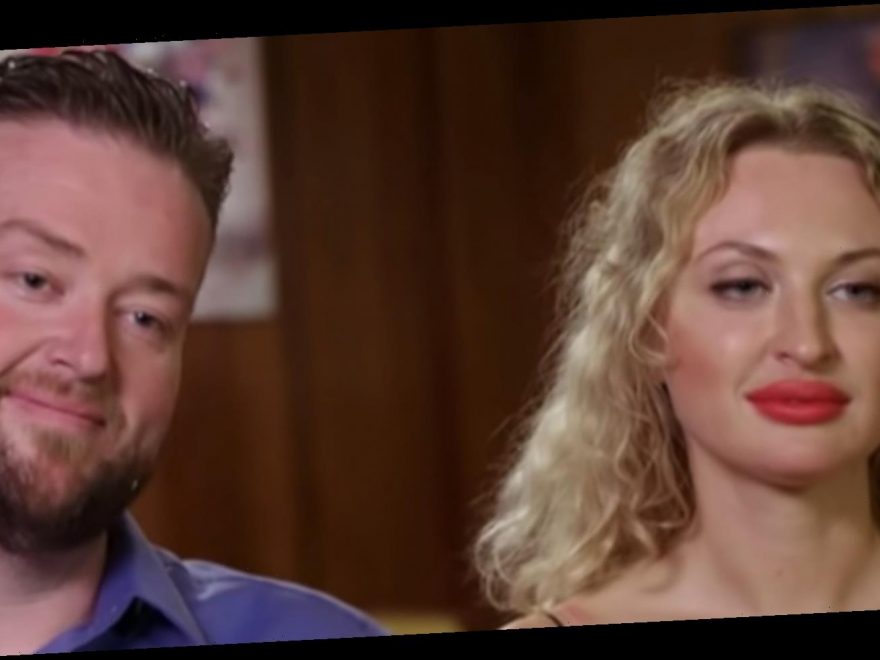 This article may contain spoilers.

90 Day Fiancé hasn’t quite yet had a runaway bride, but Natalie Mordovtseva is probably the closest to it. Her tumultuous relationship with her fiance Mike Youngquist resulted in giving back her engagement ring, only to then insist Mike partake in wedding planning. On their big day, instead of saying “I do,” Mike’s cold feet led him to postpone their nuptials and forced Natalie to call it quits for good… or so it seemed.

Natalie drove away from Mike’s Sequim, Wash. farm alongside neighbor Tamara with plans to fly back to Ukraine. Yet, forgetting Mike’s credit card and a later hotel room mix-up led to Natalie returning to Mike twice before eventually agreeing to stay with him until her K-1 visa expired. “I cannot call our relationship an easy one, but no matter how mad I am with Mike, deep inside, at the end of the day I have feelings for him,” Natalie confessed on the show (via TV Insider).

However, the whole ordeal led fans to wonder who the good-hearted Tamara is, and why she suddenly became a crucial part in bringing Natalie and Mike back together. Keep scrolling to find out all about Tamara!

Natalie Mordovtseva and Mike Youngquist’s relationship may have been doomed from the start. The mismatched duo both judged one another, with Mike’s bad attitude only enhanced by Natalie’s complaints.

So when Natalie left Mike for the first time, fans weren’t surprised, but Natalie’s new confidante certainly turned some heads. Mike’s longtime family friend and neighbor Tamara became so close with Natalie that she was asked to be the maid of honor at the wedding. Mike canceling the wedding even affected Tamara. “He just couldn’t do it. I didn’t like it, I know I cried with both of them,” Tamara explained onscreen (via In Touch Weekly). “I’m sad for them.”

Tamara also supported Natalie through her self-professed “worst day of [her] life” (via Entertainment Tonight). Eagle-eyed fans found that Tamara’s Facebook page was actually the source of spoilers for whether Mike and Natalie actually do end up together. A Reddit thread captured Tamara’s social media post that showed herself, Natalie, and Uncle Beau getting tested for COVID-19 in January 2021. Tamara even replied on Facebook to a follower asking if Mike actually called off the wedding. “Yes but they got married 2 days later,” Tamara wrote. A Redditor dubbed Tamara “Uncle Beau’s old lady,” implying she has a romantic relationship with Mike’s older cousin, Beau.

Uncle Beau told In Touch Weekly that Natalie and Mike have since separated, and Natalie is living in Seattle. Did Tamara drive her again? We might just have to wait and see.