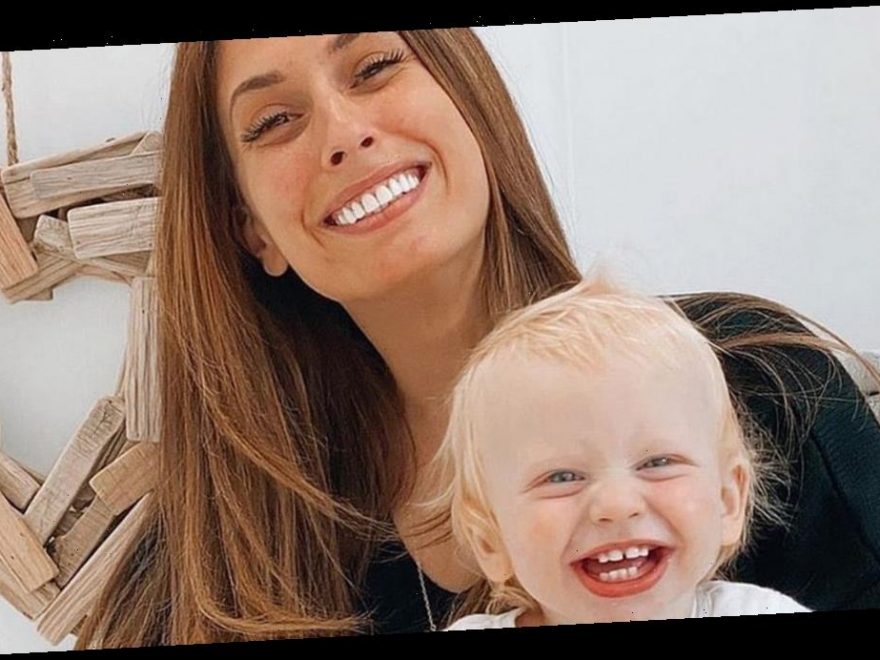 Stacey Solomon has moved to her dream home with her family, and, so far, it looks like the mum-of-three is having the time of her life.

From taking fans on a tour of her home, to taking in a stray cat and jet-washing her huge new swimming pool, Stacey, 31, is wasting no time in making her house the perfect place to raise a family.

And it seems little Rex, Stacey’s youngest who she shares with Joe Swash, is having a lovely time too and enjoyed a “pram rollercoaster” created for him by Loose Women star Stacey.

The 31 year old shared a video with her 4.2 million followers while pushing her adorable son around in his buggy, while pretending it was a rollercoaster, allowing fans to get more of a peek at her gorgeous garden.

While running about her huge new garden, Stacey pushed the tot about as he beamed from ear to ear, and little Theo, Stacey’s pet dog, joined in on the fun too by running beside them.

The mum-of-three is having so much fun to the point she told fans: “I think I'm in a bit of a shock/dream state. Like I keep feeling like I'm in another land.

"And any minute now I'm going to wake up and it has all been a dream."

As well as a large swimming pool, the X-Factor star also has a Wendy house in the garden, as well as a greenhouse and a lovely walk way.

However her first renovation project lies with the conservatory, with the star already showing off the progress she’s made.

The Loose Women star took to her Instagram to share a before and after of the flooring in the room which looks out onto the beautiful 2.5acres of garden.

Taking a closer peek at the space, we can see the leaded windows featuring stained-glass roses that look out onto manicured flower beds.

There is also a ledge around the outer edge of the room, which Stacey plans to convert into seating, along with a shallow ceiling that the DIY-enthusiast plans to rip off herself.

“The man has come to do the flooring the conservatory so we are just watching him from the hallway. He will be finished soon so I will be able to show you,” she said.

Stacey revealed how the floor base went down yesterday as she filmed the workman pouring concrete over the orange tiles.

And the Tap to Tidy author said she found the process of laying the floor “so therapeutic” that she wanted to have a go herself.