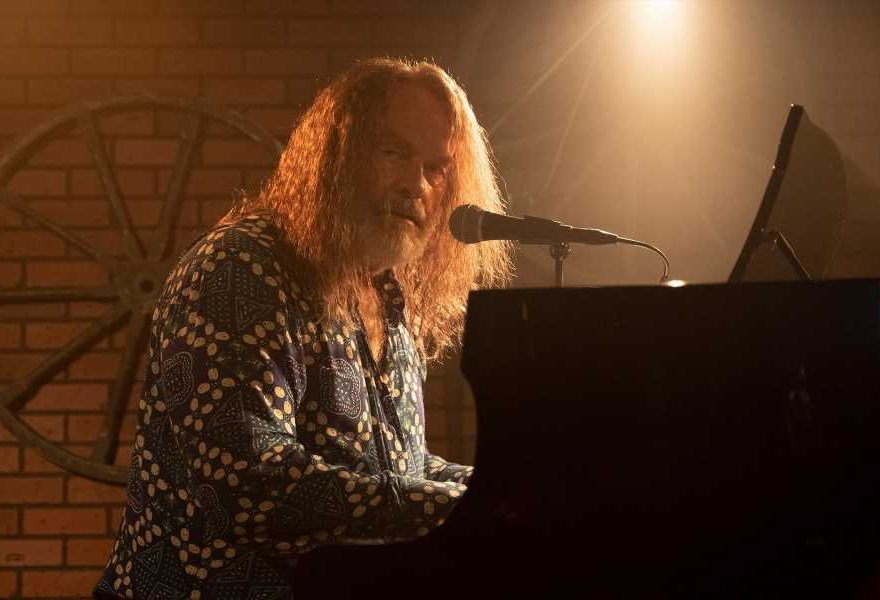 Kelsey Grammar stars as an aging Seventies rock star looking to get his life back on track in The Space Between, a new coming-of-age movie from Paramount. The trailer for the film was released on Monday, and it’s set to arrive in theaters on April 23rd, with a video-on-demand and digital release on June 15th.

Set in Los Angeles during the Nineties, The Space Between follows a young music label staffer named Charlie Porter (Jackson White), whose dreams of breaking out of the mailroom lead him to discover the story of Micky Adams (Grammar), a washed-up star who released his last great album two decades prior. Micky is signed to the label that Charlie works for, which has plans to drop Micky and his music once and for all, and Charlie is sent to the musician’s bizarre seaside mansion to force him out of the contract.

Things don’t go as planned: As shown in the trailer, Micky drugs Charlie with a psychedelic substance, convinced that the kid is the key to his long-awaited artistic breakthrough, and an unlikely friendship between the two emerges. What could possibly go wrong?