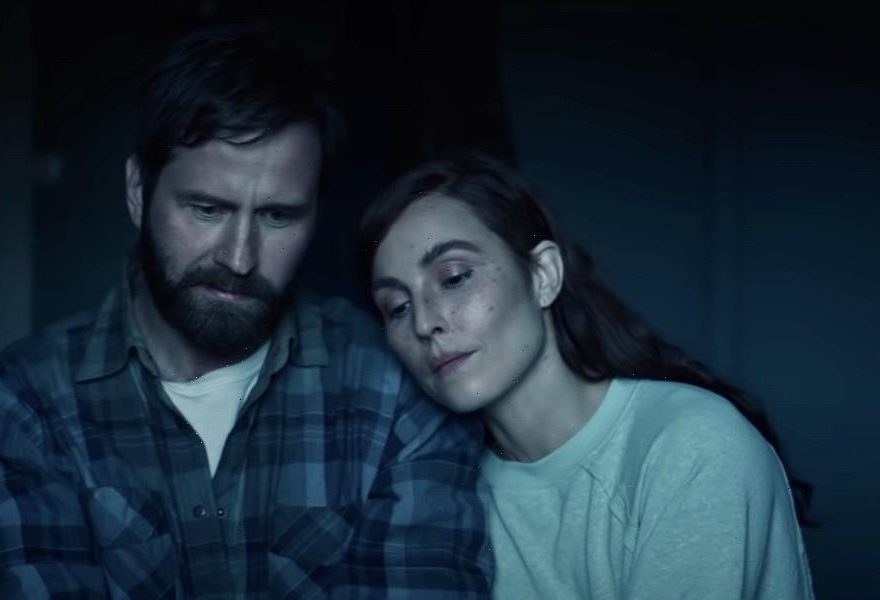 Guess what’s on the menu…lamb chops! That is to say, scenes from the movie Lamb, cut together in the form of a new trailer. (Apologies to any vegetarians.) Lamb, the latest in sheep and goat horror from studio A24, has indeed released a new trailer and poster to get you ready for the upcoming Icelandic thriller starring Noomi Rapace. Theoretically, you should be able to enjoy these marketing materials whether you’re a herbivore or omnivore. Feast your eyes on them below.

Lamb held its world premiere at the Cannes Film Festival back on July 13, and early reviews of the film have been mostly positive. Indiewire addressed the movie’s “bats**t crazy” (or, if you will, lambs**t crazy) premise, but it seems the reveal of the titular “lamb” is something of a sight gag. So if you want to go into the movie fresh, without knowing any more about its outlandish concept, look away now.

As we reported earlier this month when the film’s first international teaser appeared, Lamb involves Rapace raising a sheep child (apparently, a sheep-headed girl named Ada). Is it just a freak of nature, or is it the accursed offspring of some evil Sabbatic goat? Rapace already performed an emergency C-section on herself in Prometheus, removing a squid alien fetus from her belly, so it seems she’s just fated to be a mother to monsters.

Lamb marks the directorial debut of Valdimar Jóhannsson and it also stars Hilmir Snaer Gudnason and Björn Hlynur Haraldsson. Poet, novelist, and occasional Bjork lyricist Sjón serves as Jóhannsson’s co-writer. If the mononymous Sjón isn’t on your radar yet, just know that he also handles the scripting duties for The Northman, the upcoming Robert Eggers Viking actioner.

Speaking of Eggers, we noted before how Lamb conjures up memories of Black Phillip, the Satanic goat in The Witch. Knowing that Sjón is paired with Eggers on The Northman, is it too much to hope that we might be witnessing the birth of a shared sheep/goat horror universe, courtesy of A24? Let’s get a whole subgenre started.

Not for nothing, but “Lamb of God” is also an epithet for Jesus Christ used in the Gospel of John, and the first poster for A24’s Lamb leans into pseudo-religious imagery, with Rapace channeling the Virgin Mary. Time will tell whether this little lamb can be trusted or whether it is, in fact, a devil in sheep’s clothing.

The official synopsis for Lamb is as follows: