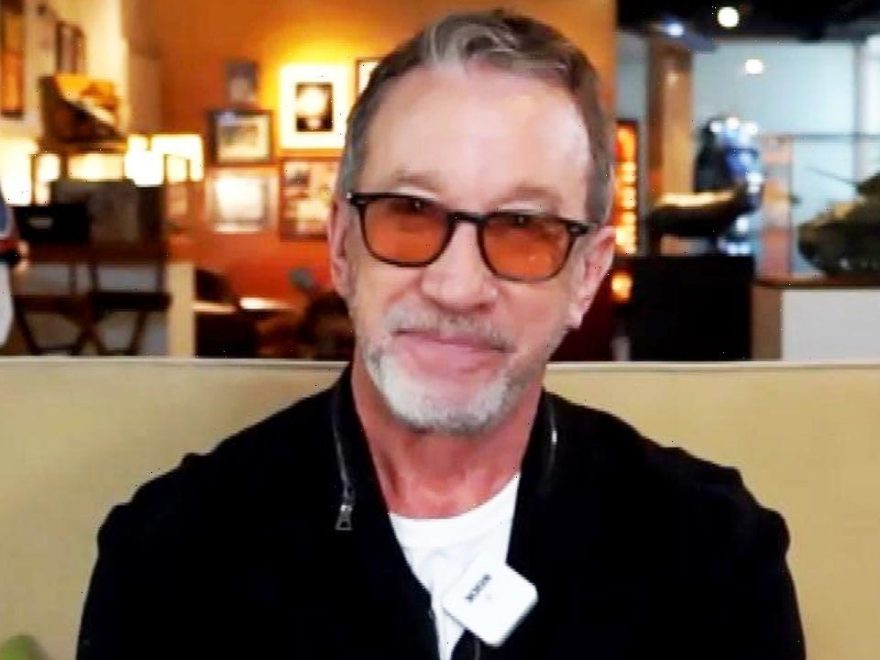 The half-hour sitcom, which was canceled once before and resurrected, bids farewell Thursday with a special one-hour series finale. In the swan song, Mike teaches Kristin about work/life balance, as Vanessa and Mandy school Jen on camping. Meanwhile, Ed asks Kyle how to get into heaven. And after Mike’s beloved truck is stolen, just as he completes his 10-year renovation on it, the Baxter family and friends gather together for an emotional goodbye.

The onscreen TV couple reflected on the difficult task of closing the door on their characters for good with ET’s Nischelle Turner earlier this month.

“We’re actors and this is our job, but when it’s over, you just get your stuff and you move on and leave and go to the next thing and it’s just a very awkward thing because in this time of COVID, none of us really got to say goodbye,” Travis shared. “We didn’t have a cast party, we didn’t have a wrap party — even for the crew. You go to work, you see these people day in and day out for nine years, and then you walk away and you go home and you wake up the next day and say, ‘Now what am I gonna do?'”

Allen also reminisced about how fast time has flown during the decade Last Man Standing has existed in his life.

“Kaitlyn Dever was 12 when the show started,” Allen pointed out. (Dever returns in the series finale, and quarantined for seven days prior to filming and after wrapping.) “When we had that year off, I called Nancy and told her I talked to the girls and we were talking about what they were doing and if we could get all of them to come back because Dana Walden at Fox had shown some interest [in bringing back the show]. And at the end of our conversation, Nancy said, ‘Just to be clear, they’re not our girls. And I am not actually your wife.’ And I went, ‘Oh right. Let me call you back.'”

“I took the show pretty seriously when [ABC] said that we were out and I had an alternate reality that for a control freak like me, you do control,” he said. “You go to work and there’s craft service. I loved going to work. Very few jobs I’ve had other than standup, which I don’t like to travel and I don’t like waiting to go on stage because I get nervous, I loved that part of it. This I love. And every now and then there was a two percent chance where I’m like, ‘I’m done with this.'”

Asked to single out their favorite episodes or moments from Last Man Standing, Allen and Travis both found the question difficult to answer.

“We’d have these normal conversations that were really a kind of a relationship. My wife goes to sleep earlier than I do, but these two would talk and sometimes those were so organic to that couple that I’d always love doing those scenes,” Allen said. “One time Molly Ephraim — I was going to speak at her high school graduation. It brought me to tears because I believe Kevin Hench had written it and it was early woke revolt ’cause I started doing the speech and I said, ‘Ladies and gentlemen,’ and she said, ‘You’re not allowed to say ladies and gentlemen,’ and this was four or five years ago. She said, ‘You can’t say women and men, it has to be you all or all of you’ out there. I go, ‘OK, we hope the success of this… can’t say success ’cause it makes people that aren’t successful feel bad about themselves,’ and it was constantly stuff I couldn’t say and Baxter said, ‘What might be helpful if you just give me a list of stuff I can say and she goes, ‘You have to make this a problem, Dad,’ and she really got into my face about it. That was the whole process of the show and it woke me up inside.”

“I used to joke, people would ask me about different episodes, and I would joke and say that as soon as I said the last line, my car was going and I’m on the freeway and the episode is out of my head. So in a strange way, we ended and we were forced to say goodbye, but I don’t know if you ever say goodbye,” Travis said. “There are these moments that I feel… I’ll say, ‘Oh, that’s something Vanessa would say or Vanessa would do. Not me!’ And especially when you’ve been so intimately connected to a character for such a long time, you just wonder, ‘Am I Vanessa? Is Vanessa me? Where does one end and the other begin?'”

As for the legacy of the show, Travis quipped, “Our ghosts will be haunting Stage 9 for a very long time!”