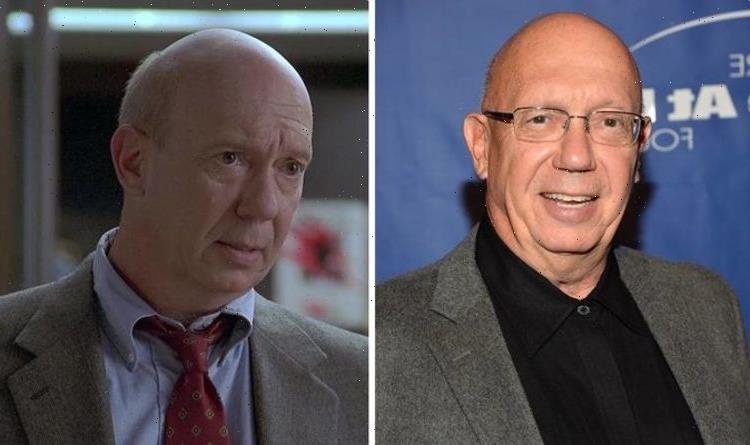 Law and Order SVU is one of the world’s longest police procedural dramas and shows no signs of slowing down any time soon. The spin-off will be back in a matter of weeks for season 23 on Thursday, September 23, on NBC. Unfortunately, one of its original stars will not be returning for the latest episodes.

WARNING: This article contains spoilers from Law and Order SVU.

Why did Dann Florek leave as Captain Donald Cragen?

The sarcastic and often dark-humoured Captain Donald Cragen (played by Dann Florek) had been in Law and Order SVU from the very beginning.

His time in the series wasn’t always easy, with alcoholism and PTSD from dealing with assault survivors and the issues of his own officers.

He was a key member of the team for 15 years but his time had come to an end.

In season 15’s Amaro’s One-Eighty, Cragen made his exit from Law and Order SVU.

Cragen said goodbye to his friends and colleagues as he was retiring from the force.

Despite him having a troubled time in the series itself, the captain did get his happy ending.

He was literally able to sail off into the sunset with his girlfriend on a cruise.

The real reason behind why actor Florek left the drama isn’t too far from what happened in the series either.

The mandatory retirement age for those in the NYPD is 63-years-old.

The rules around pensions and retiring also means that all personnel must stop wearing uniform at 62.

Even though Law and Order SVU is a drama, the creators do tend to try and keep some realism in the series.

This is why when Florek was approaching 62 in real life, plans started to be made for Cragen to retire.

Former showrunner Warren Leight told E! Online: “In the real world, which we try very hard to simulate, NYPD has mandatory retirement before your 63rd birthday.

“And we were trying to figure out how to deal with it.

“The reason NYPD does it is because you can’t have 65-year-old guys running after guys. It is a hard and fast rule.”

Since leaving the series, Florek has taken a step back from the spotlight.

Florek has only appeared in a couple of other projects since leaving his role as Cragen behind.

He did make a cameo appearance in series 16 but hasn’t been back for several years now.

Florek featured in sci-fi series Under the Dome and TV movie Disillusioned but bar these, the actor has opted in for a quieter lifestyle, much like his character counterpart.

Law and Order SVU is available to watch on NBC.