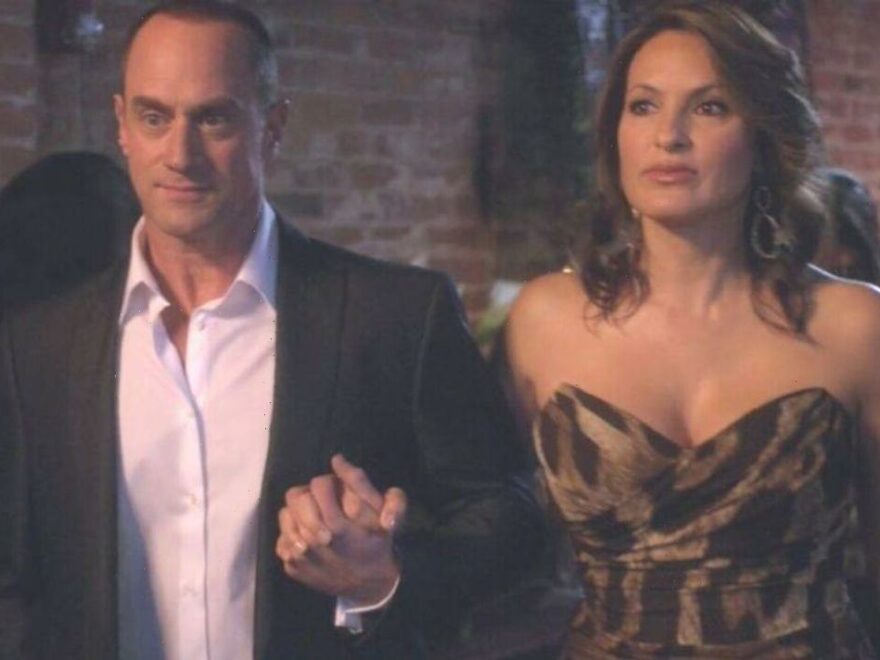 NBC’s acclaimed franchise Law and Order SVU introduced Oliva Benson (Mariska Hargitay) and Elliot Stabler (Christopher Meloni) back in 1999. Throughout the years, fans have shared their desire for the friends to get together, however, after a major clue from actor Ice-T, a romance may not be on the cards.

Benson and Stabler made their first appearance in the pilot episode as partners who worked together to tackle crime in the special victims unit.

The two worked together for 13 years until Stabler left the division and retired after fatally shooting a teenage girl.

Up until his exit in season 12, viewers had been calling for the detectives to take their friendship further and spark a romance, however, Stabler was married while Benson was in and out of relationships.

The two finally reunited in 2021 when Stabler returned to screens with his own spin-off, Law and Order: Organized Crime.

As Stabler often has made guest appearances on SVU, fans have reignited their hopes of seeing the two finally become a couple.

This was furthered after his comeback revealed his wife Kathy Stabler (Isabel Gillies) had died after a fatal car bombing.

However, fans could have their hopes dampened after Fin Tutola star Ice-T shared the relationship may not happen.

The rapper-turned-actor said he would like to see the couple get together, adding: “I don’t see why not, I just thought it was kind of odd because Chris was married.

“But then Chris’ wife died, I don’t know maybe they’d rather let that hang on.”

Ice-T added: “It’s very interesting how they twist the plot and they make people stay intrigued in what’s going on next.

“So nothing but love to the writers of this and how they make it happen,” he told Entertainment Tonight.

During season 10, viewers got a glimpse of what it would be like if Benson and Stabler were in a relationship.

The two were working together on an undercover case at a swingers club where they pretended to be a married couple.

During the episode, fans swooned as they held hands and watched Stabler introduce Benson as his “wife.”

Despite years of teasing and speculation, Benson star Mariska Hargitay opened up about the potential relationship.

She hinted at a possible romance but revealed her character was still hurt Stabler had initially left without saying goodbye.

Mariska said: “ Olivia Benson is hurt, he left me in the lurch for ten years. She’s frightened.

“The energy is there, Olivia’s been in love with him for many a year. And I think we are slowly finding our way back to it.”

“I want to give him the amount of time he needs to grieve Kathy Stabler.”

Speaking on the Drew Barrymore Show, Mariska added: “All I know is this Earth is going to shake when that moment happens.”

Law and Order SVU season 24 is available on NBC is the US. A UK release date has yet to be announced.