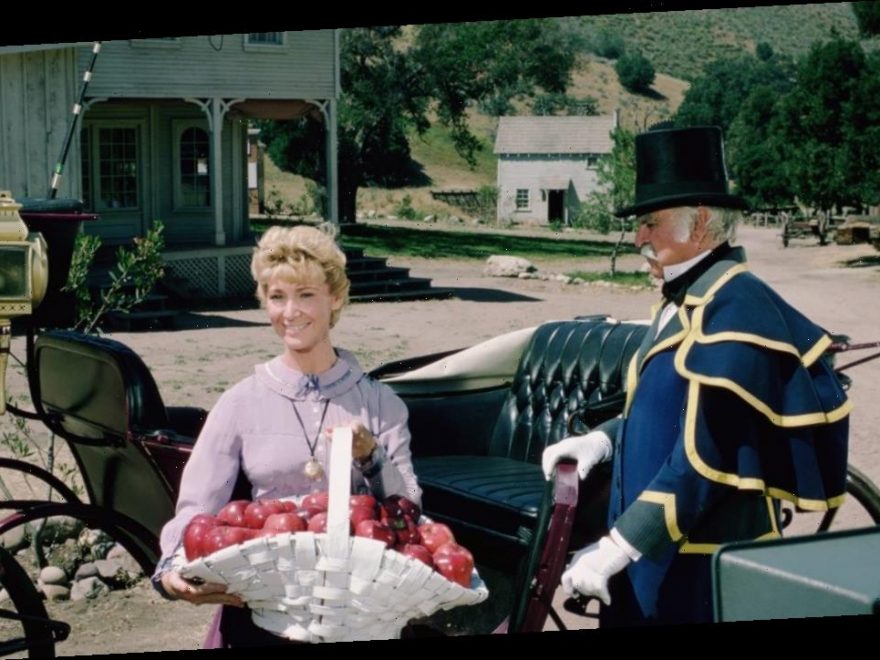 Charlotte Stewart portrayed schoolteacher Eva Beadle on Little House on the Prairie for the first four seasons of the show. With her last episode airing in 1978, Stewart had to find other work after her role on the historical drama.

The Little House alum battled drug and alcohol addiction after her exit, eventually entering a recovery program. Following her rehab stint, Stewart found work with a company that dealt with film and television stars. She recalled one Academy Award winner that was no fun to be around.

‘Little House’ alum got a job within show business

Stewart realized early on that part of her recovery was to be productive. Though the position didn’t require on-camera work, Stewart was able to land a job after rehab that was within her wheel house.

“I count myself extremely fortunate to have connected with a great TV and film industry company called Lantana in Santa Monica,” Stewart wrote in her memoir Little House in the Hollywood Hills: A Bad Girl’s Guide to Becoming Miss Beadle, Mary X, and Me. “Lantana was created by producers Alex Winitsky and Arlene Sellers. … they got the ingenious idea of starting Lantana in Santa Monica which would offer office space, including pre- and post-production space to film companies.”

The company was strategically located for top producers and directors to have easy access, where the Little House star interacted with various celebrities in her new gig.

“At Lantana I performed a lot of different jobs,” Stewart explained. “I would show prospective clients the offices, talk them through the set-up we could offer and I could write-up leases. The idea of production offices in Santa Monica was a big hit and a lot of industry people came through to check out our set-up.”

“Tom Cruise came by once while director Cameron Crowe had offices there,” she wrote. “Someone had seen Tom walk up the hallway into the bathroom and [office manager] Maggi [Kelly] let me know she was going to park her bulldog Gladys in the hall, to see if Tom would stop to pet her on his way back out. And it worked. He took one look at Gladys, couldn’t resist her charms, and we got to meet Tom.”

Another top celeb Stewart came across was very popular with her female co-workers.

“Denzel Washington was another guy all the ladies in the office wanted to meet,” she revealed. “When they heard that I was touring Denzel, there was more excitement than if the Pope was visiting. I made sure we had to drop by the office to review lease agreements.”

Stewart remembered one celebrity that wouldn’t rank as ‘most congenial.’ She described the star as having a laundry list of complaints.

“Of course not everyone can be a lovely person,” she wrote. “We rented space to Shirley MacLaine, who didn’t seem to like anything about the place. Not just predictable things, such as carpet color or the style of furniture but, among other things, made it clear that she hated having a window in her second-floor office.”

While the Terms of Endearment star didn’t attract new fans during her time at Lantana, Stewart noted that most of their clientele were a pleasure to be around.

“[MacLaine] never had a nice thing to say,” Stewart remarked. “None of us ever heard a ‘please’ or a ‘thank you,’ or anything other than demands. Fortunately the majority of our clients were exactly the opposite.”

Stewart went on to land acting parts, including the role of Betty Briggs in David Lynch’s television series Twin Peaks.