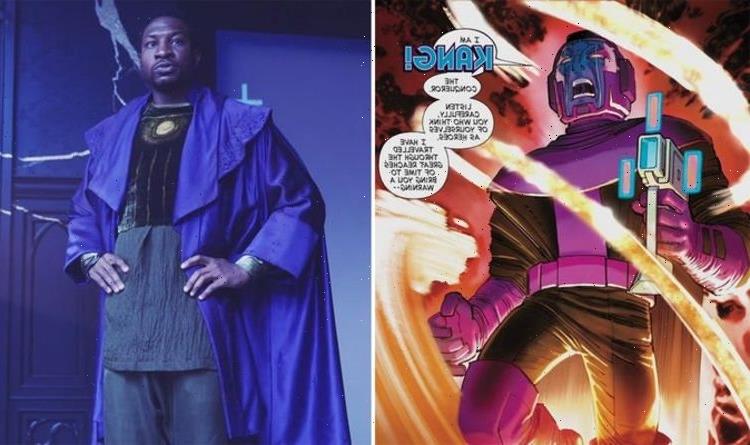 Last week, Loki concluded by revealing who was really behind the Time Variance Authority. Hidden away in his Citadel at the End of Time was He Who Remains, played by Jonathan Majors. The 31-year-old has already been cast in the MCU as time-travelling villain Kang the Conqueror, but this was his first appearance in the franchise as one of his variants.

Now He Who Remains is dead what will Majors’ take on Kang be like?

Well, released on Disney+ today was Marvel Studios Assembled’s behind-the-scenes look at the making of Loki.

And towards the end, Majors himself shared a little more about He Who Remains, who he says has lived forever, and how his take on Kang will differ.

The 31-year-old said of He Who Remains: “Some cultural pop references were, of course, The Wizard of Oz, Sunset Boulevard, Citizen Kane, Willy Wonka and the Chocolate Factory.”

Majors continued: “The archetype of the wizard and what happens to him when he gets bored and he becomes a trickster.

“And I think when we meet He Who Remains, he’s on the borderline of those two things.

“You don’t really know where he’s at and I think the ambiguity of that is one of the wicked things about it.”

The new Marvel star also commented on how anachronistic his costume design was from a Victorian cape to shoes from the era of Genghis Khan.

While on playing Kang and his multiple variants, Majors said: “I think for He Who Remains, the objective for me was to give me the largest canvas possible.

“And then from that, as Kang begins to rear his head do his deeds, in so many ways, he has no choice but to be in opposition or to be different from He Who Remains.

“That was the thing that grabbed me and pulled me into the role, the fact that Kang lives in so many iterations.

“As He Who Remains says, ‘Reincarnation, baby!”

Praising Majors’ take on the Marvel villain, Tom Hiddleston himself added: “Kang is bent on destruction and I’m so curious to see what Jonathan does in the future.”

From the final scene of Loki, it’s clear that Kang has already taken over the TVA since his statue has replaced that of the Time Keepers.

The time-travelling villain is due to be the main antagonist in 2023’s Ant-Man and the Wasp: Quantumania.

But we expect Kang the Conqueror and more of his variants could well turn up in the likes of Loki season 2 and Doctor Strange in the Multiverse of Madness. After all, he’s set to be the MCU’s new Thanos.