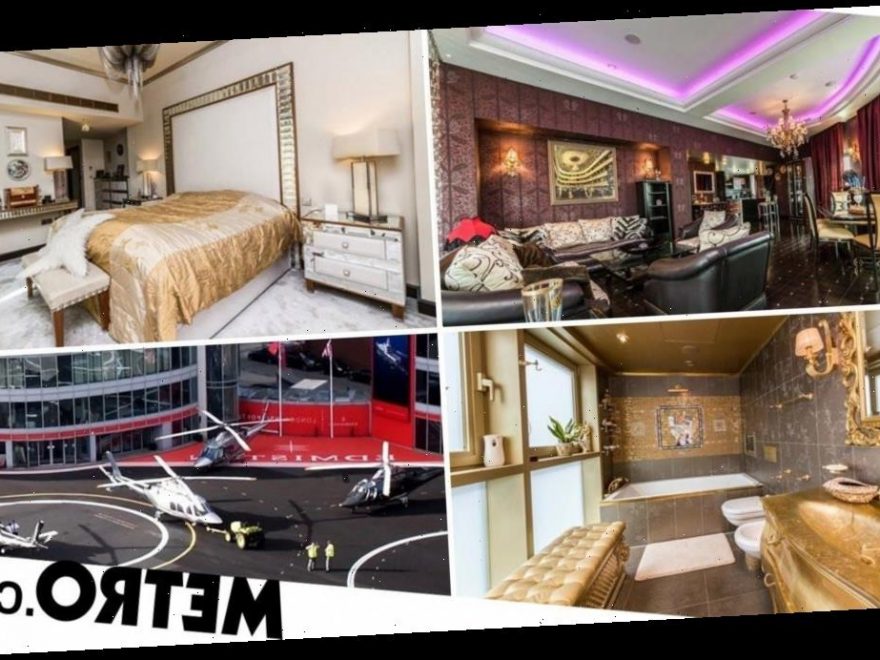 You could get over eight million Freddos for that figure, but we think a wiser decision would be to buy this London penthouse.

On sale for the princely sum of £2.1m, it takes up the top two floors of Vicentia Court in Battersea, overlooking the Thames. It boasts a designer kitchen, a private balcony and three bedroom suites, along with plenty of other amenities.

The lower floor of the apartment has a sizeable reception room and floor-to-ceiling windows offering picturesque views of the river, and a balcony too.

There’s plenty of room to entertain and relax, with an open space to use as you like, as well as an indented alcove cocktail bar and a designer kitchen with everything you could wish for.

It also boasts the main bedroom, which has its own private balcony and an opulent golden en-suite. Upstairs are the two other bedrooms, each with their own en-suites.

Although you might not be able to make use of all the places local to you for now, once lockdown is over, you’ll be close to Battersea Park and the bars and restaurants of Northcote Road.

Transport-wise you’re close to the numerous stations in Clapham, so can get into the city or out to the likes of Surrey and Sussex in no time.

Plus, if you buy the apartment, you get your own heliport, too – just in case you feel like travelling in from the sky from time to time.

It’s the only helicopter terminus in London. Built in 1959, it was bought from Harrods by Weston Homes in 2003, and seven years later they built the riverside Bridges Wharf development around it.

Again, it doesn’t come cheap – the penthouse’s next owner will need to part with over £2 million to get it, but it’s definitely a property worth considering if you’ve got that much spare change rattling around the back of your sofa.

Smaller properties in the building show up on property sites for around £800,000. But then, they also don’t have a gold bathroom and their own cocktail bar – so perhaps the extra cash is worth it.

MORE : 10 London property hotspots to check out for a new home

MORE : Five bedroom luxury houseboat with sauna and jet ski platform on the market for £3.5m