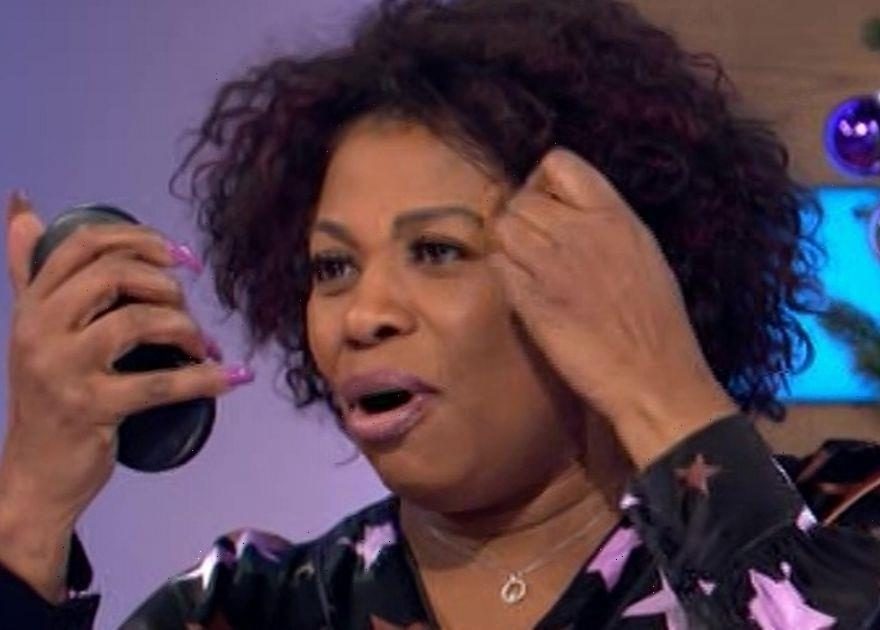 Loose Women's Brenda Edwards was left red-faced after suffering an awkward makeup malfunction live on air after leaving her eyebrow kit on while hosting.

The star revealed that she puts on a special kit to darken her eyebrows, which was what fans at home spotted on Tuesday.

Her fellow panellists found the revelation hilarious after producers told them about the influx of social media comments about her brows.

Coleen Nolan then said: "I thought they were shocking and didn't say anything."

With her jaw dropped Brenda responded: "Oh my god, is that how I've gone out for the whole day?"

Ruth then kindly added: "I would always say to somebody if they had lipstick on their teeth but I genuinely thought it was meant to be like that."

Brenda then went on to explain that she had accidentally left them on from this morning and then peeled them off on camera.

Ruth then addressed the fans at home and said: "Ok thank you very much for pointing out Brenda's eyebrows, the mystery is solved."

Fans of the show stormed to Twitter to laugh at her mishap, with one saying: "Wish my future was as bright and shiny as our Brenda's eyebrows today."

While a second added: "Yes sorry Brenda your eyebrows."

A third penned: "Oh LOL, Brenda didn't peel off the shiny layer of her eyebrows as she says she hasn't any eyebrows. Good laugh had by all!"

A fourth had previously questioned: "Erm Brenda……what’s going on with your eyebrows?"

Brenda was joined on Tuesday's show by Coleen Nolan, Janet Street-Porter and Ruth Langsford, and the group then welcomed on former Loose Women star Sherrie Hewson.

Another beauty fan noticed her mistake and asked: "Has Brenda tried to tint her eyebrows but not wiped the tint off?"

Then another instructed producers to step in and said: "Can someone please wipe the tint off Brenda’s eyebrows. Looks ridiculous."

This comes a day after Denise Welch made a cheeky joke at the expense of co-host Ruth Langsford during Monday's show.

After showing the trailer for a new Netflix film Single All The Way, panelists Ruth, Denise, Linda Robson and Gloria Hunniford turned the topic of discussion towards love.

“If a friend or someone in your family told you that they were about to profess their love to their best friend, would you tell them to go for it?” Ruth asked.

Denise turned to Ruth and joked: “Well, Ruth, when you told me you were in love with me, do you remember how difficult that was for me to say ‘You’ve got Eamonn’, that was very difficult and it’s been the bane of my life ever since.”