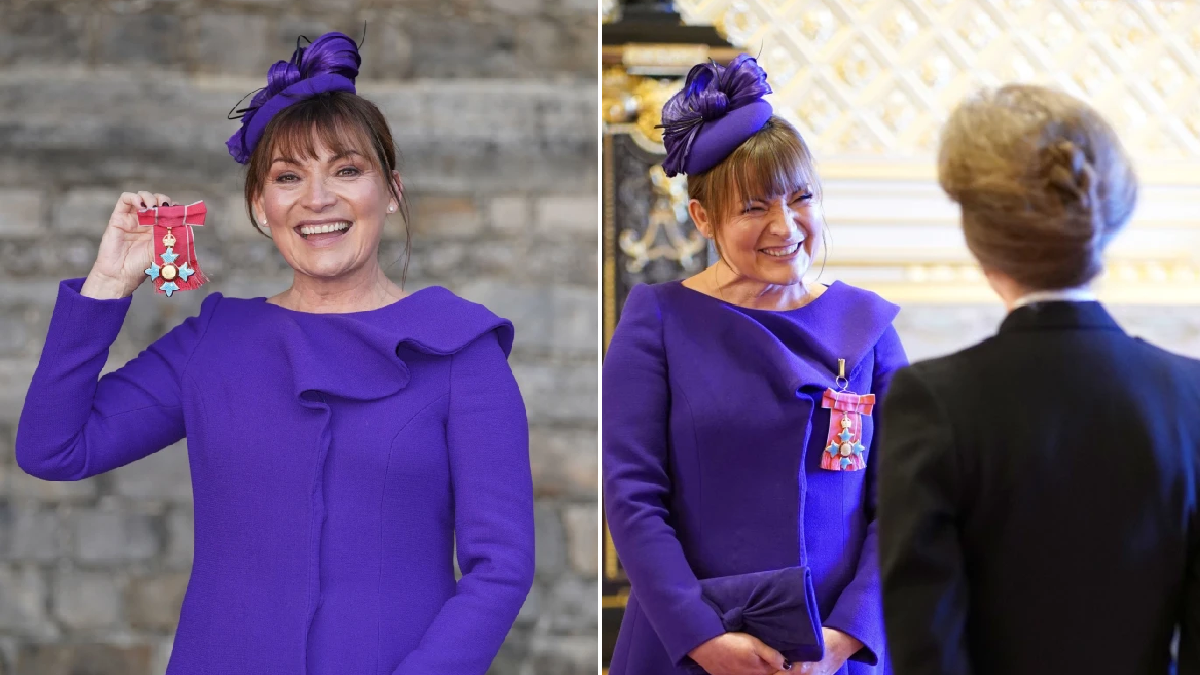 Lorraine Kelly was honoured at Windsor Castle on Wednesday with a CBE for her career and charity work.

The ITV breakfast television staple picked up the notable achievement for services to broadcasting, journalism, and charity, describing her day as a ‘fantastic’ experience.

Being given the accolade by the Princess Royal, Princess Anne was ‘extra special’, Lorraine said, and they spoke about their mutual love of Scotland.

‘I think she genuinely loves Scotland and that was really nice and we just talked about that.’

Asked about receiving the honour, she continued: ‘It was fantastic. What’s been really lovely is meeting people today and hearing their stories, especially people who have been working at the front line and working for the NHS and all of that.

‘It’s been really good. It’s been a beautiful day. It didn’t rain, which was rather lovely.

‘And I was so pleased it was the Princess Royal, Princess Anne. That made it even extra special.

Lorraine brought her cameraman husband Steve Smith with her for the ceremony on Wednesday afternoon and said she might have ‘a small sherry’ to celebrate alongside her mother and daughter.

Lorraine’s on-screen break came in 1984 when she joined TV-am.

She has fronted her hugely popular daily talk show Lorraine since 2010.

Lorraine was appointed an OBE in the 2012 New Year Honours for services to charity and was promoted to CBE in the 2020 Birthday Honours.