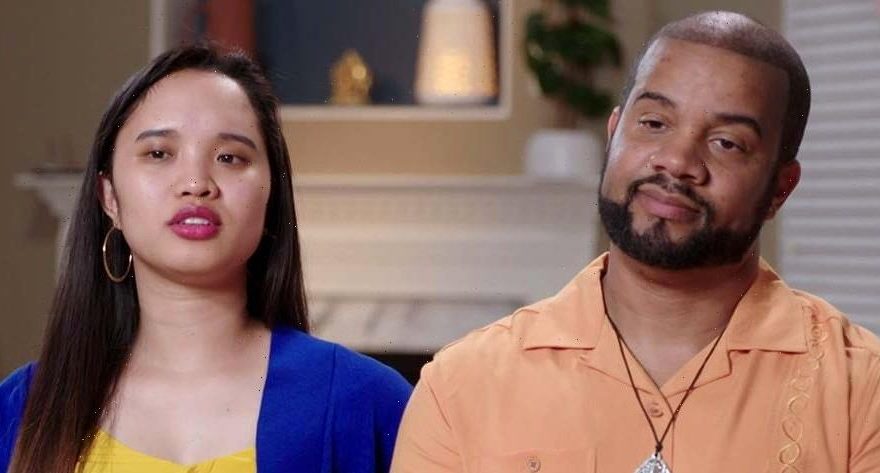 The plot thickens. Tarik Myers made headlines after he seemingly confirmed his split from Hazel Cagalitan — and now his estranged wife is sharing her thoughts on their marriage.

’90 Day Fiance’ Original Couples Status Check: Who Is Still Together?

Tarik, 46, posted a since-deleted screenshot of Hazel’s Instagram profile on Wednesday, December 8, writing, “Not true and you know it. I still will not bash you or air out your personal life.”

Although the Philippines native has not yet responded to her estranged husband, she has shared several quotes via her Instagram story that hint at her state of mind.

“Work at being calm about everting, it will allow your mind to find solutions. Calmness is also a state of trust. Instead of overthinking and overreacting, you just surrender for that moment and allow guidance for what doesn’t make sense,” one of the posts read via her Instagram Stories.

The TLC personality also shared a quote that stated, “You can’t always be nice. That’s how people take advantage of you. Sometimes you have to set the boundaries.”

The duo’s social media activity comes after Tarik announced that he and Hazel were no longer together.

“Hazel does not live with me anymore. She said she is [in] another state with people I don’t know. She is going back to the Philippines. I do know that bc she has no choice,” he wrote via his Instagram Stories on Tuesday, December 7. “Please do not attack her or harass her like you’ve been doing for the last 3 years.”

Viewers watched the pair form a bond during season 2 of 90 Day Fiancé: Before the 90 Days in 2018. After Tarik visited Hazel in the Philippines, the twosome started dating and tied the knot on season 8 of 90 Day Fiancé.

Before their nuptials played out on screen in March, Tarik revealed that the couple had developed a romance with a woman named Minty.

Celebrity Splits of 2021: Stars Who Broke Up This Year

During a December 2020 episode, Tarik noted that he first made contact with the woman amid a strain in his relationship with Hazel, which he later told his then-fiancée about, recalling, “I said, ‘Look, I’m gonna be straight-up honest with you. I started talking online, you know, to this girl.’ She was like, ‘I wanna see all the pictures, I wanna see all the text messages.’ I was like, ‘OK, I ain’t got nothing to hide.’ And then, she was like, ‘She’s beautiful, and I might wanna talk to her.’ … Like, holler at her.”

That same month, the reality stars opened up about how they made their non-traditional take on marriage work for them.

“Hazel told me that she kind of went through some drama with her ex because he was not accepting of [her bisexuality] and he basically told her she was a walking body of sin, and just really hurtful stuff. And I think that further made Hazel kind of close up and never want to tell anyone again,” Tarik detailed during an interview with Entertainment Tonight in December 2020, “So when she told me, I was like, ‘Well, I’m glad you felt the need to tell me upfront and not only do I not care, I want you to be yourself. I don’t care what anyone says.’ Obviously, her family is very religious and I’m like, ‘I’m with you. However you want to do this.’”

Hazel, for her part, shared how being honest with Tarik allowed her to feel “free to be” her true self, noting, “I’m glad because finally I found a guy that really accepts me and especially my son, and now I’m not shy for being me.”