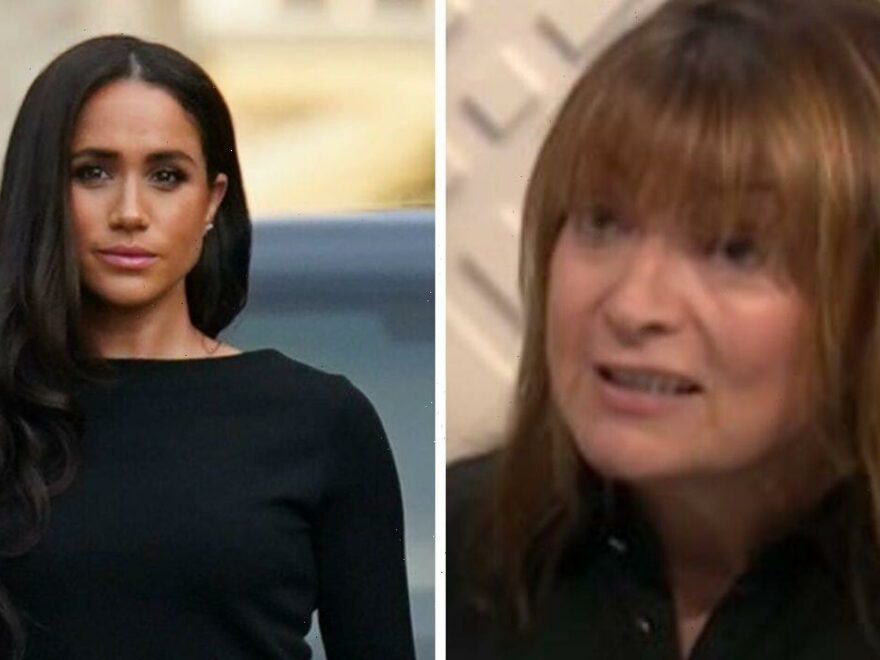 During Lorraine’s ITV show on Tuesday morning, the host spoke to royal editor Russell Myers about the walkabout which took place over the weekend outside Windsor castle. With the two brothers and their wives seen together for the first time following the ongoing royal rift, Lorraine praised Meghan Markle for her interactions with the crowd.

On Saturday afternoon, the two couples came together to view the tributes which had been left for Queen Elizabeth II at Windsor castle.

Thanking members of the crowd for their support, it was the first time William, Kate, Harry and Meghan had all been seen as a group publicly in months.

With the Duchess of Sussex making past comments on how some members of the Royal family treated her whilst living in the UK, some wondered if she’d make an appearance at all following the Queen’s death.

Speaking about their outing, Lorraine said: “Harry and Meghan are so good with the crowd. 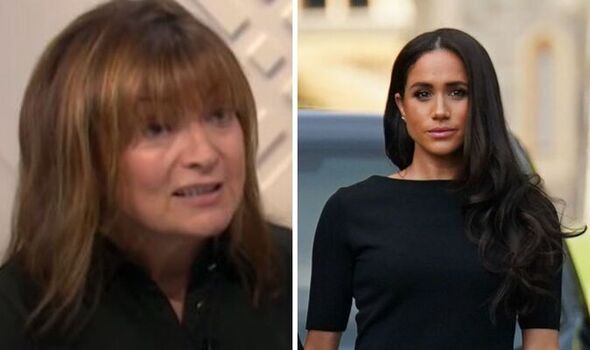 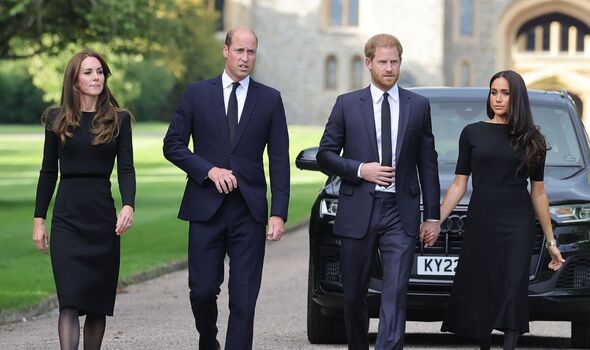 “She looked a wee bit nervous I have to say and I don’t blame her for feeling nervous, I really don’t.

“But she was an absolute delight.”

Russell replied: “I imagine she was nervous, not only being in William and Kate’s presence once again, it’s a huge global event as well.

“But what will the reaction be from the crowd and fortunately it was hugely respectful.” 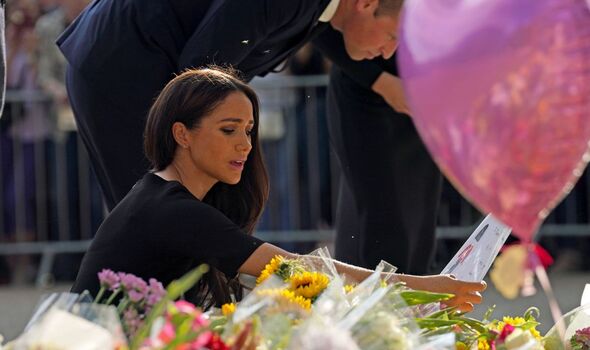 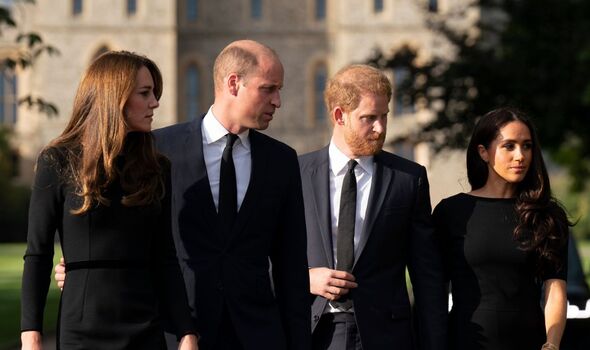 Lorraine agreed with the royal editor as she commented the crowd would be nothing but respectful to Meghan during the family’s time of grief.

Despite speculation the two brothers have had a frosty relationship for quite some time, Russell told Lorraine it was William’s idea for them all to be united.

He said: “It was the new Prince of Wales, Prince William, who picked up the phone and said to his brother, you know, would you like to accompany us to look at these flowers?’

“They’re both living less than a mile apart from each other and I think that he definitely felt that this is an extraordinary event that has happened, it has to bring the family together.

“Whether that is a temporary truce or whether they can repair the relationship after spending some time together, who knows.”

Looking ahead to The Queen’s funeral set to take place on September 19, Lorraine was curious to know where the great-grandchildren would be.

Mentioning that although they’re young, William and Kate’s three children would have to be there but asked about Meghan and Harry’s two may not.

Russell replied: “I did think that perhaps, Meghan’s a mum of two young children, would Harry stay on his own? Would Meghan pop back and then pop back for the funeral?

“But they’re both going to stay for the full week, Meghan’s mum Doria is looking after Lilibet and Archie.

“Whether they will come over, who knows at the moment. I think there is such a lot of moving pieces I can imagine Harry and Meghan are trying to help out where they can.”

Lorraine airs weekdays on ITV from 9am