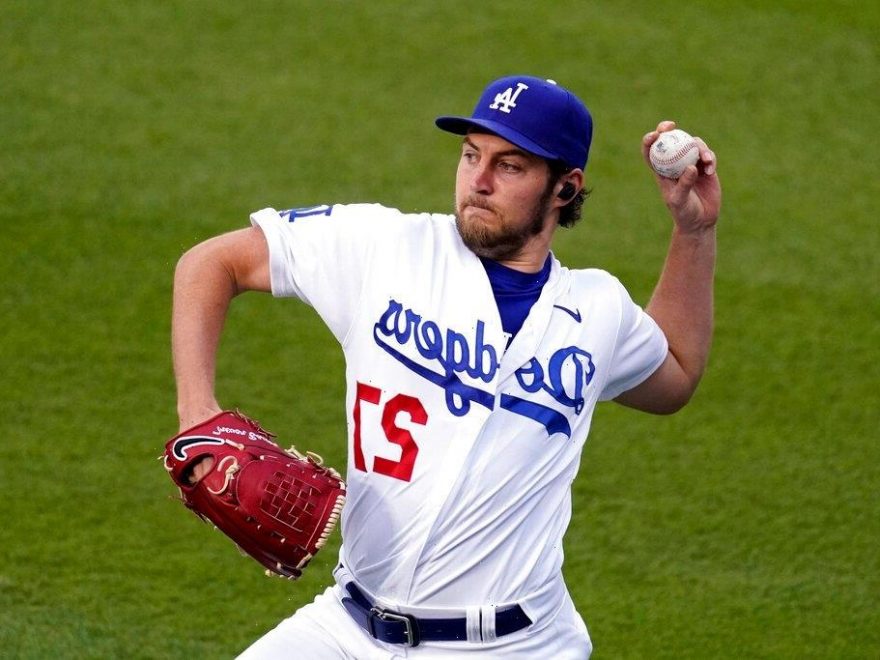 Los Angeles Dodger Trevor Bauer, one of baseball’s top pitchers, has been placed on a seven-day administrative leave by Major League Baseball as sexual assault allegations levied against him are investigated.

Bauer signed a three-year, $102 million contract with the Dodgers this winter as the game’s top free agent pitcher. That’s after winning the 2020 National League Cy Young Award as the league’s best pitcher while with the Cincinnati Reds.

He currently leads the National League in innings pitched and strikeouts while posting an 8-5 record. Bauer will miss his scheduled Sunday start because of the administrative leave.

“MLB’s investigation into the allegations made against Trevor Bauer is ongoing,” the league said in a statement. “While no determination in the case has been made, we have made the decision to place Mr. Bauer on seven-day administrative league effective immediately. MLB continue to collect information in our ongoing investigation concurrent with the Pasadena Police Department’s active criminal investigation. We will comment further at the appropriate time.”

Bauer’s co-agents John Fetterolf and Rachel Luba said their client will not appeal the decision to place him on leave.

“Mr. Bauer will not appeal MLB’s decision to place him on administrative leave at this time in an effort to minimize any distraction to the Dodgers organization and to his teammates,” they wrote. “Of note, administrative leave is neither a disciplinary action nor does it in any way reflect a finding in the league’s investigation.”

Bauer’s situation stems from charges of domestic violence and sexual assault at his Pasadena home made by a 27-year-old woman he met via Instagram. The two engaged in consensual sex, but the woman alleges Bauer went further than she wished, choking her unconscious and punching her during their encounters.

The Pasadena Police Department confirmed to The Athletic on Tuesday that Bauer was currently under investigation. The graphic incidents allegedly happened in April and May, and a 68-page restraining order file by the victim showed visible injuries allegedly stemming from their rough sexual activities.

A hearing on the charges will take place on July 23.

MLB’s administrative leave is not considered a suspension, and the 30-year-old Bauer will still receive his full salary. MLB can request an extension of seven additional days with consent from the Players Assn.

Bauer was not in attendance at the White House Friday when the team was congratulated by President Joe Biden for the 2020 World Series title.