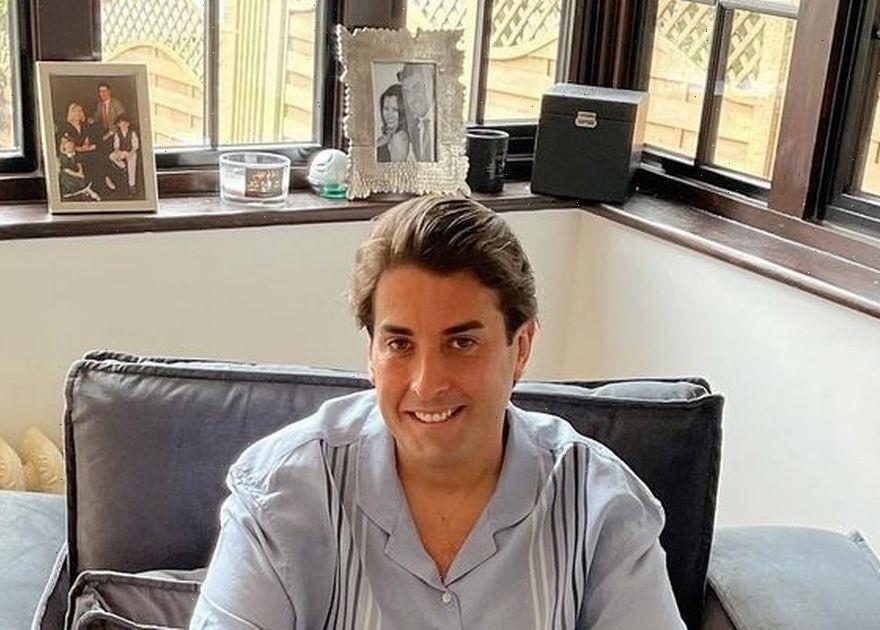 James 'Arg' Argent has been on a very publicised weight loss journey since admitting to having struggled with addiction and depression for a number of years.

But in recent months, the star has been committed to turning his life around and shifting the pounds, and judging from his recent snaps, he's done an incredible job so far.

TOWIE legend James, 33, looked noticeably thinner as he showed off his 5.5 stone weight loss to fans after his gastric surgery.

Earlier this year, the reality star decided to have the operation after he was informed by health professionals that the surgery could save his life.

Taking to Instagram to flaunt his new figure, Arg posed on an armchair and on a sofa as he gave a radiant smile to the camera.

Captioning the photo, the star wrote: "I don’t know anyone who likes to chill as much as me.

"Especially after all the swimming I’m doing, So this is a dream come true," he expressed.

The TV personality wore a pair of beige trousers and a blue shirt. In one of the snaps, he complemented the look with brown leather loafers. The shirt gives evidence to Arg's smaller frame, as it appears to be loosely fitted.

Last year, the Essex chap shocked fans when his weight increased to 27 stone during lockdown.

At the time, Arg admitted that he had replaced his addiction to drinks and drugs with unhealthy food during the height of Covid and gyms being closed didn't help his situation.

Earlier this year, The Sun revealed that Arg decided to go under the knife to help him lose 11 stone. The £10,000 procedure that he underwent in April removed half of his stomach, but the star still desires to slim down to 16 stone.

Arg recently confessed that "he feels 10 years younger" since he shifted some of the pounds.

Talking candidly about his weight loss on Steph’s Packed Lunch, the TV star admitted that he knew his weight gain was dangerous.

He explained: "It felt horrible, I was always extremely uncomfortable, I couldn’t look at myself in the mirror.

"It felt depressing and it just wasn’t me. Now I’m starting to feel like myself again and I’m excited about what the future is going to bring.

"It was scary being 27 stone… It was serious, doctors were telling me how dangerous it was… I knew it was something I had to address pretty quickly."