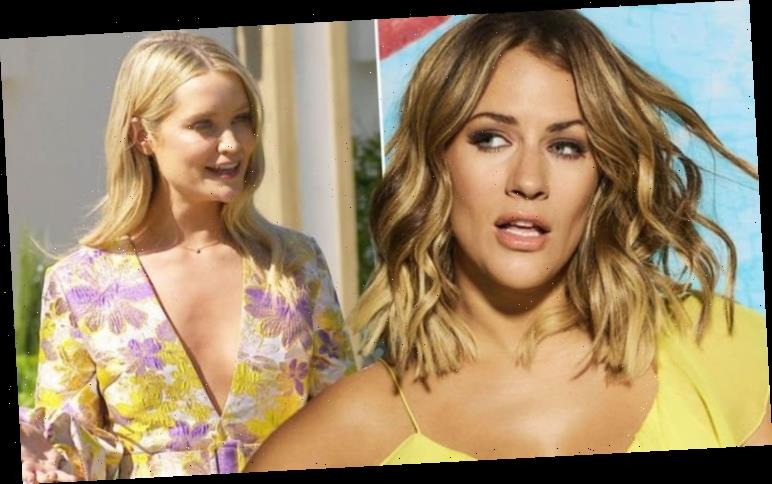 Love Island returned in 2020 for the show’s first-ever winter series on ITV2. Complete with a new-look villa and 12 budding singletons, the hit dating show also landed itself a new presenter in the form of Laura Whitmore following Caroline Flack’s decision to step down. However, the sight of a mysterious figure lurking outside the villa led some fans to joke Caroline has jetted to South Africa to join the islanders.

Caroline Flack took to social media in December 2019 to reveal she wouldn’t be fronting the new series of Love Island.

As a result, ITV bosses decided Laura Whitmore would be the perfect candidate to step in.

Laura, who has presented other ITV shows such as Survival of the Fittest and I’m A Celebrity…Get Me Out Of Here Now!, welcomed 12 new islanders into the villa on Sunday, January 12.

And while some fans may have been sceptical about Caroline’s replacement, several took to social media to praise Laura’s debut. 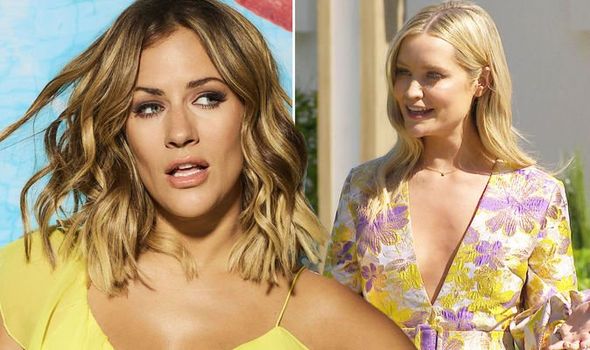 One Love Island fan said on Twitter: “Laura Whitmore is doing a good job!! Here for it #LoveIsland.”

A second agreed: “@thewhitmore is doing an amazing job hosting this year of #LoveIsland2020 and #LoveIslandAftersun.”

While a third echoed: “Laura Whitmore doing a good job so far! However, no one does a slo-mo like the flack! @carolineflack1.”

Even though the famous slo-mo Caroline walks won’t be present in the winter series, a mystery figure spotted in the background of one scene has led to jokes that the TV presenter is in South Africa. 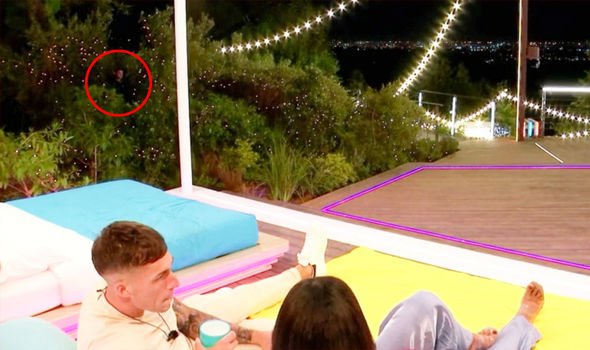 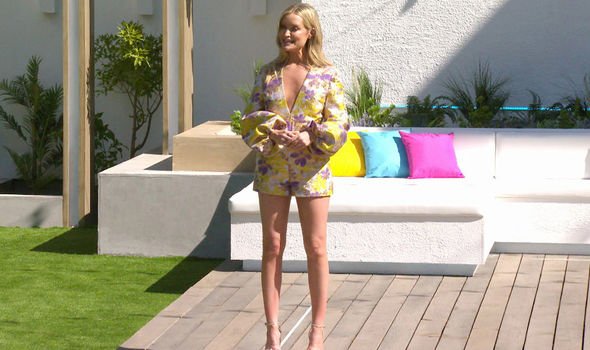 In the first episode of the series, eagle-eyed fans spotted a person in the bushes outside of the villa.

As Sophie Piper and Connor Durham got to know one another, the person was clearly visible in the background.

This led to one fan jokingly saying: “Caroline hiding in the bushes somewhere? #LoveIsland.”

While the tweet was clearly meant as a joke, other fans suggested the person could have actually been singer Lewis Capaldi.

“Did anyone else notice @LewisCapaldi hiding in the bushes of #LoveIsland this evening?” asked one fan.

A second also joked the Scottish singer was the mystery man, saying: “@LewisCapaldi what you doing hiding in the bushes mate? #LoveIsland2020 #LoveIsland.”

Another Love Island shared a screenshot of the incident and quipped: “Think Lewis Capaldi is in the bushes spying on Paige #LoveIsland.”

Love Island viewers will know by now that Paige used to date the singer before heading on the ITV2 series.

In fact, Paige said their romance was her “claim to fame” before heading to South Africa.

Paige revealed: “Lewis Capaldi is my ex-boyfriend. We went out when we were younger,

“I was about 17 or 18. We were together for about a year. It ended really amicably and we’re still pals.”

Fans will have to keep their eyes peeled to see if Love Island falls victim to any more blunders on-screen.