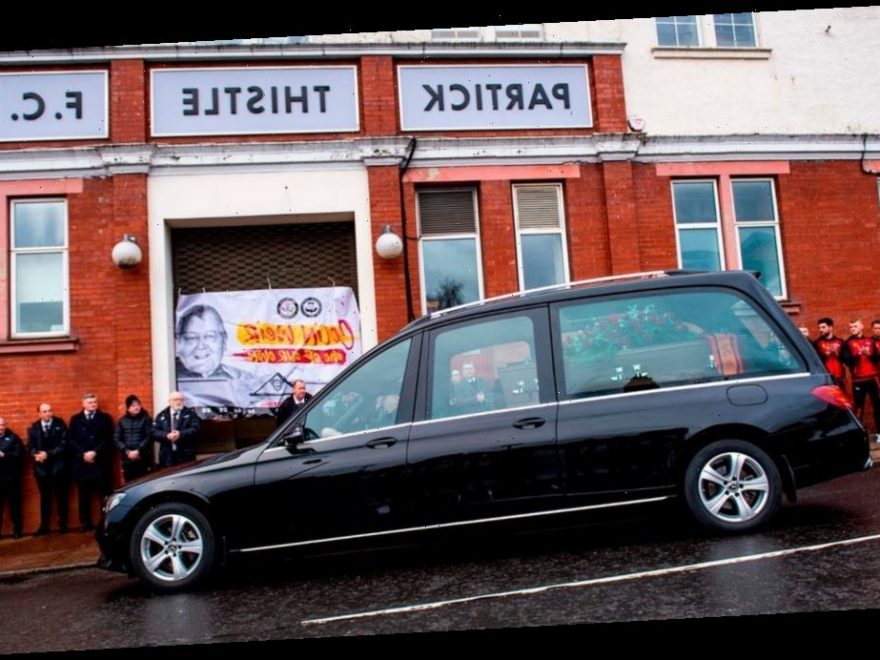 The second biggest lottery winner in UK history made a final visit to the ground of the football club he helped revitalise before his death.

Players and staff lined up to pay tribute while a banner with a picture of Mr Weir was on display at the stadium entrance with "Colin Weir, one of our own" written in club colours.

The 71-year-old and his then-wife Chris, from Largs in North Ayrshire, claimed the £161 million EuroMillions jackpot in July 2011, the highest amount handed out in the UK at the time.

The former camera man set about ridding himself of large chunks of the winnings.

A lifelong Partick Thistle fan, he invested part of his winnings in the club, leading to the youth set-up being rebranded the Thistle Weir Youth Academy and a section of the stadium being named the Colin Weir Stand.

Colin secured a majority shareholding at the Scottish Championship club in November and promised to give the 55% shareholding directly to a fans group by March 2020.

The club dedicated a recent win to him following his death, with players wearing black armbands and fans holding a minute's applause.

A statement on the club website read: "A Scottish patriot, philanthropist and Jags man to the end. Rest In Peace, sadly missed."

After stopping at Firhill at 10.30am, the cortege continued to the funeral service in Partick Burgh Hall, followed by a private cremation.

First Minister Nicola Sturgeon and other senior SNP figures are due to attend the funeral.

The Weirs donated £1 million to the Yes campaign ahead of the 2014 Scottish independence referendum and continued donating to the SNP afterwards.

Ms Sturgeon and her predecessor Alex Salmond both paid tribute when Mr Weir's death was announced on December 27.

Earlier this year, the Weirs confirmed they would divorce after 38 years of marriage.

It is believed that he died of acute kidney failure and sepsis , The Times reported.