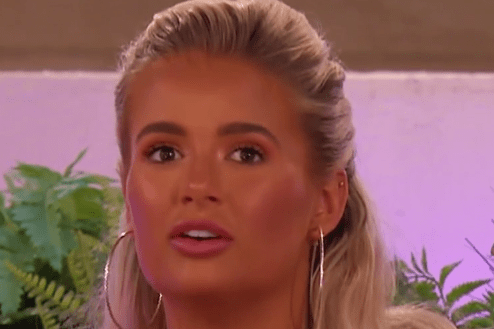 FURIOUS Love Island viewers have accused Molly-Mae Hague of trying to sabotage Amber Gill getting back together with Michael Griffiths.

Many believe the instagram influencer, 20, doesn't want the pair to reunite because they might jeopardise her and Tommy Fury's chances of winning the £50k prize money. 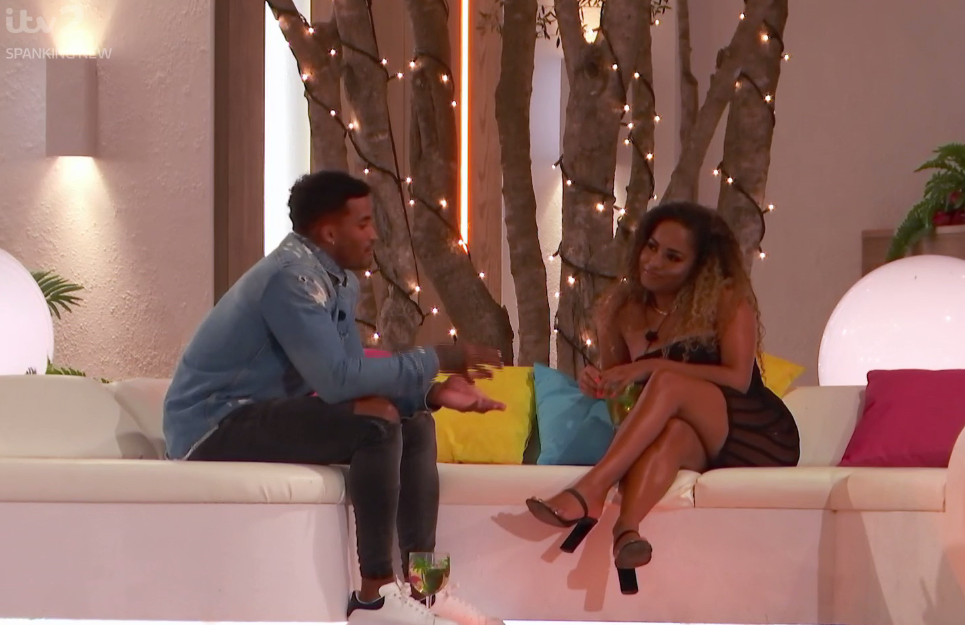 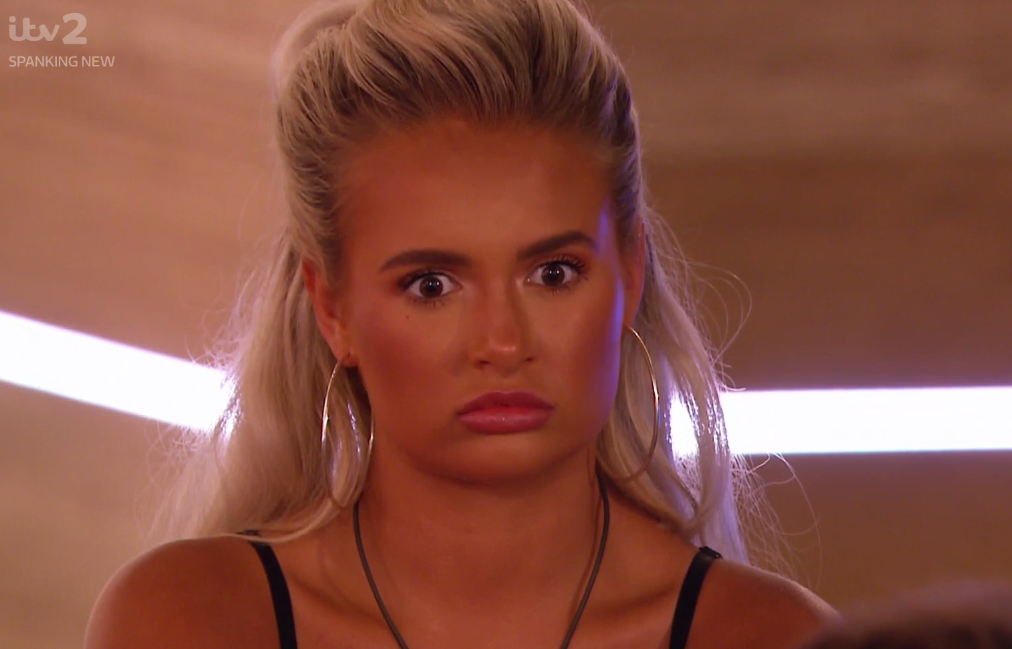 The fan reaction comes after last night's episode, when Molly-Mae told Amber that Michael should 'grovel' to win her back.

This stance was quite the u-turn, considering Molly-Mae has spent weeks pushing her pal to tell Michael she still has feelings for him.

When Michael took Amber to one side at the start of last night's episode, an unimpressed Molly-Mae vented to Anna Vikili, Jordan Hames, Tommy and Ovie Soko by the firepit.

"I'm just surprised Amber is even entertaining it," said a thunder-faced Molly-Mae. 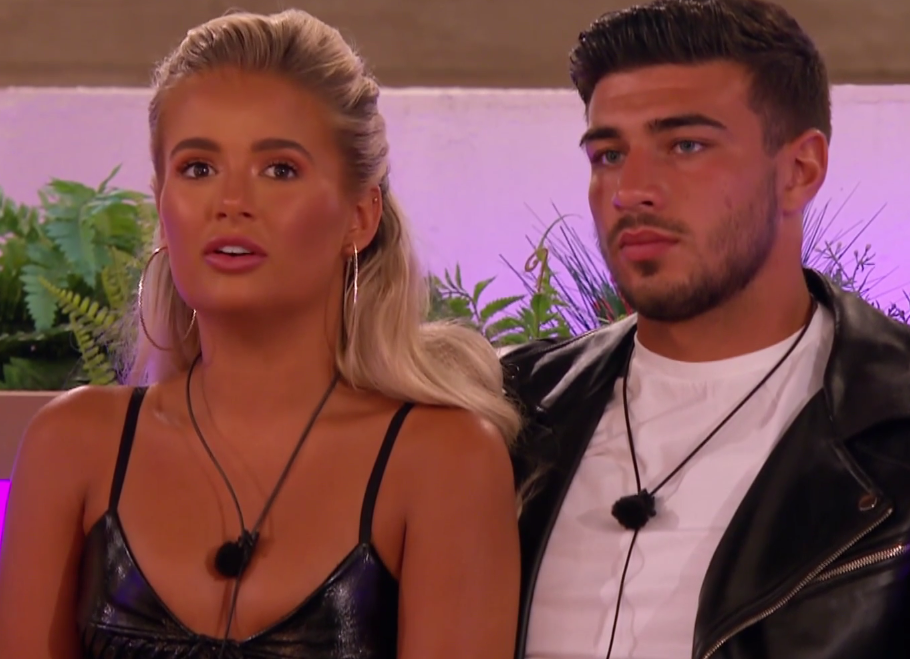 Then when Amber later filled the girls in on her chat with Michael, Molly-Mae was very vocal in telling her mate to proceed with caution.

"You are obviously very good together, you are," said Molly-Mae. "But it's just whether you feel it's genuine what he's saying…  if he's doing it for the right reasons, if he would have done it if Joanna [Chimonides] was still here?

She continued, warning: "Make him grovel. If things are going to work between you two, he has to work for it. He has to grovel. He really messed up." 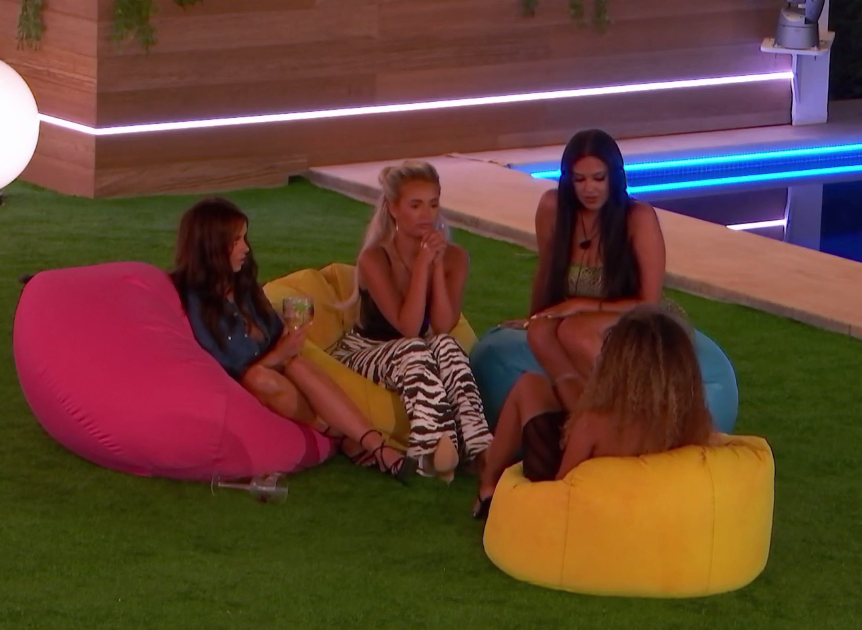 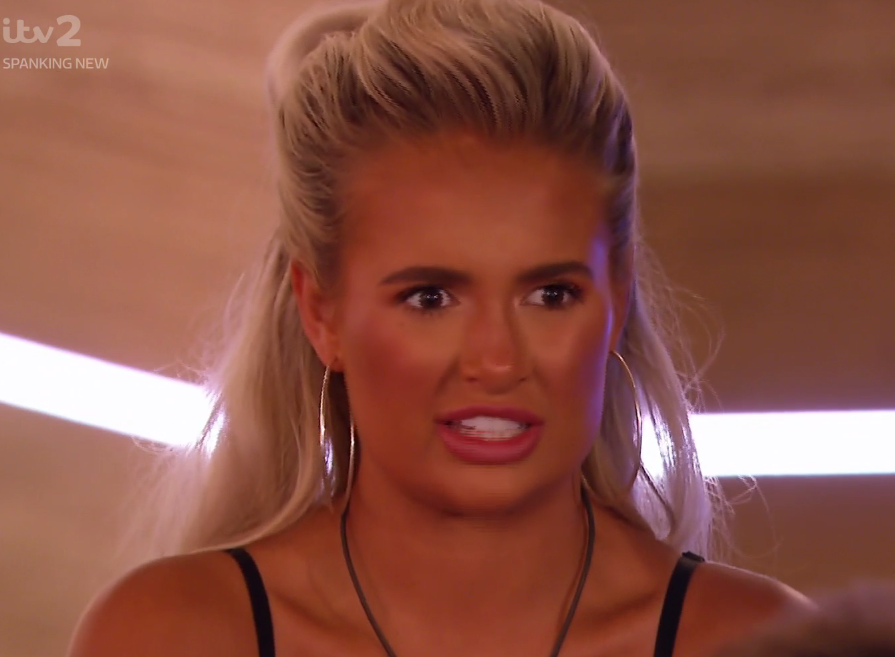 But fans weren't buying that Molly-Mae was acting out of genuine concern for the beautician, instead believing she just doesn't want any competition for the win.

"I want mollymae to go home…shes tryna sabotage everyone all she wants is the money," tweeted one.

Added a second: "Molly Mae is really out here tryna sabotage everyone."

"Molly mae so toxic and nasty trying to sabotage other couples, she payin tommy so hard poor boy," said a third.

A fourth posted: "Seriously molly mae is making me question her sincerity more and more. She’s sweating now that amber could win the 50k because she’s genuine #LoveIsland."

And a fifth branded her a snake, saying:"Molly Mae is that mate who throws all the arguements you’ve ever had with your bf that you’ve confided in her about BACK IN YOUR FACE once it’s all sorted & you’re happy again!! Shes done it to BELLE AND AMBER!!! ? #loveislanduk #loveisland #snake."

And this isn't the first time Molly-Mae has been called out for 'sabotaging' other romances in a bid to win the prize money. 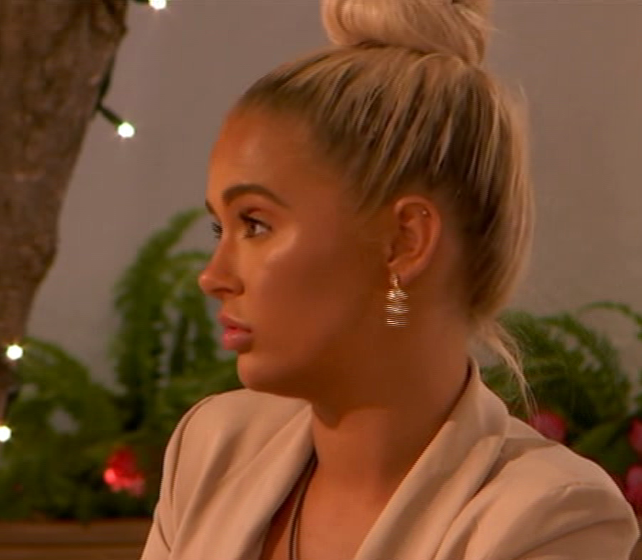 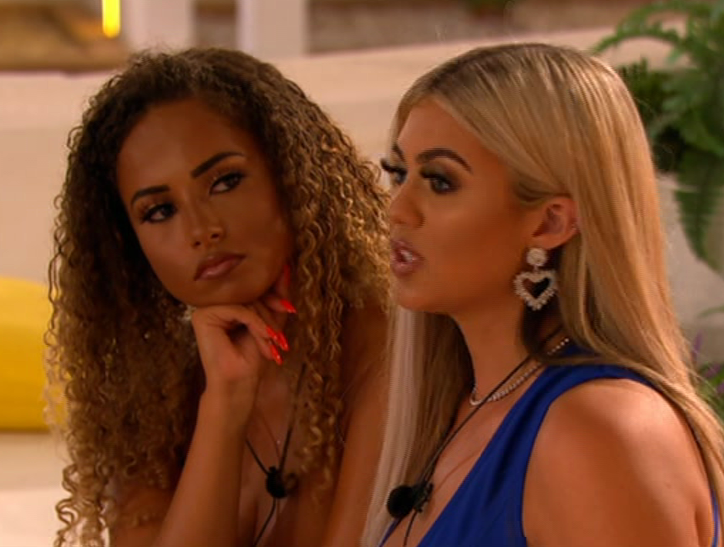 Earlier this week, viewers claimed she was playing a game when she expressed doubts over Anton Danyluk and Belle Hassan's relationship following an argument between the couple.

Speaking to Belle, 21, Molly-Mae said: "I would be worrying if things like that are happening already, you had a big fight.

"Are you not worried this early on? I just wanted to make sure.

"When things blew up between you and him, you were pointing out all the qualities you don't like about him.

"I don't want you to brush that all under the carpet." 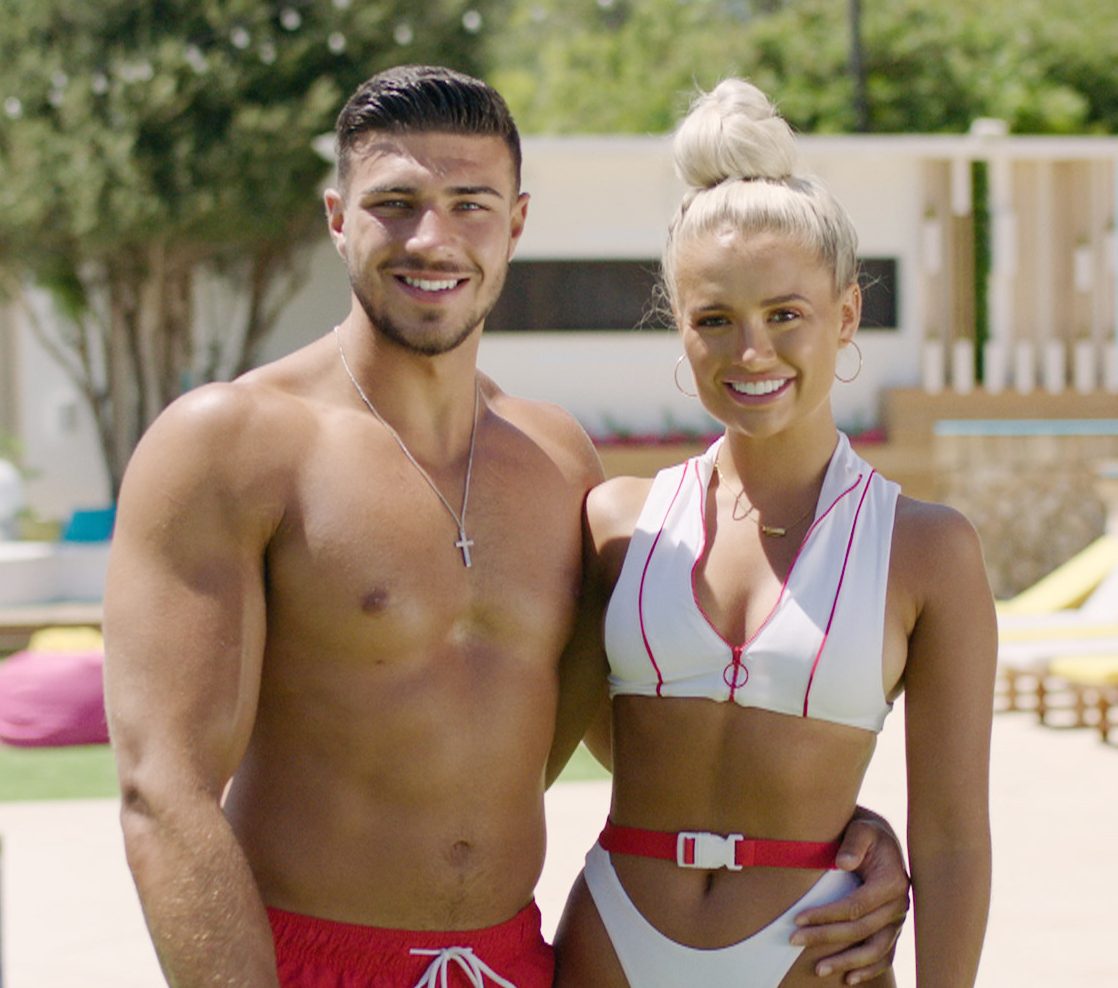 Viewers at home were shocked by Molly-Mae's comments, and were quick to point out that she had previously shared her doubts over Michael's romance with Joanna, as well as stirred the pot by telling the other girls about Anton handing his phone number over to to the shopkeeper.

They went on to question why she'd wanted to send Michael home rather than Joanna during last night's dumping, claiming it was to prevent the hunk from getting back with Amber and threatening her and Tommy's power couple position.

Others also pointed out her hypocrisy as they recalled Molly-Mae having a huge argument with now-boyfriend Tommy when she'd felt threatened by Maura's arrival last month.

One wrote: "Molly-Mae stirring it up between couples she sees as a threat to her and Tommy. I see you girl." 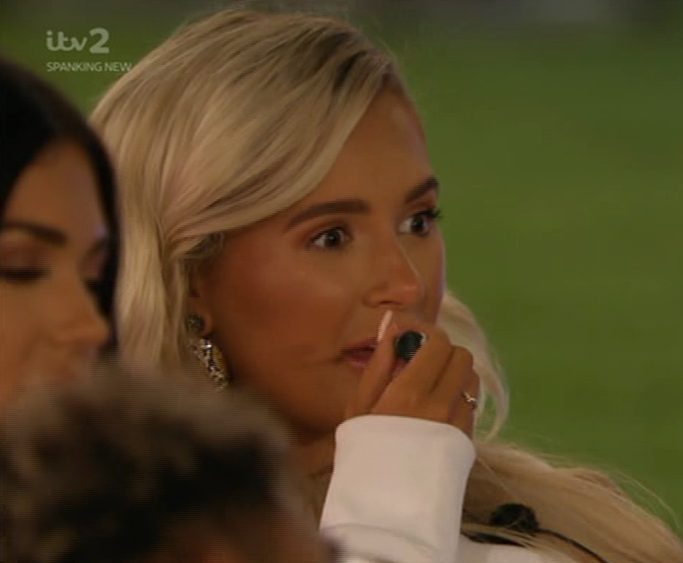 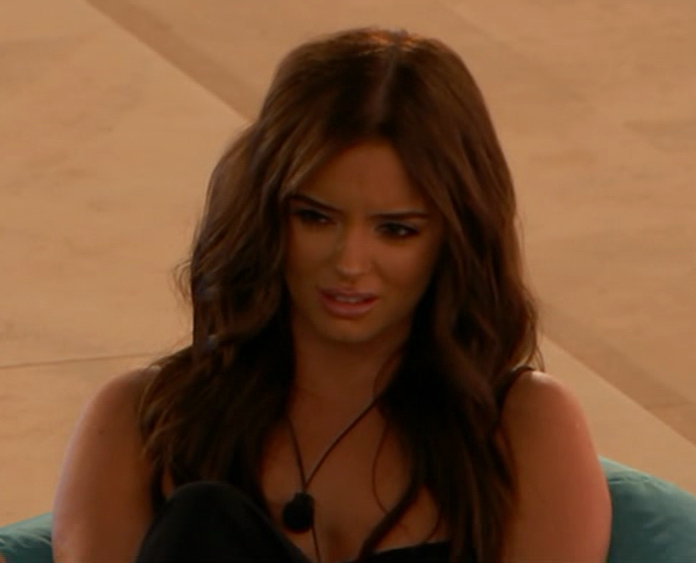 Molly-Mae was also called out after Wednesday night's episode when she appeared to make a "snide" dig at Maura's accent following Greg o'Shea's arrival in the villa.

The Irish rugby hunk took Amber Gill, 21, on his first date during Wednesday's show, and Amber was quick to give her friends a debrief once they returned to the garden.

Maura asked her friend: "Do you really like the Irish accent?"

Viewers quickly picked up on the comment, with many seeing it as a dig.

Taking to Twitter, one wrote: "Did Molly just tell Maura the Irish accent is only good if it’s bloke."

Another tweeted: "You like the Irish accent?!' 'It's different on a boy' Molly Mae you talk sh** #Loveisland."