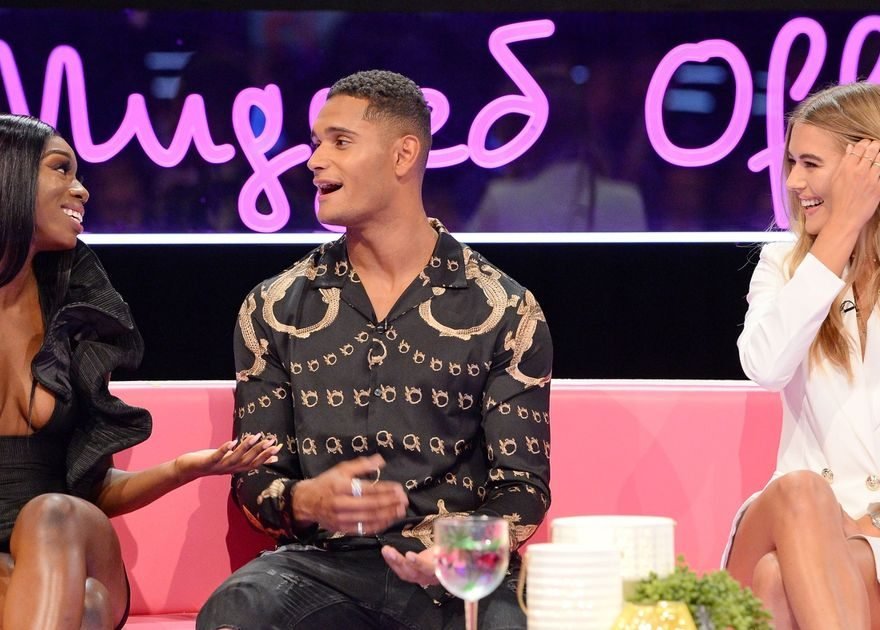 Opening up in interviews is usually a good thing – but there are some matters that are better kept between couples.

Love Island viewers were not impressed when Maura Higgins and Curtis Pritchard opened up on their sex life.

The pair explained all – and even spoke about exactly what 'the eagle' position is all about.

They had no problem talking sex with Caroline Flack – even if it didn't impress some of those watching at home.

Taking to Twitter, one fan said: "caroline asking the islanders about their sex lives is giving me second hand embarrassment."

Another said: "can curtis and maura stop talking about sex !!! disgusteng!"

Taking to Twitter, one fan said: "caroline asking the islanders about their sex lives is giving me second hand embarrassment."

Another said: "can curtis and maura stop talking about sex !!! disgusteng!"

The scenes followed the moment Curtis, and Maura, came face-to-face with his villa ex Amy Hart for the first time.

It was mega awkward for fans, as exes Amy and Curtis were forced to share a table on the live show, even joined by Curtis' new flame Maura.

They were then invited to talk together by host Caroline, putting them all on the spot.

Caroline introduced them all on the show and promised they'd all be sharing the sofa together, but fans were left cringing as the trio were separated by Casa Amor islander Marvin.

Taking to Twitter , fans questioned the decision to sit the trio together given this was the first time they had met up since Amy left the show.

One viewer said: "Maura, Curtis and Amy sharing a table isn't awkward at all…"

Another tweeted: "They did not have to put Amy on the table next to Maura and Curtis omg."

A third commented: "How they've sat Maura, Curtis and Amy."

Love Island: The Reunion viewers were less than impressed with the format of the show, complaining there more advert breaks than interviews.