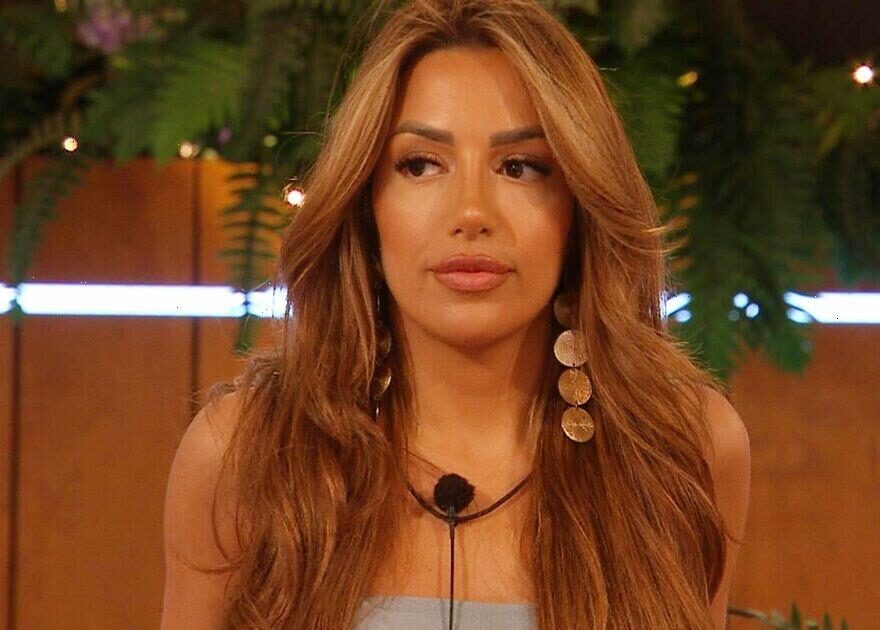 Love Island is set for some dramatic scenes following Friday's re-coupling, which saw Tanyel chose to couple up with Ron, who was previously in a couple with Lana, and with whom he appeared to be getting on quite well with.

Tonight's first look sees Lana confront Tanyel, telling her: "Obviously it’s not nice and you’re like my best mate in here, me and Ron have been happy and now you two are going to be coupled up so I feel like from now on me and you need to have a really transparent relationship.

Lana asks Tanyel: “You must be feeling it to have picked him in the first place?” To which Tanyel explains: “I need to give it a chance the same way I would give anyone else a chance.”

Lana adds: “The only thing that would hurt me now is if things were going on behind my back, I’d just like to know.”

Tonight's episode will also see the arrival of two new bombshells, personal trainer Jessie, 26, who from Tasmania but lives in Sydney and model Aaron, 25, from Melbourne, both of whom appeared on Love Island Australia.

The pair's arrival comes after excitement hits the villa as the Islanders receive a text inviting them to a pool party. As they dance by the pool, unbeknownst to them the two new bombshells are making their way into the Villa.

Appearing on the balcony the two new arrivals announce: "G’day mate!" with Aaron adding: "I thought we should really get the party started, what do you reckon?"

Newcomer Jessie wastes no time in getting to know the boys as she says: “I was wondering if you guys wanted to come and have a chat in the pool with me for a bit, sorry girls.”

As the boys gather around her, Jessie says: "You guys are all so fit, what the hell," and then asks: "Are you guys all happy in your couples?"

Prior to entering the villa Jessie revealed that she had set her sights on farmer Will who has been rather unlucky in love so far.

And the pair appear to hit it off as they go to talk privately on the terrace.

She tells him: "I’m from a place called Tasmania. I kind of grew up in the country” to which Will responds: “Loving it, same, everyone in here is like city people and I’m a little country boy.”

Jessie says: “I feel like you kind of don’t strike me as the kind of guy to be in an office, I feel like it’s a country thing because I’m the same.”

As they continue to bond over shared interests, Will compliments Jessie as he says: “You’re honestly a 10/10, you’re unreal.”

Jessie replies: “You’re obviously gorgeous as well, you really are.”

And Will tells her: “I can’t stop looking at your eyes, your eye contact is so good.”