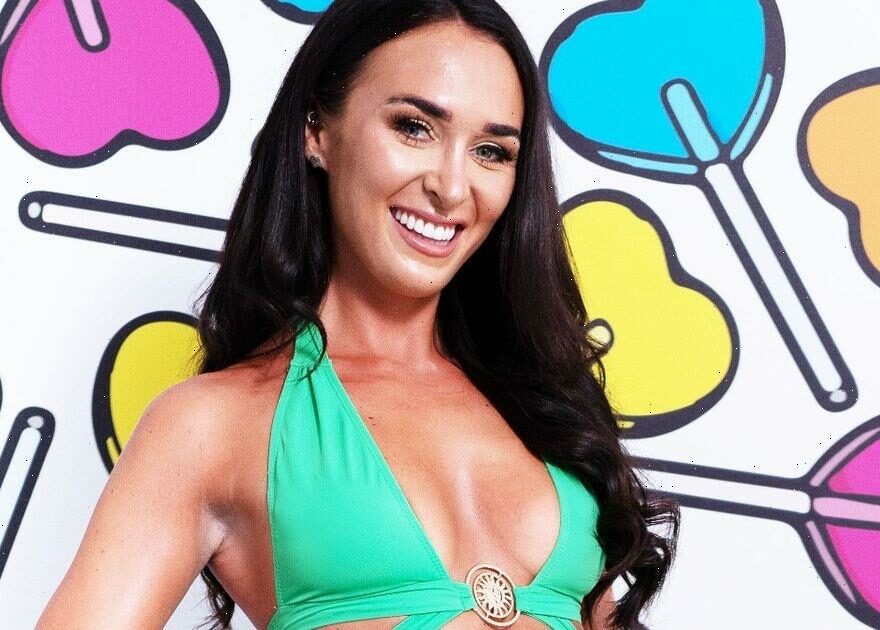 Love Island beauty Lacey Edwards has confessed she was surprised she wasn't banned from wearing her "tiny" thong bikini.

The ITV bombshell revealed she was the only Islander allowed to take in every item she brought from home inside the villa after strict searches from staff.

Lacey, 25, chatted exclusively to the Daily Star during a Facebook Live.

When asked if she was ever banned from wearing anything, Lacey told us: "No, and if anything the green bikini I wore, it is tiny! Not even just a tiny thong, it is a thong bikini at the back but it's so tiny at the front.

"I wasn't banned from anything and I think I was the only Islander who didn't get anything taken off them.

"Yeah, can you imagine having all the packing and then only being in there for a couple of days?

"I had two massive suitcases like two huge ones and you have to cram most of the stuff into the Love Island one and then I wore some of the eBay stuff too.

"But I lost so many clothes as well which I was really annoyed about – as I left so many clothes for the girls and I remember at the reunion party they said all my clothes would be there and none of it was there."

The TV stunner also opened up about her side hustle – her racy OnlyFans profile.

Lacey launched her account last year after seeing her followers shoot up after the show.

The stunning showgirl explained: "I post that stuff on Instagram for free, why would I not make any money off of it?

"It's going to be something I'm focusing on more when I'm home, so as long as I'm ok with it and my boyfriend is ok with it, then that's great. He even said he will take the pics.

"You get people who complement you, it's really lovely.

"Of course, you get guys who ask you to do this or that but, again, I get that on Instagram. It's just deciding who you want to talk to or engage with."