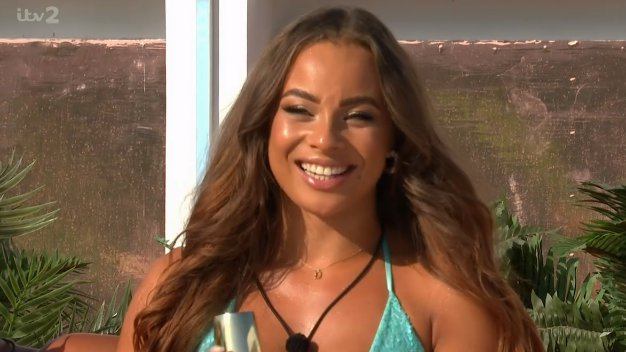 Love Island kicked off with a bang tonight as new bombshell Danica Taylor chose to couple up with Luka Bish, tearing him apart from Gemma Owen.

She had barely been in the villa for 24 hours but Danica, a dancer from Leicester, was given the task of being the first girl to choose in the recoupling.

The dramatic scenes, which aired on Sunday night, saw her decide to couple up with fishmonger Luka, much to the delight – sense sarcasm – of Gemma who he has been with for more than a week.

With Luka now with someone else, Gemma was forced to choose another islander to couple up with and it may have come as a surprise that she opted for Davide Sanclimenti given they’ve already had a failed chance at love earlier in the series.

Davide was a singleton in the villa after an explosive fallout with Ekin-Su last week surrounding her secret kisses with new boy Jay.

Among the predictable choices, Tasha chose to stay coupled up with Andrew, while Amber chose Dami, and Paige chose Jacques after finding a connection with each other in recent days.

However, poor Indiyah was made to choose between her man Ikenna and new boy Remi, who were the last two standing.

She of course chose to stay with Ikenna sending Remi home after a sun-kissed few days in the villa.

Once the heat had settled round the firepit, Gemma and Luka snuck off for a chat on the sofas and reassured each other that they still only had eyes for each other despite no longer being in a couple.

‘We’ve just got to spend as much time as we can now,’ Luka told Gemma who defiantly replied: ‘There’s no stopping us.’

She added referring to Danica: ‘Obviously you’re gonna get to know her now which is fine but I don’t want to stop what we have just because you’re coupled up with her.’

However, Luka insisted: ‘She’s not in the picture. I want you, I don’t care.’

Luka then savagely poured cold water on Danica’s hopes of getting to know him, telling the villa newbie: ‘In terms of a future together I really just can’t see it happening.’

Love Island airs every night on ITV2 at 9pm.