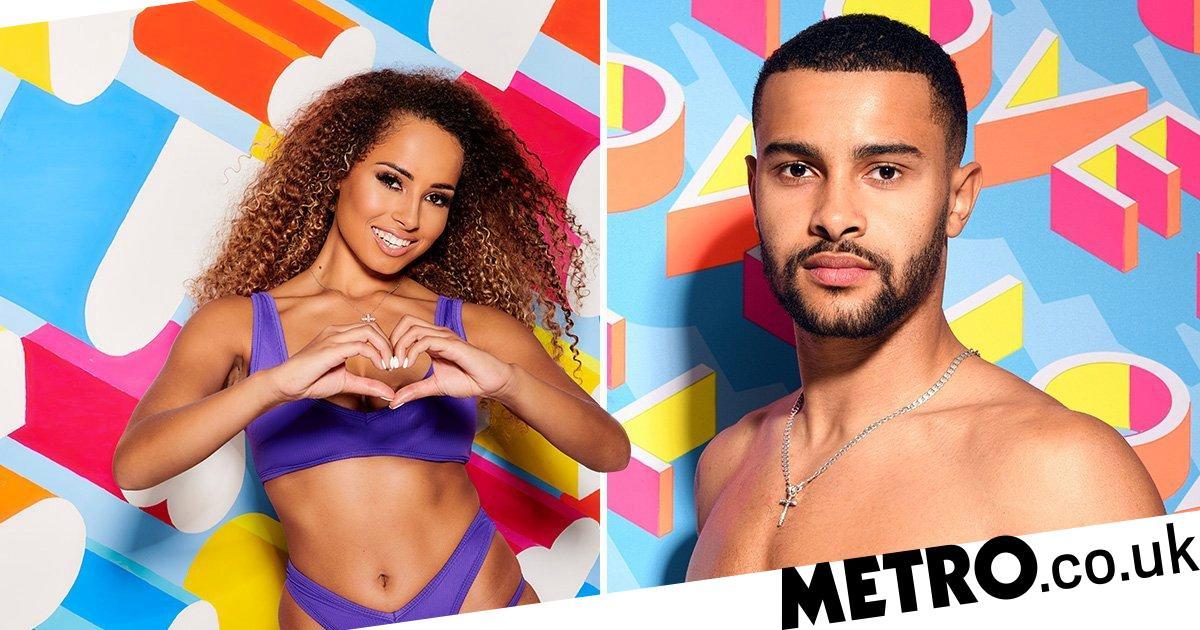 Love Island reject Dennon Lewis has claimed that he was getting close to Amber Gill in Casa Amor but it never made it to telly.

The football player was eliminated from the villa amid the latest twist in the ITV2 tale, which fully exploded the villa into drama territory.

However, Dennon said that despite trying to crack on with Maura Higgins (before she eventually chose Marvin Brooks over him), he actually spent ‘90% of his time’ with Amber.

‘Me and Amber got very close. As a friendship. Obviously there was the situation with her and Michael, who we thought were very strong,’ he told Mirror Online.

‘If things were different maybe we would have coupled up or something.

‘We had a strong relationship and we kind of grew a friendship from it.’

Despite the potential relationship, Amber decided to stick with her current couple up with Michael – only to discover he had moved on with Joanna Chimonides.

While it might not have worked out with her inside the villa, Dennon added that he remained loyal to her and had no interest getting to know Michael on the outside.

‘I don’t want to see Michael again because me and Amber got very close and I didn’t think he’d do that to her. I do love Amber,’ Dennon continued.

Back in the villa, Amber is now single – and has to deal with Michael getting to know Joanna right in front of her.

At least she knows if a hunk doesn’t come in to the villa for her, she still might have a chance with one on the outside.