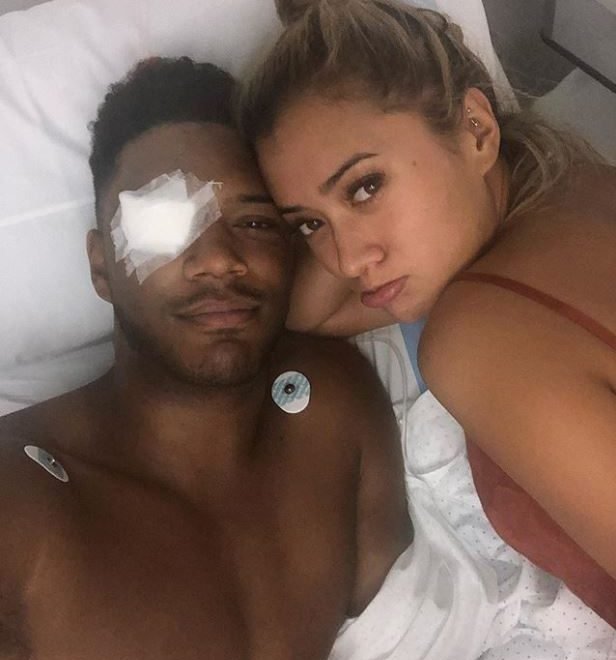 LOVE Island's Kaz Crossley praises her boyfriend Theo Campbell's bravery after he was blind in one eye.

The 28-year-old reality star – who competed on the third series of the ITV2 dating show – underwent two rounds of surgery after his eye "split in half" when he was hit in the face with a champagne cork on holiday in Ibiza. 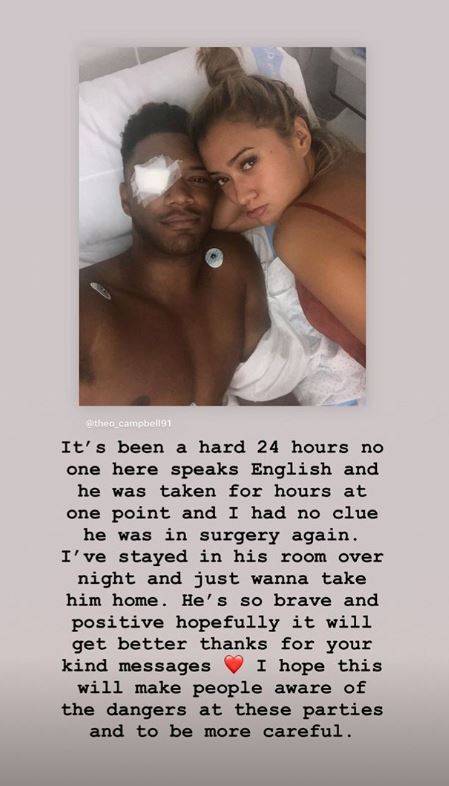 But Kaz – who took part in last year's Love Island – has hailed her beau "brave and positive" after the incident.

She shared a sweet picture of her cradling her lover while in the hospital bed together on her Instagram Story.

The post read: "It's been a hard 24 hours no one here speaks English and he was taken for hours at one point and I had no clue he was in surgery again.

"I've stayed in his room over night and just want to take him home.  He's so brave and positive." 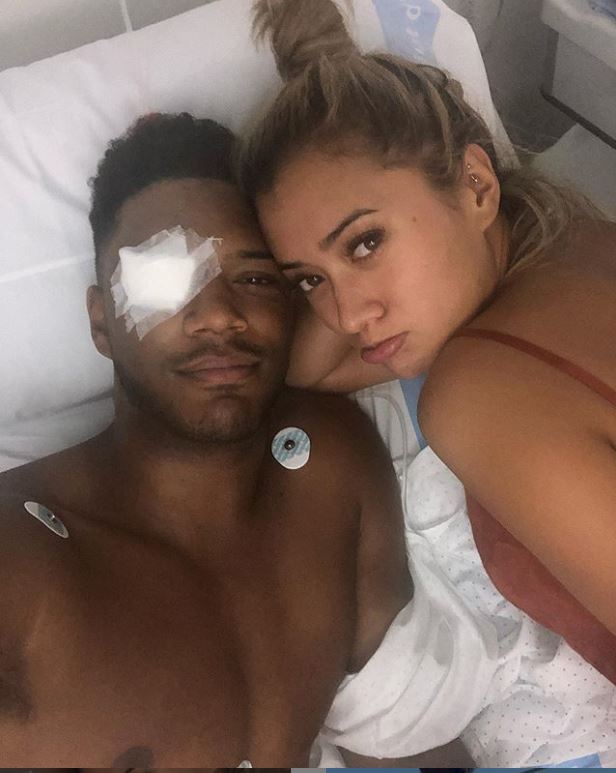 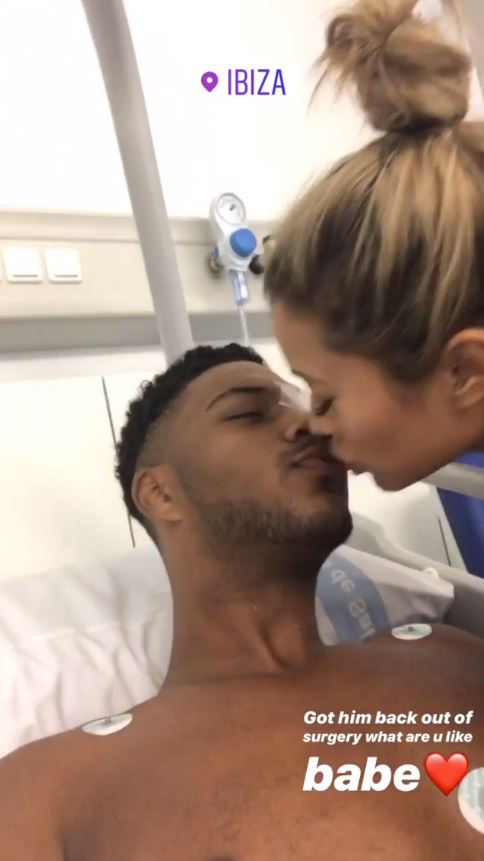 The style icon – who has launched her own range of headbands since leaving the show – has thanked fans for their well wishes on Theo's behalf, and hopes people become more aware of such dangers at parties.

She continued: "Hopefully it will get better.

"Thanks for your kind messages.

"I hope this will make people aware of the dangers at these parties and to be more careful." 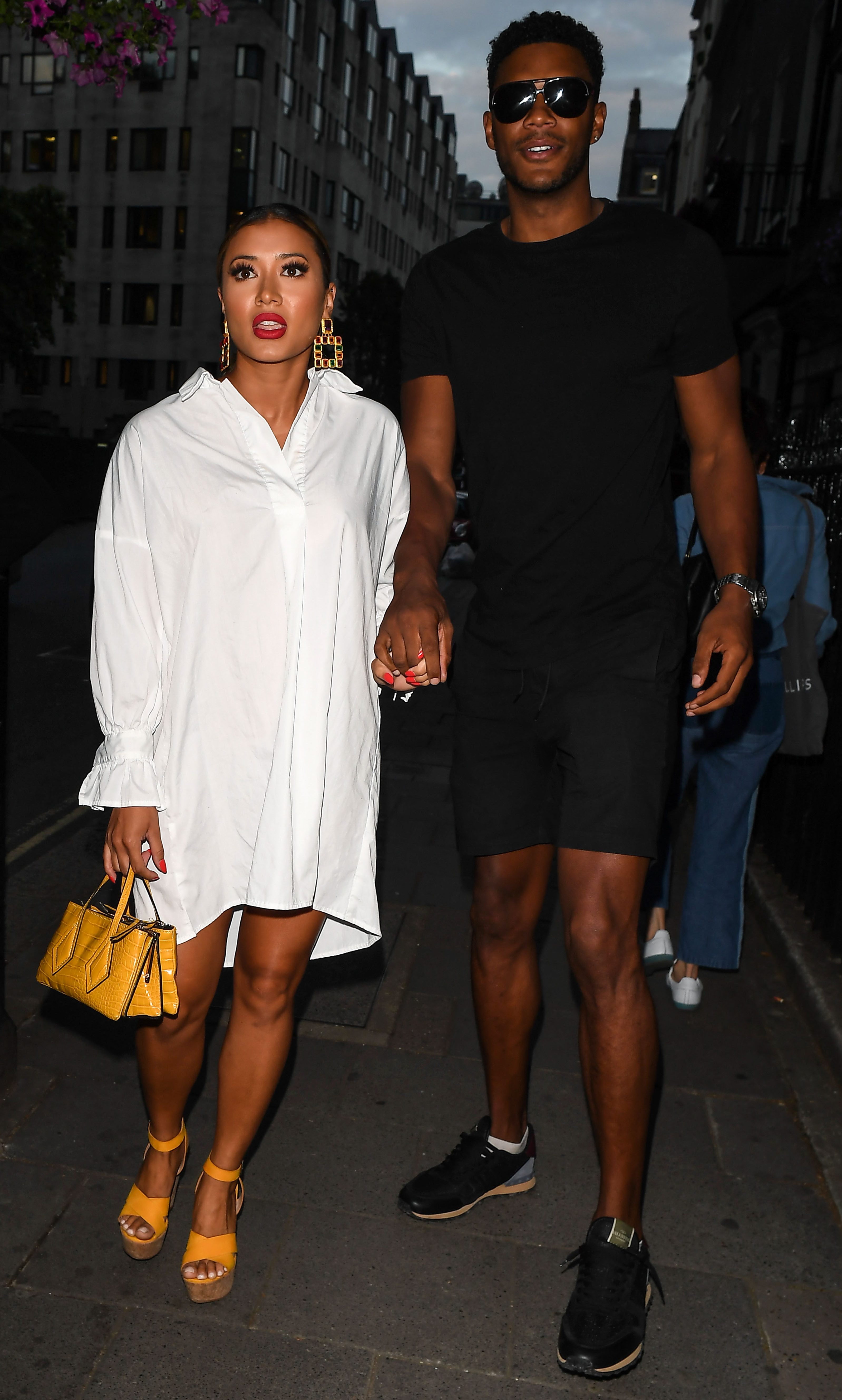 Kaz has not left Theo's side since the ordeal, and has admitted she "sneaks" into bed to cuddle her boyfriend as soon as the nurse leaves the room.

In a separate post she wrote: "Everytime the nurse leaves I sneak into his bed."

Theo broke the news about the accident yesterday, which received over 116,000 likes.

The track athlete has since updated his fans on Twitter that he has been told by medical staff it is "unlikely" he will be able to see again after having seven stitches in his eye.

He tweeted: "I currently have 7 stitches in my eye (gross) and the doctors say it’s unlikely I’ll see properly again, they done a good job saving it as they said I might loose my whole eye to begin with.

"But Im hopeful and don’t want to believe my eye is gone forever. Anything is possible."