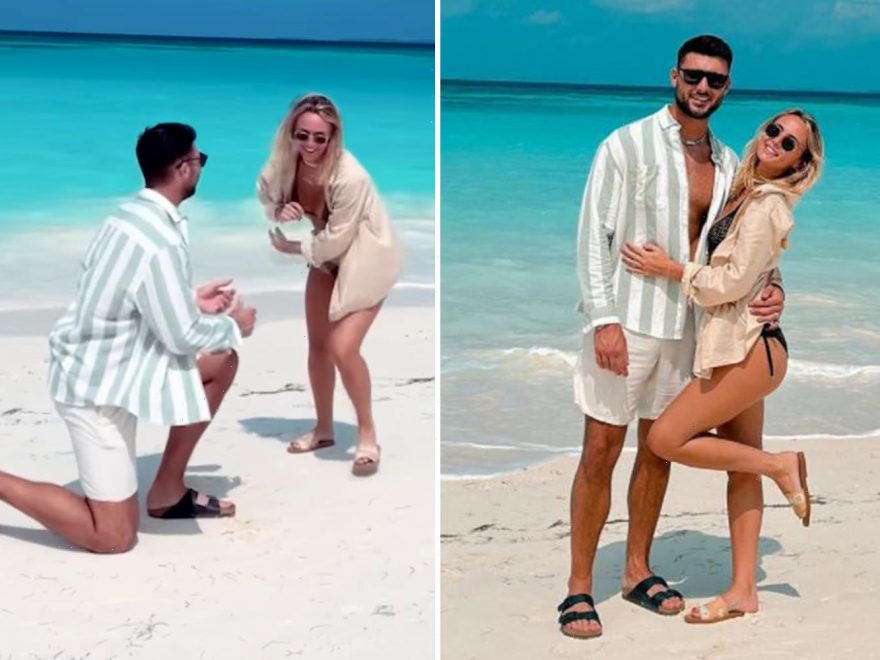 LOVE Island winner Liam Reardon has been spotted proposing to Mille Court as the couple enjoy a luxury romantic break to the Maldives.

However, the Welshman was only pranking his girlfriend by getting down on one knee as they were trying to take an Instagram snap on the white-sand beach. 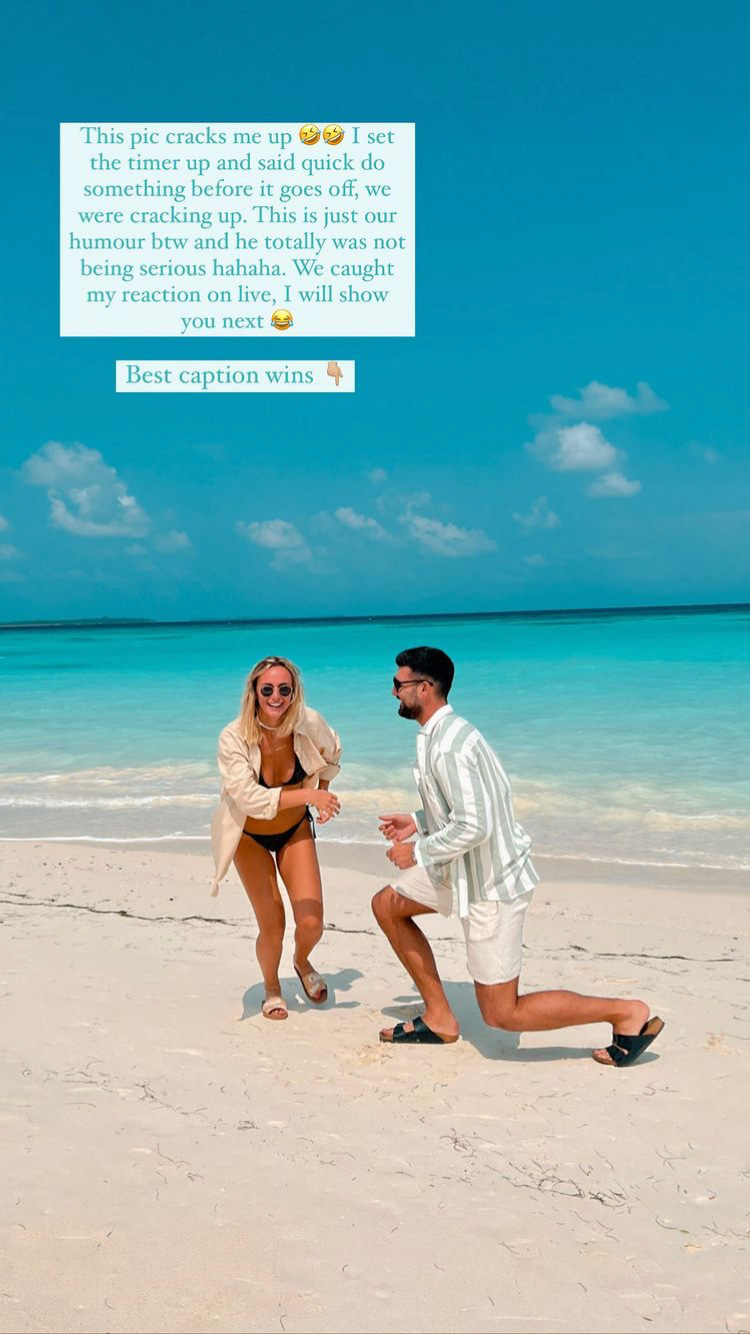 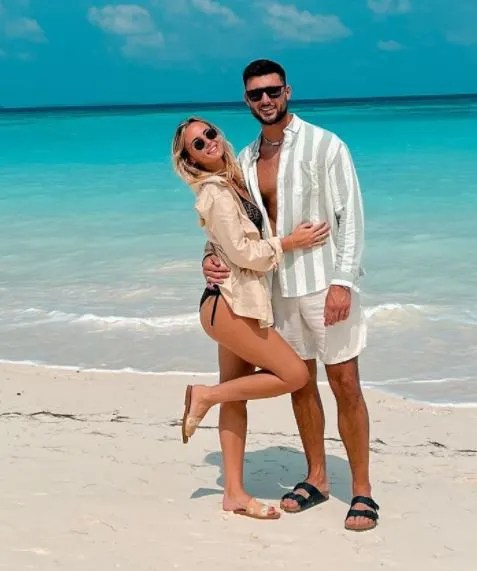 Millie, 24, shared the jokey photo on her Instagram stories on Tuesday night as she told fans they were left "cracking up" over the proposal pose.

"This pic cracks me up," she said of the snap, which saw Liam, 22, down on one knee as she appeared to be running away from him.

"I set the timer up and said 'quick do something before it goes off' – we were cracking up. This is just our humour btw and he was totally not being serious."

She went on to show her "reaction" to the pose, as she "slapped his hand and ran away" – revealing her toned abs in a tiny brown bikini.

Millie went on to post some of the snaps the couple took on the beach, which showed them sharing a kiss and cuddling up to one another in the sunshine.

"What an amazing first holiday with you," the reality star captioned the post, as fans flooded the comments to compliment the "cute" photos.

The couple, who were crowned champs of the ITV2 show last summer, are currently enjoying a luxury break together in the Indian Ocean.

Last week, Millie and Liam showed off their incredible luxury villa which is raised on stilts in the sea and featured a private pool and water slide.

FINE DINE WITH ME

Millie shared a fun clip of Liam using the slide, where she could be heard cheering as he threw himself down the flume on his stomach.

The couple have only just arrived in the Maldives after being forced to quarantine in Dubai.

Liam received a positive Covid-19 test after arriving in the UAE, meaning he and Millie had to cancel their plans to celebrate New Year's Eve in style.

Millie shared her devastation as she spoke out about their Covid chaos on Instagram.

She said: "Hey guys, sorry I've been a bit quiet with posting our holiday fun… but we received some bad news and Liam's PCR has come back 'presumptive positive'.

"This means we have to isolate now for three days in hope that it may be negative then. If it is then we're free to leave but if it's positive then we have to finish the 10 day quarantine."

The Essex babe was then forced to hit back at "trolls" after she was flooded with messages slamming them both for holidaying during a pandemic.

Liam received a negative test several days later, meaning they were able to continue on to the Maldives. They arrived on Tuesday. 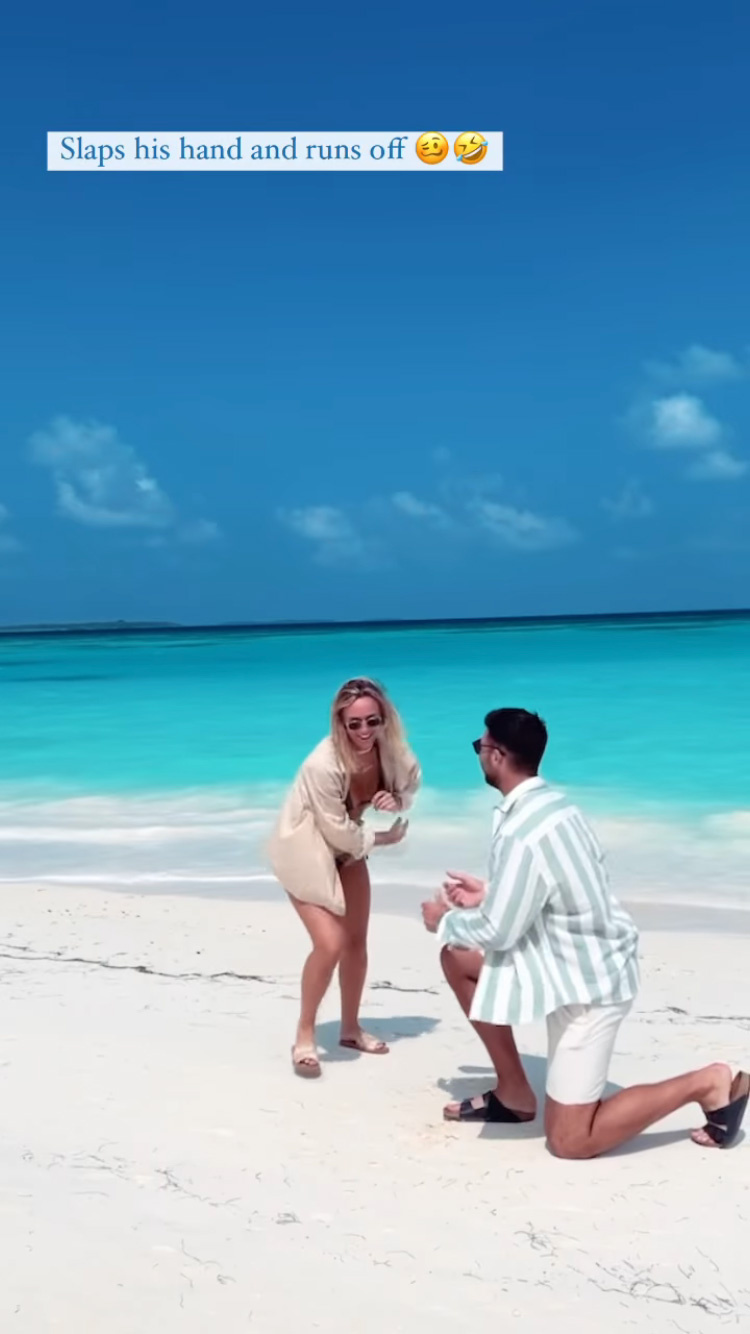