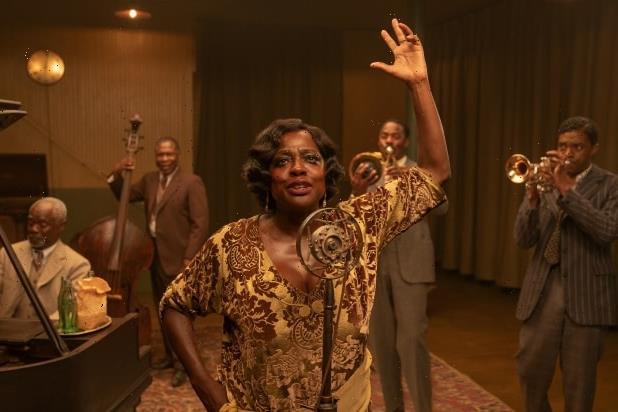 “Ma Rainey’s Black Bottom,”  “Mank,” “Rocks,” “Tenet” and  “Sound of Metal” were among the winners at Saturday’s BAFTA Opening Night 2021 ceremony, the first of two ceremonies at which the EE British Academy Film Awards will be handed out.

The Opening Night ceremony handed out awards in six below-the-line and two short-film categories. In the BTL categories, “Ma Rainey’s Black Bottom” won for costume design and for makeup and hairstyling, “Rocks” for casting, “Mank” for production design, “Sound of Metal” for sound and “Tenet” for visual effects.

The virtual ceremony was hosted by British radio and television presenter Clara Amfo and also included a performance of the Oscar-nominated song “Speak Now” by “One Night in Miami” and “Hamilton” star Leslie Odom Jr.

Prince William was originally scheduled to host a panel discussion about filming during the pandemic, but he pulled out after the death of his grandfather, Prince Philip.

The films with the most nominations in the below-the-line categories going into the Opening Night ceremony were “Mank” and “The Dig,” with three each, followed by “Ma Rainey’s Black Bottom,” “News of the World” and “Greyhound,” with two.

The bulk of the British Academy Film Awards, an additional 18 categories, will be presented on Sunday in a separate virtual ceremony hosted by Edith Bowman and Dermot O’Leary.

Winners are indicated with *WINNER.