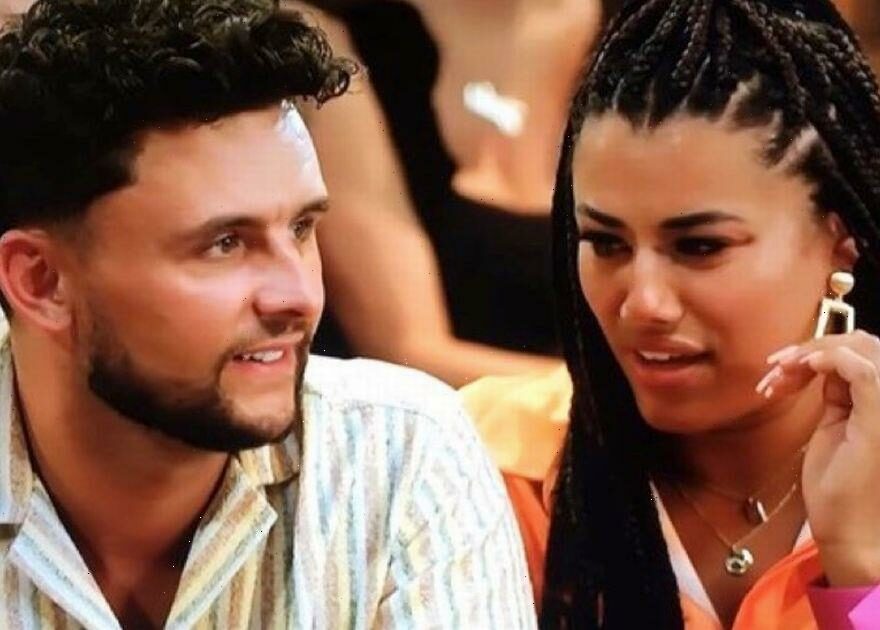 The contestants faced experts Paul C Brunson, Mel Schilling and Charlene Douglas for one last time on Tuesday 18 October's episode of the programme, which sent many tongues wagging across social media.

As they all gathered around, Whitney, 31, and Matt, 32, sat together on a red sofa opposite the experts before rewatching a scene of them declaring their love for one another after sharing a romantic kiss on a bridge.

The couple got together following their failed marriages to Duka Cav, 31, and Gemma Rose, 30.

Chanita couldn't hold back her thoughts on the pair's kiss as she turned to Jordan Emmett-Connelly, 29, who she split with, and said: "I hope we don't look like that when we kiss."

And fans at home immediately burst into a fit of laughter as they flocked to Twitter to share how entertained they were by the scenes unfolding.

One person wrote: "I hope we don't look like that when we kiss" Chanita is hilarious, EYE will marry her #mafsuk".

"LOOOOL Chanita “I hope we don’t look like that when we kiss” I am FINISHED #MAFSUK," another shared.

A third agreed: "Chanita is brilliant #mafsuk," followed by a sweating emoji, while a fourth added: "Chanita is awesome ‘God, I hope we don’t look like that when we kiss!’ You really don’t #MAFSUK".

The experts were taken aback during Monday night's reunion episode when the show’s resident firecracker Whitney rocked up alone.

"Oh snap!" said Paul as Whitney came into the room, while Mel admitted: "I wasn't expecting that."

After walking into the reunion solo, Whitney was asked by Thomas Hartley and Adrian Sanderson if she was “happily alone” – to which she said yes.

Citing their long distance relationship as the cause of their relationship break down, Whitney went on to explain: “After our vow renewals I went up to his and we were still super intense… but distance is a big thing."

She added that she and Matt has both been left feeling “frustrated” with the situation.

Speaking to pal April Banbury, who turned up with hubby George Roberts, Whitney went on to say: “He has other things going on in this life.”

“We’ve kind of remained friends. I still have feelings for him and I still care for him,” she added.

Despite a frosty welcome, Gemma told Whitney that she was genuinely “sorry” things didn’t work out between her and Matt.