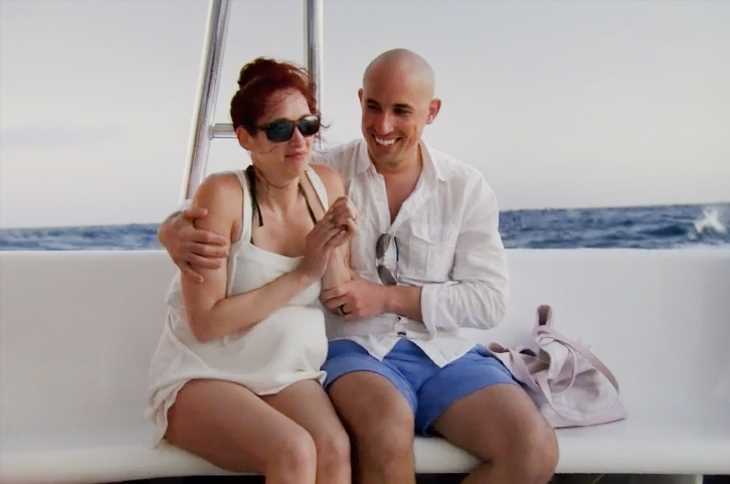 Beth Bice and Jamie Thompson are going to have to right the ship after this fight.

The Married at First Sight newlyweds got into their first public brawl during their Caribbean honeymoon — and PEOPLE has an exclusive clip of Wednesday’s episode.

“I’m stuck out here, wet, salty, and I have to eat dinner like this,” Bice says, as the four Charlotte couples spend some time on a boat.

“I just snapped at him because I was trying my best not to throw up, and I don’t think he realizes the severity of how I’m feeling right now,” Bice follows up in a confessional.

As the couples reach the port, Thompson tries to de-escalate the situation by throwing in a joke.

“Can we annul our marriage if you’re dead?” he says with a laugh. “Or are we past that point?”

Thompson then offers to do “whatever you need me to do to help you out.” Bice just asks him to get her “off of this f—– boat.”

Though he remained calm throughout the overseas ordeal, Thompson doesn’t hold back after getting off the boat.

“I’m just like okay, I’m just going to hold off from this a little bit,” he says in the confessional. “This is not cool, this is not how you talk to me.”

Before the couple’s first fight on MAFS, Bice spoke to Reality TV World about her approach to dealing with problems within marriage. Ironically, she used a boating analogy.

“It’s always up to the individual to want to work on getting over those bumps in the road or the hard times,” she told the site. “At the end of the day, I just keep telling myself, ‘a smooth sea never made for a skillful sailor’ and I think that has helped me a lot in this experience.”

Prior to the show, Bice told PEOPLE that she has focused on her personal growth for the last two years — and she was ready for the commitment.

“I’m getting married at first sight because I have quite the personality,” she said then. “I consider myself that ‘fun’ kind of crazy, and I want a husband who is going to accept me for who I am.”

After growing up in a tight-knit family, Thompson said he’s ready to go out and explore the world with a forever partner.

“I’m ready to get married at first sight because I’m 35 and I’m getting to be that creepy, old guy,” he joked.