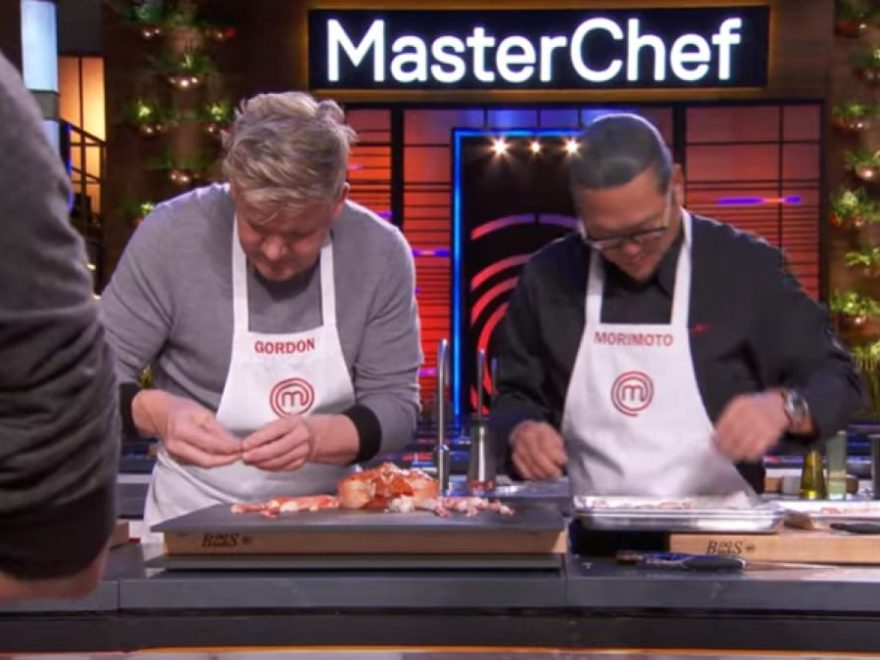 MasterChef Episode 12 aired on Wednesday night and it was certainly a fun installment for viewers. The top 13 home cooks had to prove they could break down an Alaskan king crab correctly.

During Episode 11, Keturah King came up short during a BBQ challenge. He got sent home, leaving just 13 home cooks competing for the title of MasterChef.

For the new episode, Chef Masaharu Morimoto was in the house, adding a bit of excitement to the show.

The episode began with chefs Gordon Ramsay and Masaharu Morimoto demonstrating how to shuck a crab. It also showed how much respect the home cooks have for Chef Morimoto.

The point of this episode was for the top 13 home cooks to show what they could do with crab. They were put on the spot to come up with dishes that would impress the judges and it definitely created a lot of chaos.

On the line in this episode was immunity. It was up to the cooks to impress the three hosts and their guest, with some getting to escape participating in the Elimination Challenge.

Who won immunity on MasterChef Episode 12?

Three home cooks secured immunity because of their crab dishes. Fred Chang, Micah Yaroch, and Shari Mukherjee are now safe for the week. They don’t have to take part in the Elimination Challenge. It looks like it could be a very tough one, but Fred, Micah, and Shari will get to watch it from the balcony.

Everyone who failed to gain immunity will be cooking for their time in the game during the next episode. MasterChef Episode 13 comes up quickly, airing July 25 on FOX. Make sure to tune in to find out who goes home next.

MasterChef airs Wednesday and Thursday at 8/7c on FOX.