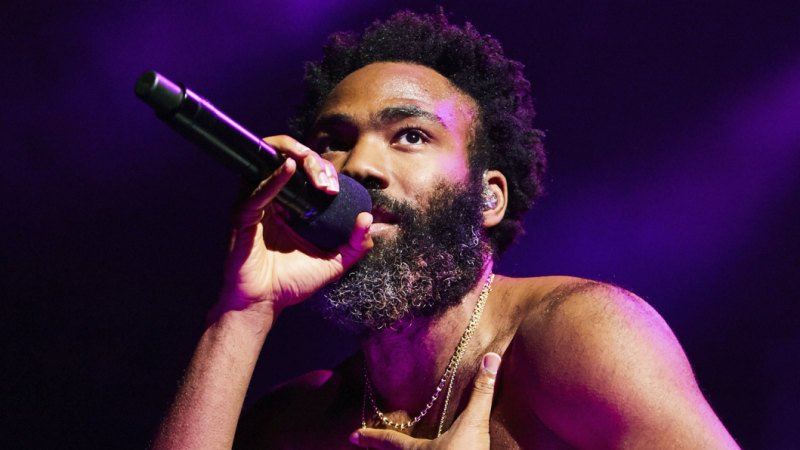 If in doubt, dance. That’s not only good advice for life but seemed to be Donald Glover’s driving philosophy for what he called the last Childish Gambino show in Australia. 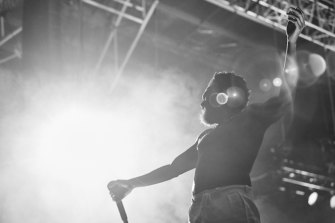 The crowd certainly obliged, pulsating as the singer, rapper, TV mastermind and movie star orchestrated a dazzling, ear-splitting display of hip-hop, R&B, funk and a few genres in between – occasionally all at once, and almost never while standing still.

After a deceptively subdued start, Glover burst forth with the new and sinister Algorythm, a booming hip-hop banger replete with lasers and back-up dancers dressed as if they were a gospel choir. The bright and breezy pop of Summertime Magic lurched into the fierce The Worst Guys, a clapback at those who snipe because he doesn’t do music full-time, which ended in a blazing guitar solo.

It’s not for nothing Glover’s early recordings were criticised for trying to do too much – what he lacks in costume he makes up for in sound.

And in showmanship. The dance moves, combining African influences with James Brown, the wild and cheeky glint in his eyes and a willingness to appear at random spots in the crowd kept fans enthralled.

The few quieter moments allowed his voice to shine where on the bigger songs it got lost in the mix; his falsetto is sweet but his vocal prowess was better served on the more rap-heavy tracks. The best of these came in the encore, with earlier hits Sober, 3005 and Sweatpants retaining their freshness before closing with the mellow, intoxicating funk of Redbone.

Glover has spoken in recent years about retiring the Childish Gambino persona, and the shock of grey in the 35-year-old’s beard suggests he can’t go on forever without a name change.

His actions, though, spoke differently, and his new material is strong. Not only This Is America, which has outsize cultural influence as a commentary on race and gun violence, but the outright banger Human Sacrifice, so far unreleased save for snippets in commercials. 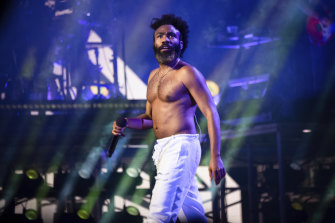 Unless he was acting, he showed no sign of wanting to put an end to his career in music. If Childish Gambino is to end, Donald Glover is a more than adequate replacement.