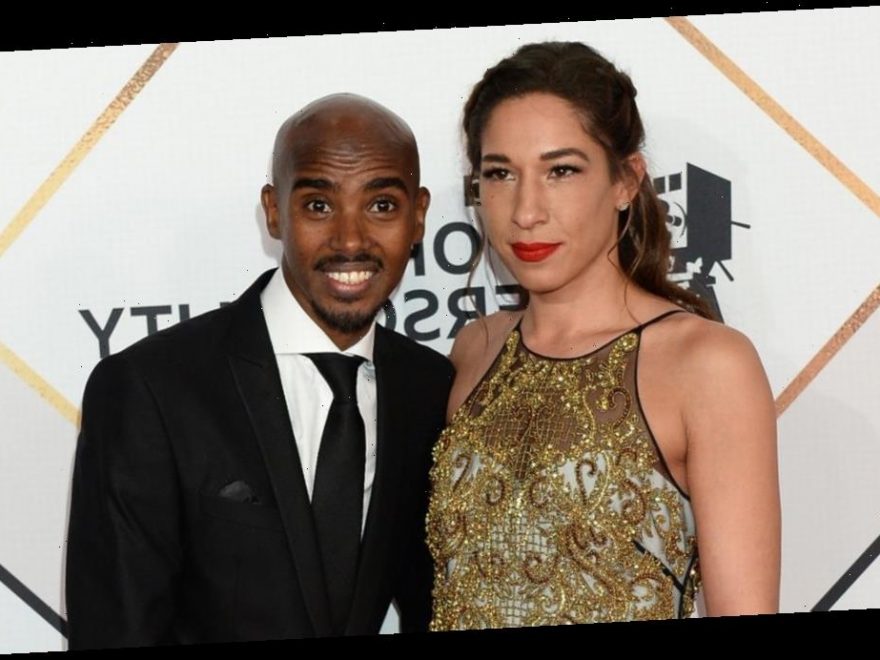 Sir Mo Farah has swapped the running track for a castle in North Wales to take part in I’m A Celebrity… Get Me Out Of Here!

Now Mo is taking on a whole new challenge, which involves living in a castle on basic rations of rice and beans, and taking part in gruelling trials in the hope of winning extra food.

But who will be waiting for him when he leaves the I’m A Celeb castle?

Meet his stunning wife Tania, who always supports him, whether it be on or off the track.

Who is Mo Farah’s wife Tania?

Mo’s wife is Tania Nell, who can be regularly spotted alongside their children at the finish line of his races.

The family are often pictured together when he celebrates his victories.

Mo first met Tania, who was then 11, at school in London after he became friends with her brother Colin.

The athlete was living with his aunt at the time after coming to London at the age of eight from Somalia.

In September 2016, Tania told The Telegraph that they were like “brother and sister” for several years until they left school and grew apart.

Meanwhile, Tania’s mother Nadia told Evening Standard that the chemistry was evident from the start.

Nadia explained: “She was a couple of years below him at school, but I think he always liked her and they’d hang out a lot together.

“Later when Tania got into athletics as well, completing in the heptathlon for her school and her count, they got even closer.” When Tania was 22 they reconnected on Facebook and began dating.

Nadia and Mo got married on April 3 2010 at a lavish wedding ceremony in Richmond.

The event was attended by many other big sports stars such as Paula Radcliffe and Jo Pavey.

The couple have three children together, twin daughters Aisha and Amani born in August 2012, and son Hussein in 2015.

Tania also had a daughter called Rihanna from a previous relationship, who Mo treats as his own.

Mo’s intense training regime means he spends a lot of time away, but Tania says he makes up for it when he’s back.

Tania said: “He does everything I do, and more – he takes the girls out a lot more than I do. It's his way of making up for all the time he's away, and he has one-on-one time with all of them.”