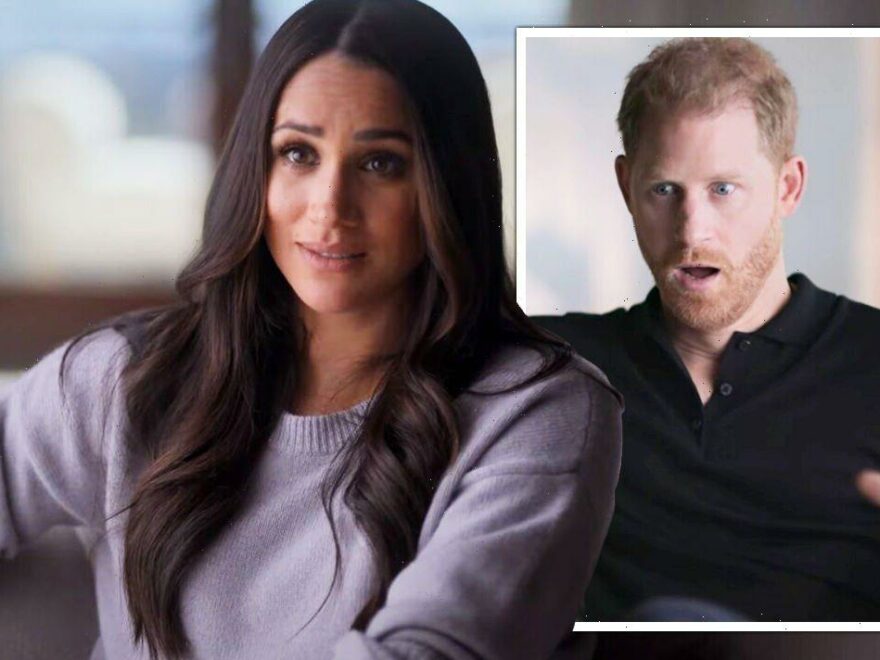 Prince Harry and Meghan Markle’s controversial new documentary has blown the lid off the former Royals’ experiences since their marriage in 2018. With more to come on Netflix over the next week, the Duchess of Sussex confirmed her friends urged her to reconsider when she started getting hounded by fans and paparazzi.

Meghan has revealed her friends and family wanted her to reconsider her relationship with Harry when she started receiving more media attention.

When their romance became public in 2016 while she was still working on the USA Network drama Suits, the future Duchess was forced to increase her security detail to avoid photographers.

She even admitted to receiving death threats and had several people stalking her when her relationship with Harry was made official.

“When all of that started happening, my friends and people in my life who love me and care about me are like, ‘Is he worth this?’” she recalled.

“‘Is he worth this? Look at what’s happening to your life.’”

Meghan previously went into great detail about how her increased fame constantly made her feel unsafe.

“If any other woman in Toronto right now said to you, ‘I have six grown men who are sleeping in their cars around my house and following me everywhere I go and I feel scared’, wouldn’t you say that was stalking?” she recalled telling the police.

“And they said, ‘Yes, there’s really nothing we can do because of who you’re dating.’

“So I’m just supposed to live like this? And then I got a death threat and then things changed because I needed to have security.”

Her security detail Steve Davies revealed they would even have to misdirect journalists and paparazzi to ensure Meghan’s privacy when she travelled.

Although the Sussexes are now avoiding the public eye after departing from the Royal Family, Meghan’s friends were clearly worried her proximity to Harry could affect her safety.

Even so, she actually went on to credit her relationship with the Prince for keeping her going through this difficult period.

“We just did everything we could to be there for each other,” she said.

“We had to stay connected. We wouldn’t have survived it if we weren’t.”

“Most of the time we were on the other side of the Atlantic. She was in Canada working.

More bombshells from Harry and Meghan are expected to come as their documentary series continues with another episode next week.