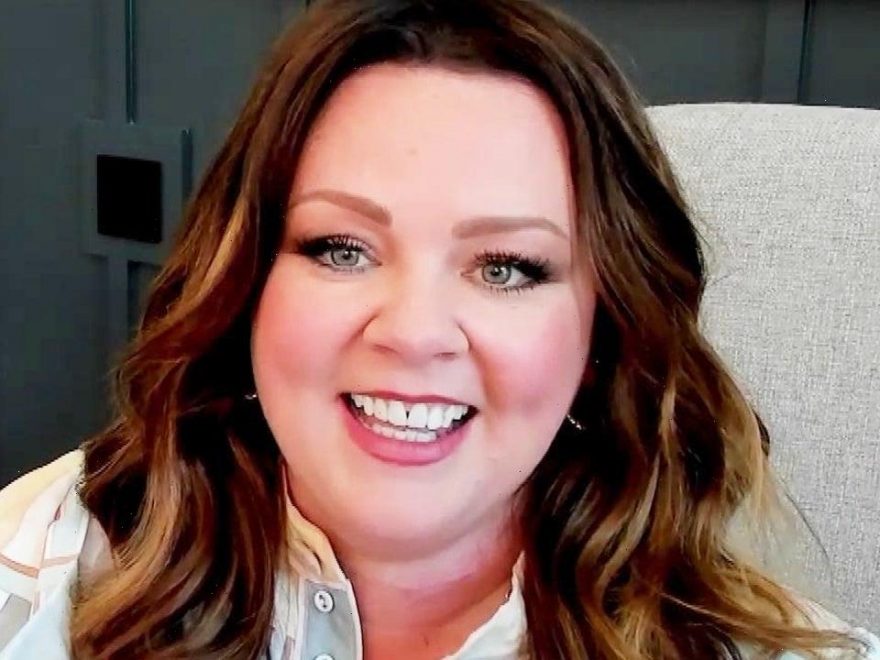 Melissa McCarthy is inspired by Meghan Markle! While speaking to ET’s Kevin Frazier, to the 50-year-old actress revealed why she was eager to get involved in the Duchess of Sussex’s 40×40 initiative.

Earlier this month, in honor of Markle’s 40th birthday, McCarthy starred in a video alongside the duchess, which encouraged other women to contribute 40 minutes of mentorship to a woman who’s reentering the workforce. It was an opportunity McCarthy called “just amazing.”

“I’m impressed and inspired by her. I love [when] someone chooses to lead their life the way they want to and give their children the life they want to give them,” McCarthy said, seemingly referencing Markle and her husband, Prince Harry’s, decision to step down as senior royals. The couple shares Archie, 2, and Lilibet, 2 months.

“It’s her 40th, [I was wondering,] ‘What fun thing does she want?’ and instead she’s like, ‘How can I get more people to help other women that need help?'” McCarthy recalled of Markle. “I was like, ‘That’s what we need. We need a billion more people like that in the world to do that, to take a little bit of time, then you can really help somebody.'”

Following her video with Markle, McCarthy has been busy promoting her latest project, Hulu’s limited series Nine Perfect Strangers, which is based on Liane Moriarty’s best-selling novel of the same name.

McCarthy stars in the eight-episode series as Francis, a down-on-her-luck romance novelist, who’s one of nine people that meet at a wellness resort focused on transformation.

In order to participate in the project, McCarthy and the rest of the cast had to quarantine in Australia for two weeks, an experience she admitted was “crazy.”

“It’s something that I feel like when I’m 90 someone is gonna be like, ‘What do you mean quarantine?’ You get put in a hotel room by the military and they said, ‘See ya in 15 days, don’t screw up.’ And you were like, ‘You got it!'” she quipped. “It’s wild… You go a little wacko. All worth it.”

Series star Nicole Kidman likewise dedicated herself to the role, as she opted to speak in her resort-leader character, Masha’s, Russian accent, both on and off camera during the making of the movie.

“She goes, ‘I have to stay in it because otherwise I’m gonna sound like an Aussie when I’m doing it,'” McCarthy said of the Australian actress. “She was really good about staying in it, which I totally get. She’s like ‘Oh God, if I keep going back and forth I’ll lose my mind.'”

“It didn’t seem weird,” McCarthy added. “… When you would hear her real accent I was like, ‘Oh God, that’s right.'”

Nine Perfect Strangers premieres Aug. 18 on Hulu. Tune in to Monday’s episode of Entertainment Tonight for more of ET’s interview with McCarthy.