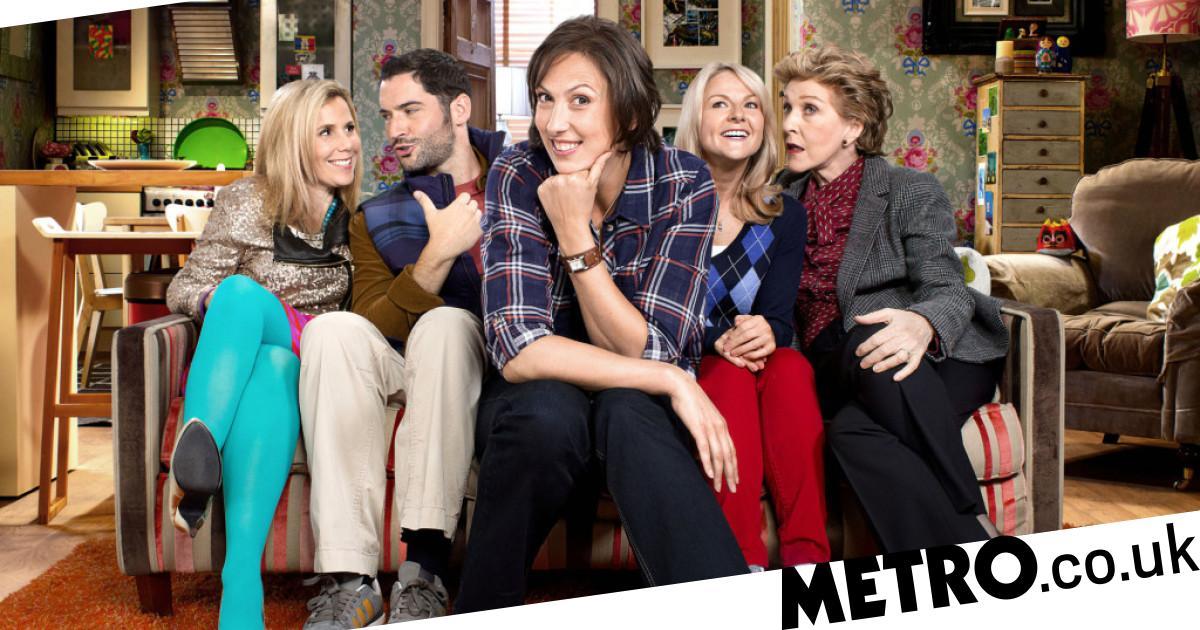 Miranda Hart has confirmed the BBC will be toasting 10 years of her smash comedy Miranda with special reunion later this year.

The slapstick series cast, which co-starred Lucifer actor Tom Ellis and Sarah Hadland, will be reunited on-screen to celebrate the landmark year for the comedy.

Taking to Twitter with a statement, Miranda wrote: ‘Hello to you – I am with news. So, in November it will be 10 years since the first episode of Miranda aired. We are 10! And we have decided to have a party.

‘The Miranda cast on and off screen are all about play, being free to be ourselves and silliness, so we are amazed and delighted that BBC One have agreed that our celebrations will be recorded as a one-hour special later in the year.’

‘I will keep you posted but I suspect there might just be some special guests, probably the odd bit of dancing, definitely some drinks and nibbles,’ she continued.

‘You know what I hope it will be – SUCH FUN for us, but more importantly for you all you lovely friends of the show for whom I shall be forever grateful for your support. See you soon.’

It’s not yet confirmed which of the main ensemble cast will be popping up for celebrations with Miranda – though we have no doubt it will be such fun to see them back together.

The final episode of the show aired back on New Year’s Day 2015 – with Miranda finally marrying her beloved Gary (Tom Ellis) and getting a snog from Gary Barlow after years of near misses and bumps in the road.

Patricia Hodge took on the role of Miranda’s overbearing but loving mother, Penny, with Sarah Hadland playing her bestie Stevie, and Sally Phillips was her ever busy and snooty friend, Tilly.

It’s yet to be confirmed who of the cast will be coming back.

As all of the cast have gone on in their careers, Tom Ellis has left the UK completely – becoming a cult favourite thanks to his appearance in US series Lucifer.

Playing the devil himself, he is soon due to start production on the fifth and final season of the show.

Metro.co.uk has contacted Tom Ellis’s reps for comment and confirmation.