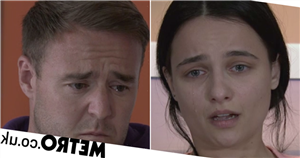 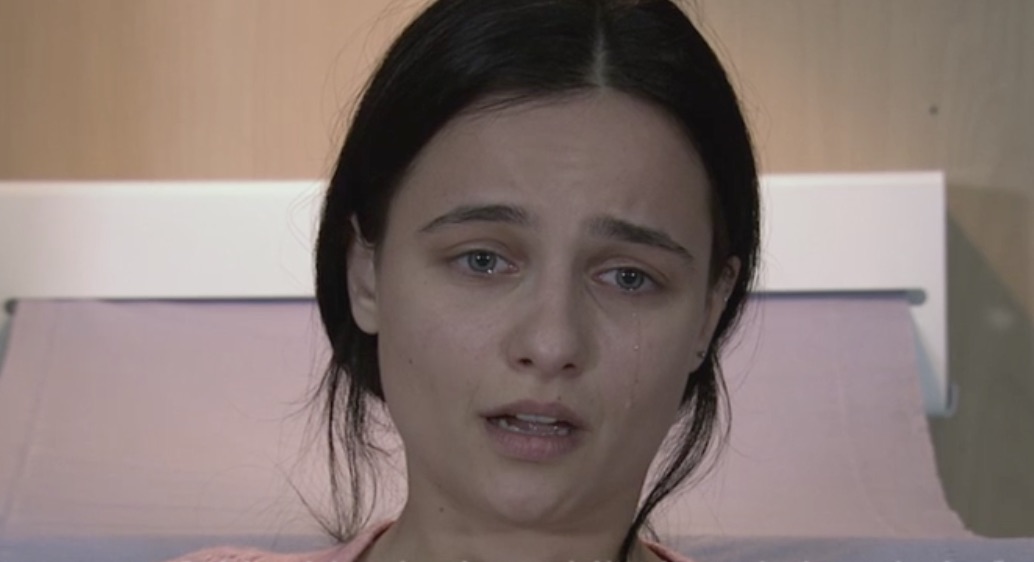 Alina Pop (Ruxandra Porojnicu) was left utterly heartbroken in tonight’s Coronation Street, as she was informed that her baby’s heart had stopped beating.

The former nail technician was in hospital recovering after her flat went up in flames earlier this week.

Having inhaled a lot of smoke from the blaze, she was feeling a little worse for wear, but was under the impression that both she and the baby would be fine.

Tyrone Dobbs (Alan Halsall), meanwhile, reiterated his love for Alina and their unborn son in emotional scenes, before naming their child Andre, in tribute to Alina’s grandfather.

The duo were all set to return home, after Alina was discharged and told to take it easy, but moments after getting out of her hospital gown, the young woman clutched her stomach in agony, before telling the doctor that she thinks she’s bleeding.

Alina was taken for more tests, and she became incredibly worried when the sonographer seemingly wouldn’t let her hear the baby’s heart beat.

The doctor returned to the room, and broke the sad news that Alina had suffered a miscarriage.

‘I’m so sorry,’ she said, ‘but the baby’s heart has stopped beating.

Alina and Tyrone broke down in tears, with Alina blaming herself for the tragic loss, as she believes she was responsible for the fire, after it was determined that an aromatherapy candle was what caused the blaze.

Viewers will know that, while the candle did cause the fire, it wasn’t actually Alina’s fault, as Hope Stape (Isabella Flanagan), enraged that Ty was going to have a baby boy, seemingly schemed and moved the candle.

Evelyn Plummer (Maureen Lipman) starts to suspect Hope was responsible in upcoming scenes, but will she be able to prove it?

And will Tyrone, Alina and Fiz (Jennie McAlpine) find out the truth?